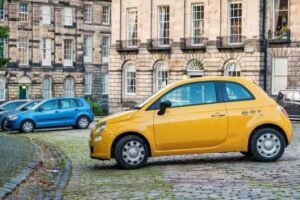 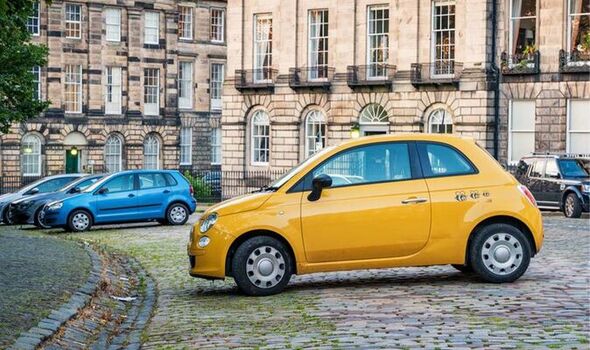 Taking to the internet, one mother – who chose to remain anonymous – wrote: “I have purchased a flat within a building that contains 8 flats. Each flat has an allocated parking space but no numbers exist on the ground to show that’s the case.”

According to Edinburgh Live, the post on Mumsnet said: “All the times I’ve visited the flat (three times) there has been a car parked in the space designated to my flat.

“The surveyor has also visited and there was again a car parked there. When I first viewed the place there were tenants in my flat and they informed me that they think there is a flat that has two cars, and those occupants clocked on that their parking space wasn’t being used, so just started to park their second car there.

“What do I do if I come to moving in and there is still a car parked in my space?

“I have asked the owner to let the current building occupants know that she has sold the flat and the parking space is needed. There is still a car parked there.

“Stressing about this and I haven’t even moved in yet. How do I stop this car parking drama before it even starts?”

Mumsnet users swooped in to help, with some sharing they had been in a similar situation. One replied: “Suggest that owner puts a sign on the space saying “allocated parking for Flat three only.”

“When you own it you can install a lockable bollard in the space. That’s the only way to stop people parking in it”, another suggested.

A third added: “I’ve got this problem in my block of flats. It’s a huge block and money is changing hands to keep an eye. I’ve also get very chatty neighbours who keep trying to figure out when I’m not around. Check the lease to see if you’re allowed to install a bollard.”

And another simply said they wouldn’t even live somewhere without designated parking: “I wouldn’t buy there. Unless the parking is properly organised it will continue to be a problem.”

While another warned: “Definitely just introduce yourself and find out whose car it is.

“The chances are this will be no bother to sort out at all. Having a lockable bollard would be a bit of a pain and would look over the top if no other flats have one.”