'Motor shows display signs of coming back to life' 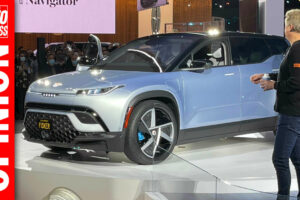 In the space of a couple of months we’ve had two successful major motor shows take place (Munich and then Los Angeles) while one – Geneva – was cancelled. This was after the British Motor Show this summer pleased many thousands of showgoers.

That’s one thing we forget: these shows are for car buyers and car fans. The days that us journalists turn up and industry folk network are a happy byproduct.

To prove the point, I met up with two Auto Express readers from the US at the LA Auto Show: Ralph Grimes and George Pasti. They’d travelled to LA from Arizona because, as Ralph put it, “A good motor show
is still the best place to see lots of cars in one place to help me decide which one I’m going to buy next.”

Ralph claims to be a veteran of many motor shows, so what does he feel needs to change to keep shows fresh? “We all read about cars online and do our research there, but the most important thing is still being able to get a good look at and sit in a new car – and to get a good experience from the brand I might buy from.”

He also wants to drive his next car, which is likely to be an EV, so he was interested to hear of plans for next April’s New York Motor Show to allow drivers to test drive EVs inside the show halls – UK organisers take note.

So which of the cars at LA did Ralph and George like best? Ralph thought Kia’s EV6 would be worth thinking about, but – like me – felt the Fisker Ocean was the star of the show. And George loved the all-electric Ford F-150 Lightning pick-up and was wowed by the interior of Hyundai’s Concept Seven. “I’d love a car to be able to drive me around, while I sit and relax like that,” he said.

Making a motor show more of an experience is top of organisers’ agendas – and there are more exciting plans for events in the UK we can reveal soon. But for shows to succeed they need the backing of car makers. Let’s hope they see the value a great motor show gives car buyers and fans.

Check out our round-up of the LA Motor Show here…