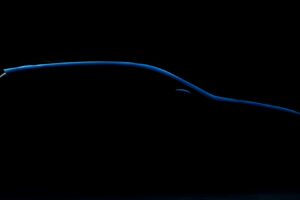 Subaru is bringing an all-new 2024 Subaru Impreza to the upcoming Los Angeles auto show this month, celebrating the 30 years since the automaker introduced the compact car to the U.S. market in 1992. Considering the Impreza is directly linked to its burlier sibling, the Subaru Crosstrek SUV, which is essentially an Impreza hatch with a lifted suspension and also is new this year, we expect to see similar improvements and design tweaks on the new Impreza. But the reveal has an intriguing choice of host, which could mean something more is in store.

All we can really glean from today’s teaser image (at top) is that the new Impreza will continue to be available as a hatchback, despite it being far from the brand’s most popular model in regard to sales. Think of the Impreza as essentially just the “car” version of the better-selling Crosstrek SUV, just without the “rugged” body cladding and slight suspension lift and a few other minor tweaks. Both are based on the automaker’s scalable unibody Standard Global Platform.

We expect the sixth-gen U.S. Impreza to get standard all-wheel drive, an updated roof-mounted EyeSight safety system suite, and likely an available five-speed manual transmission or CVT automatic. Based on the updated 2024 Crosstrek, we also anticipate more interior storage space, improved cabin noise dampening, and a new 11.6-inch infotainment touchscreen inside, along with new 18-inch wheels and standard LED lighting on the exterior.

The new car should also get Subaru’s 2.5-liter naturally aspirated flat-four Boxer engine unit, which is good for 182 horsepower in the 2022 Legacy sedan. It’s unclear if the Impreza will get the Crosstrek’s new hybrid setup and/or the Legacy’s more powerful 2.4L flat-four as alternate options.

The LA show reveal of the new Impreza will be available to watch via livestream on November 17. Interestingly, the reveal will be hosted by professional skateboarder and rallycross driver Bucky Lasek, who will also be joined by his daughter, Paris. Bucky got his start in skating, appearing at the X Games in the 1990s, but became a factory Subaru rallycross driver in 2012. You may also recognize Bucky from his appearance on Jay Leno’s Garage with his COBB-tuned 2016 Subaru WRX STI, or for his widebody STI-swapped first-gen Impreza featured on Larry Chen’s YouTube channel.

We can’t help but think that the presence of the Laseks at the new Impreza reveal might suggest something enthusiast-oriented could be in store for the new generation. But at the same time, Subaru has already split its performance-oriented WRX model off from the Impreza into its own lineup back in 2014, and announced earlier this year that it had no plans for a hotter STI version of its latest 2022 Subaru WRX sedan. That’s all to say it would be very surprising for Subaru to turn around and offer something enthusiast-oriented that isn’t more than a unique trim package for the Impreza, but we’ll just have to wait and see.