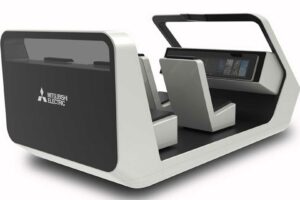 Fully autonomous cars are years, if not decades, away. The transition will require automakers to install various devices that ensure the driver is paying attention to the road just in case they have to take control of the vehicle. Driver monitoring systems already exist in many makes and models, but a new Mitsubishi Electric concept, the Emirai xS Drive, previews the technology’s next potential iteration.

The cockpit concept, which shouldn’t be seen as a preview of a future Mitsubishi cars cabin – they’re different entities under the same corporate umbrella, combines several technologies that truly assist the driver. The cabin features an infrared camera that captures the driver’s facial and biometric information, which includes capturing minute changes in skin brightness caused by a person’s pulse rate. It can even detect these changes with vehicle vibrations and changes in the interior ambient light.

The camera also looks at the driver’s posture, movements, and body temperature for signs of fatigue, using all the available information to judge the driver’s alertness. If the driver appears drowsy, the vehicle will send an alert recommending a break or stop the vehicle along the shoulder. The concept also includes radio wave sensors Mitsubishi uses to detect the presence of any occupants and their body size in the car to determine whether an infant had been left behind.

Mitsubishi Electric takes the technology a step further by combining it with the High-Definition Locator. The technology monitors where the driver is looking and brightly illuminates the road in that direction while also considering the shape and curve of the driving surface.

The concept makes its official debut at next month’s CES in Las Vegas. It could be years before the technologies find their way into production vehicles, though automakers will be looking for ways to meet increasing stringent safety standards, like the need for new anti-drunk driving technology.