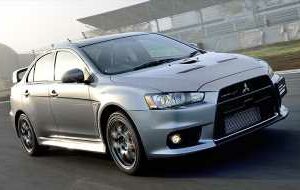 When Mitsubishi Motors discontinued the Lancer Evolution (it ended with the Evo X) around half a decade ago, performance car fans were left disappointed and hoped that the famed nameplate would be revived. In May, the Japanese carmaker did revive something – the Ralliart brand – although it said this will see the launch of custom-made accessories and a reentry into motorsports.

“We announced the revival of Ralliart in May. We plan to expand it to a wide range of models as genuine accessories first, but we will also consider involvement in rallying in the future. We will make various efforts to realise this,” said Kato.

On the matter of the Lancer Evolution, Kato said this was strongly requested by shareholders, which is certainly surprising. In most cases, the lack of a business case that is at least profitable typically means enthusiasts models will not see the light of day.

Unfortunately, Mitsubishi currently has no plans to build a new Lancer Evolution, as the primary goal now is to return the company to profitability. As part of this goal, the company is focused on electrification and developing models that are said to bring back the feel of “Mitsubishi-ness driving.” This requires monetary investment that it cannot simply direct to making a new Lancer Evolution, which is certainly not a mass-market model.

“Electrification requires a lot of development costs, and the company is still not strong enough. We had a big deficit in the previous fiscal year, so we must first revive the company before putting out the cars that fans are waiting for. I want to go,” said Kato. So, the door to a new Lancer Evolution isn’t completely shut, but Mitsubishi just can’t afford to invest in such a car for now.

As part of its new strategy, Mitsubishi intends to have electrified vehicles account for half of its global sales by 2030. The company certainly isn’t a stranger to electrification, as was one of the first that offered an EV in the form of the i-MiEV way back in 2009.

Before that, in 2005, the company revealed the Lancer Evolution MIEV concept that is based on the Evo IX and featured four in-wheel electric motors, with each one rated at 68 PS (67 hp or 50 kW) and 518 Nm. A 95-Ah lithium-ion battery powered the e-motors, allowing the car to hit a top speed of 180 km/h.

If a new Lancer Evolution does become a reality, it will likely receive some form of electrification – possibly a hybrid or even a fully electric powertrain – to ensure it complies with emission standards that are getting more demanding. It’ll take some time, but if Mitsubishi gets on the right path and the conditions are just right, we could welcome back the Lancer Evolution.