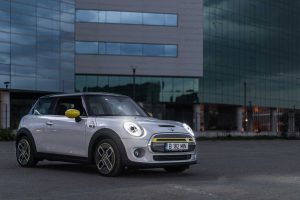 The BMW i (i3/i8) decreased by half in the first six months, so now MINI sells a similar number of plug-ins.

We already saw BMW Group’s general plug-in car sales in the second quarter of 2020, but with the more detailed numbers that emerged recently, we can now see how the particular branches cope.

There are three categories of BMW plug-ins: BMW i (currently represented only by the i3, as i8 was retired in H1 2020), BMW e plug-in hybrids, and MINI Electric plug-ins (one PHEV and one BEV).

Sales of the MINI Electric category were stable, which means that the all-electric MINI Cooper SE was replacing the decrease of MINI Cooper S E Countryman ALL4 plug-in hybrid.

Anyway, about 7.2% of MINI sales were plug-ins and the share is growing.

The true increase of BMW plug-ins is ahead of us, as there will be many more plug-in hybrids (some with fairly decent EV range) and all-new all-electric models.

It should not take long before plug-in sales will take between 10 and 20% of BMW/MINI total result.