Mini Countryman SE Is A Master In The Moose Test 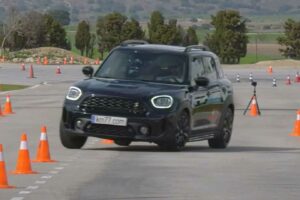 The Mini Countryman SE makes an outstanding performance in the Moose Test – a test that aims to simulate an event wherein a vehicle was to avoid an obstacle on the road, such as a moose. The folks from km77.com have put the Countryman SE to the test and as it turns out, it’s among the top of the class in both moose and slalom tests.

In the first attempt, the presenter noted that they still didn’t know how the car will react. It was at 74 kilometers per hour (46 miles per hour) and the Countryman SE was able to complete the test with relative ease despite the vehicle’s lofty weight. 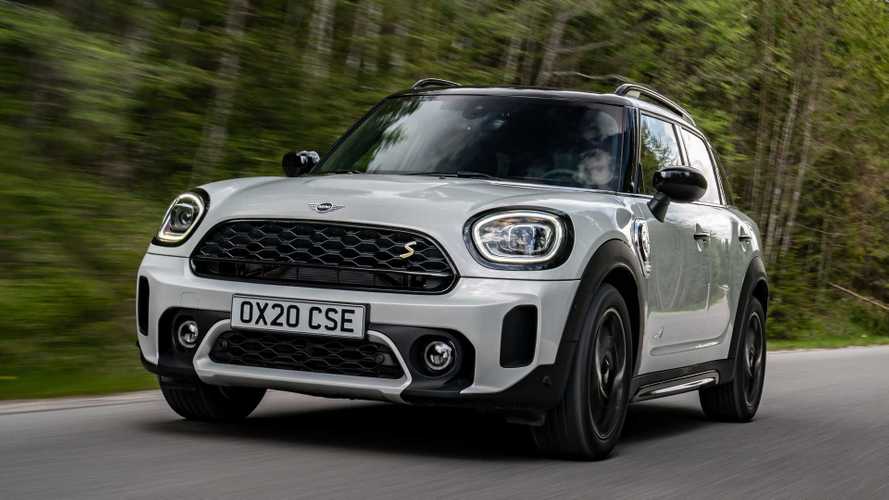 The presenter noted that the Countryman SE was quite nimble and the body barely rolled. The ESC was also employed in a subtle way.

The Mini Countryman SE’s best performance was at 79 km/h (49 mph), which was above the 77 km/h (47.8 mph) benchmark. At this speed, the plug-in hybrid Mini crossover was able to avoid all the cones. The presenter said that the vehicle was easy to control despite the speed.

There was another attempt at 81 km/h (50.3 mph), but the Countryman SE failed to exit the obstacle cleanly in spite of the good initial evasive maneuver. The testers blamed it on either the reaction time of the driver or the traction of the tires.

Apart from the moose test, km77.com also conducts slalom tests, which the Countryman SE passed with flying colors. In fact, the crossover was able to finish the course in 23.3 seconds. That time puts the Countryman SE at the top of the channel’s tally, besting the new Cupra Born and Peugeot 308 Hybrid.