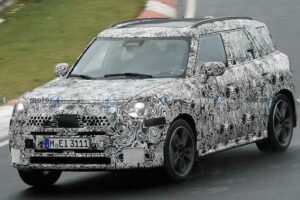 The next-generation Mini Countryman continues to hide its design under deceptive camouflage. New spy shots capture the Countryman and Countryman S out testing, with the higher-performance variant tackling the Nurburgring race track while the regular Countryman gets tested on public roads.

We can’t see the crossover’s new design, but the new Mini looks like it will modernize the model’s styling for the next generation. The brand’s trademark circular headlights are visible at the corners of its face. We’ll have to have some camo drop to get a real idea of the Countryman’s new styling features. 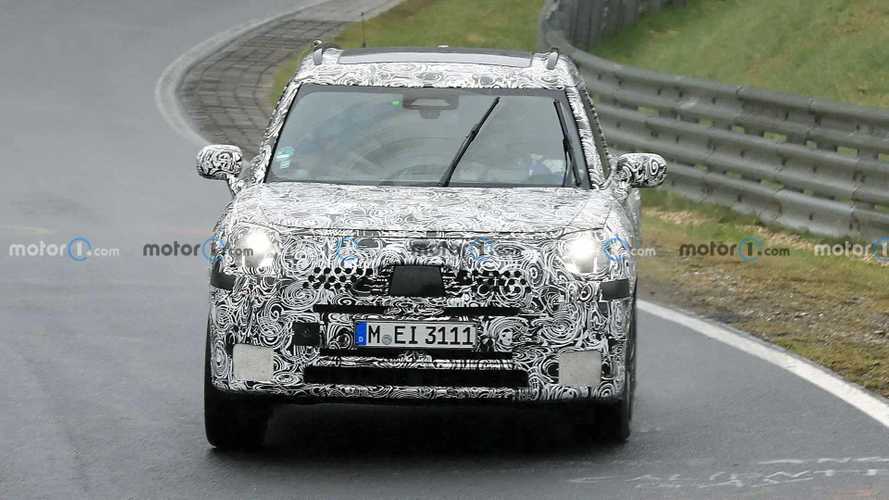 The new Countryman will share its underpinnings with another BMW Group model – the new BMW X1. The two will ride on the brand’s FAAR architecture, which means the pair will also share powertrains. That means the higher-performance Countryman S could pack the engine that’ll be offered in the new X1 M35i – a turbocharged 2.0-liter making 302 horsepower (225 kilowatts) and 450 pound-feet (332 Newton-meters) of torque.

There are conflicting reports about a potential PHEV variant, with one rumor suggesting Mini will offer a fully electric Countryman instead. However, there is another rumor that Mini will build a plug-in hybrid that gives a turbo 1.5-liter three-cylinder some electrical assist to produce a combined 322 hp (237 kW). It’s all speculation for now.

Our spy photographers have already had a look at the interior, revealing an oval-shaped display on the dash and a thin instrument cluster screen behind the steering wheel. It’ll be an evolution of Mini’s trademark interior design touches.

The new FAAR platform will also allow Mini to increase passenger and cargo space. Compared to the outgoing model, the new Countryman will grow in size, remaining the brand’s largest offering by increasing its length by 20 centimeters (7.8 inches). Rear-seat occupants should benefit the most from the crossover’s larger footprint.

We expect Mini to reveal the new Countryman and Countryman S in late 2022 or early 2023. The new Mini will go on sale for the 2023 model year alongside the next-generation BMW X1, with the two rolling off the same assembly line in Leipzig, Germany.