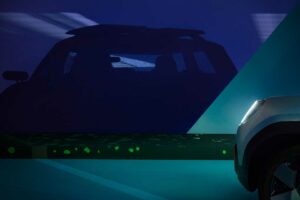 Mini has plans to reveal its new fully electric Aceman concept car in the coming days. The Aceman EV crossover will give consumers a glimpse of Mini’s future design plans related to its EV-only efforts going forward. Mini will be phasing out models to make way for a full electric lineup by 2030.

Mini isn’t the only automaker touting an all-electric lineup in the future. However, it has yet to unveil many details related to how it intends to carry out those plans. The German automaker, which is owned by BMW, has a very small lineup, which already includes one fully electric car, the Cooper SE electric hardtop.

According to Autocar, Mini’s five-door hatchback isn’t likely to get a future electric version. The publication also notes that the Clubman probably won’t be replaced, and the Countryman PHEV is also going away.

The Mini Aceman EV will set the ball rolling for future Mini models, not only related to their platforms and powertrains, but also their notable design cues. Mini has shared that it will soon unveil fully electric versions of the two-door Cooper and the Countryman SUV that are related to the Aceman concept, though each model will be markedly unique. Mini’s design chief Oliver Heilmer shared:

“Purely electrically powered models from Mini give us a unique opportunity to rethink our design.

At the same time, we retain the attention to detail, sense of tradition and passion for innovation that Mini is renowned for.”

The Aceman stands to be a high-riding crossover with a luxury car price tag. The brand says it will be smaller than its current Countryman SUV. Mini will manufacture the Aceman EV in China as part of a joint venture with China’s Great Wall Motor.

Mini has noted that the Aceman concept will have a “radical” design that balances cutting-edge tech with traditional values. The unveiling will give the world the very first look at what to expect from Mini’s next-gen fully electric lineup.

The cars will feature unique LED lighting so that each model can have its own “individual light signature.” Mini says it’s also doing away with genuine leather upholstery and reducing chrome as it puts a greater emphasis on sustainability.