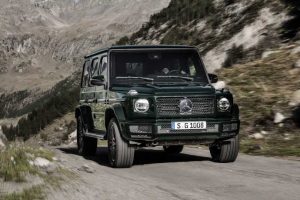 This further confirms that an all-electric version of the terrain-conquering G-Class is on its way.

While Mercedes-Benz is working on a range of EQ-badged fully-electric models, it’s worth noting that only some of those models were actually conceived from the ground up as EVs. The EQA, EQB, EQC and EQV are all just electric versions of existing gas-burning models and it looks like the automaker will add another model along those same lines to its EQ lineup.

That model is an all-electric version of the go-anywhere G-Class, the company’s historic off-roader that’s still on sale despite originally going on sale in 1979. It’s battery-powered variant will be called the EQG and thanks to a recent post on MB EQ Club, we also have some idea as to how much power Mercedes wants it to have.

According to the source post, the automaker has filed for trademarks on the EQG 560 and EQG 580 nameplates. This not only confirms that Mercedes is indeed working on such a model, but we can also estimate what kind of power output it will have. As with other electric models, Mercedes still uses a number designation to give some indication as to the performance of a certain model. 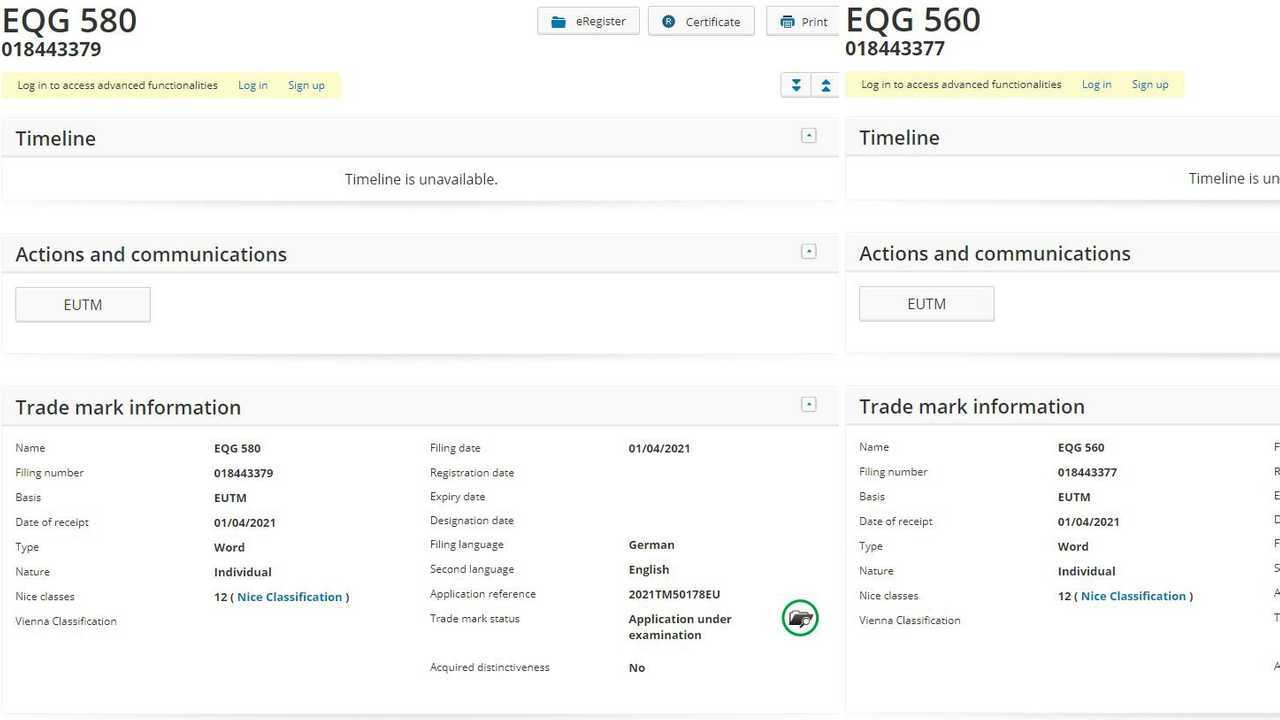 For instance, the EQC is sold as the EQC 400 (even though there’s just the one model on sale) to give buyers an idea where it sits in relation to the rest of its range. In other words, an EQC 400 has similar performance to any other 400-badged Mercedes with either a gasoline or diesel engine. Factoring this in, we can estimate that the EQG 560 and EQG 580 will have around 400 to 500 horsepower.

For reference, the current G500 (known as the G550 in the States) packs a 416 horsepower twin-turbo V8 that catapults the 2.4-ton G-Class to 100 km/h (62 mph) in 5.9 seconds and on to its electronically limited top speed of 210 km/h (131 mph). The electric G-Class will probably be even quicker to sprint, possibly even dipping below the 5-second mark, or coming very close to it.

What we can also speculate upon is the vehicle’s weight. With a big battery pack, even without the hefty V8 lump up front, the EQG could weigh around the 3-ton mark. Rumors say that it will have a 500 km WLTP range and that we should expect to see it debut in 2024, not long after the SUV versions of the EQS and EQE will also be shown.