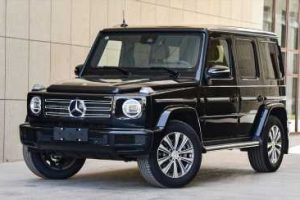 Mercedes-Benz has introduced a G 350 variant of the G-Class in China, which is meant to lessen the impact of the country’s tax system on cars with large engines, as Autohome reports. As such, the G 350 is powered by a more modest M264 2.0 litre turbocharged four-cylinder petrol engine, which is also used for the C-Class and GLC.