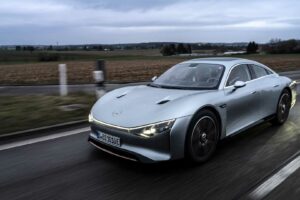 Mercedes-Benz raised eyebrows with the design of the EQXX, a study that closely previews a production model whose main traits are its low weight, aerodynamic efficiency, as well as taking energy from the sun to go further than comparable EVs. When the automaker revealed the concept, it announced that it could do over 621 miles (1,000 km) on one charge.

Well, now it has demonstrated that it can actually achieve the number by driving exactly 626 miles (1,008 km), averaging a truly remarkable 8.7 kWh/100km, which equates to 7.14 miles/kWh. However, there is more to this, since Mercedes says the EQXX still had juice for an additional around 87 miles (140 km), after it had been driven basically non-stop for some 11 hours and 32 minutes… 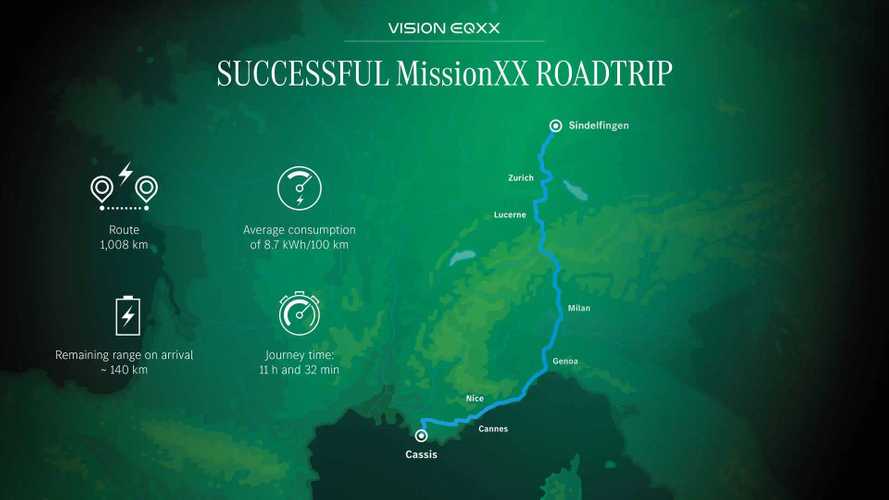 For reference, the longest range version of the EQS electric sedan flagship, the 107.8 kWh 450+, is conservatively rated by the EPA at 350 miles (563 km), although an independent test by Edmunds has confirmed that it can fairly easily pass the 400 miles (643 km) mark; in the same range test, the EQS recorded an average consumption of 29.5 kWh/100km, or 3.39 miles/kWh.

With that in mind, the EQXX’s achievement (and the fact that it still had plenty of range left after the test) is even more impressive and it really shows that all the clever innovations that Mercedes has integrated are working. Between its very small frontal area (just 2.12 m² or 22.8 ft²), low drag coefficient of o.17, relatively low weight of 1,750 kg (3,858 pounds) and the 117 solar cells on its roof, it is considerably more frugal than the EQS.

It is worth noting that the photovoltaic array doesn’t actually add electricity into the main battery pack, but the 12-volt battery instead. Through it the car runs auxiliary systems, like infotainment and climate, thus allowing the car to preserve the charge from its main battery pack (whose size is not known for the EQXX).