Mercedes-Benz EQS450+ gets the Brabus treatment – no additional power but EV range improved by 7% – paultan.org 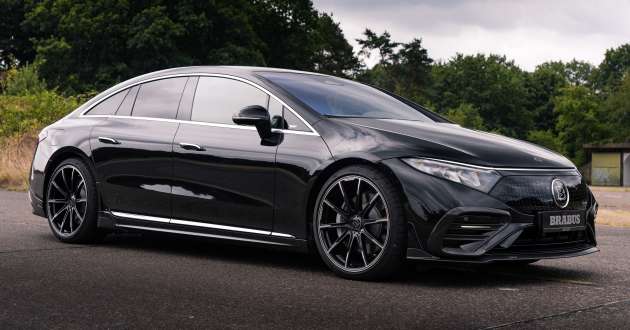 Brabus is a German tuning house that is famously known for making fast cars even faster, particularly those that originate from Mercedes-AMG. For the all-electric Mercedes-Benz EQS, the company is approaching things in a slightly different manner.

Even so, the new offering certainly looks the part as a Brabus offering. The company designed its own body kit that includes new front and rear bumpers as well as side skirts made from carbon-fibre to ramp up the visual impact and “ensure the Brabus 1-second wow effect.” Compared to the AMG Line-equipped EQS450+ we get here, it looks like mission accomplished. 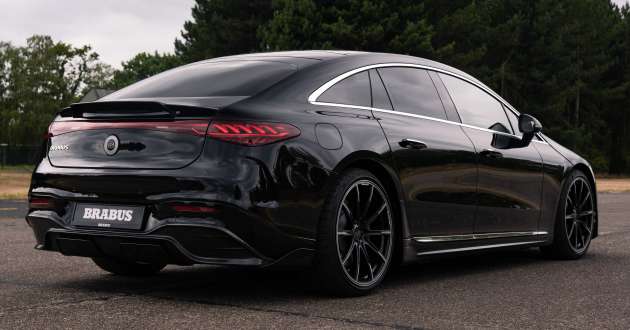 The exterior changes also help improve aerodynamics, and based on the time spent in a wind tunnel, Brabus says the front spoiler reduces front-axle lift by 100%, while also lowering drag for better stability. The carbon-fibre inserts in the front fascia also routes the air more purposefully to the radiators and front brakes.

Meanwhile, air deflectors in the front and rear wheel arches positively influence the airflow further, with the prominent diffuser and spoiler also helping to aerodynamic lift at the rear by up to 40%. All in, the exterior components improve the EQS’ already impressively low drag coefficient by 7.2%.

Also added are a set of the company’s Monoblock wheels, which are available in numerous designs and diameters ranging from 20 to 22 inches. The car in these photos is fitted 22-inch Monoblock Z ten-spoke forged alloys that are paired with 255/35 front and 295/30 rear tyres.

Other modifications involve the suspension, which receives Brabus’ plug-and-play SportXtra module to interface with the air suspension system. This lowers the ride height by 15 mm at the front and 20 mm at the rear, according to the company.

With the body kit and lowered suspension, Brabus says the EQS’ range is increased by 7% on average in the speed range between 100 and 140 km/h. The EQS450+ is not lacking for range from the factory with a WLTP-rated 785 km, but with the Brabus touch, it’s should theoretically achieve 840 km on a full charge.

If you still need more modifications done, Brabus will happily assist you in tailoring the interior to your personal taste with things such as illuminated scuff plates, aluminium or carbon-fibre pedals, high-quality floor mats, a velour boot mat and a range of bespoke upholstery options.