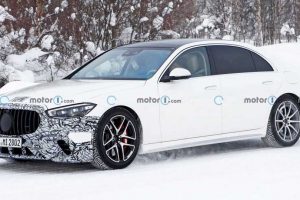 As for the car itself, it reveals a charging port and quad exhausts.

Today is all about the new C-Class in Mercedes land, but we’re taking a break to have our best look yet at the first-ever electrified S63. Yes, AMG is adding a charging port to its speedy luxobarge and it doesn’t even bother to hide it on this prototype caught in snowy Sweden. It’s on the rear fender on the driver’s side, featuring the same shape and location as the traditional cap for the gasoline tank.

If you’re wondering why the test vehicle has mismatched wheels, so are we. One other aspect that puzzles us is why there are dice hanging from the interior rearview mirror, but we’re afraid we’ll never find out the answer. The prototype has camouflage only on the redesigned bumpers, now accommodating larger air intakes at the front and quad exhausts at the rear. 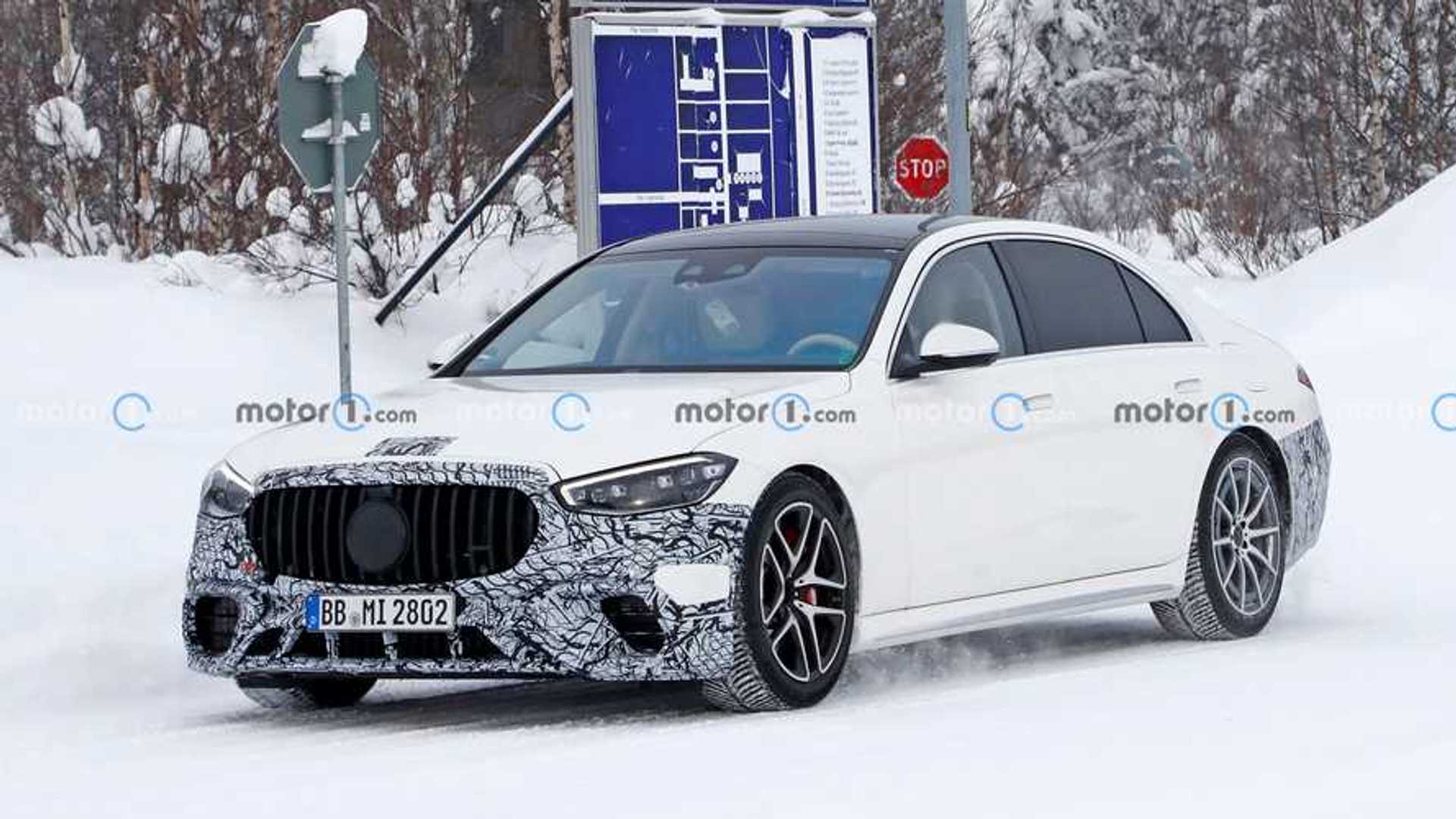 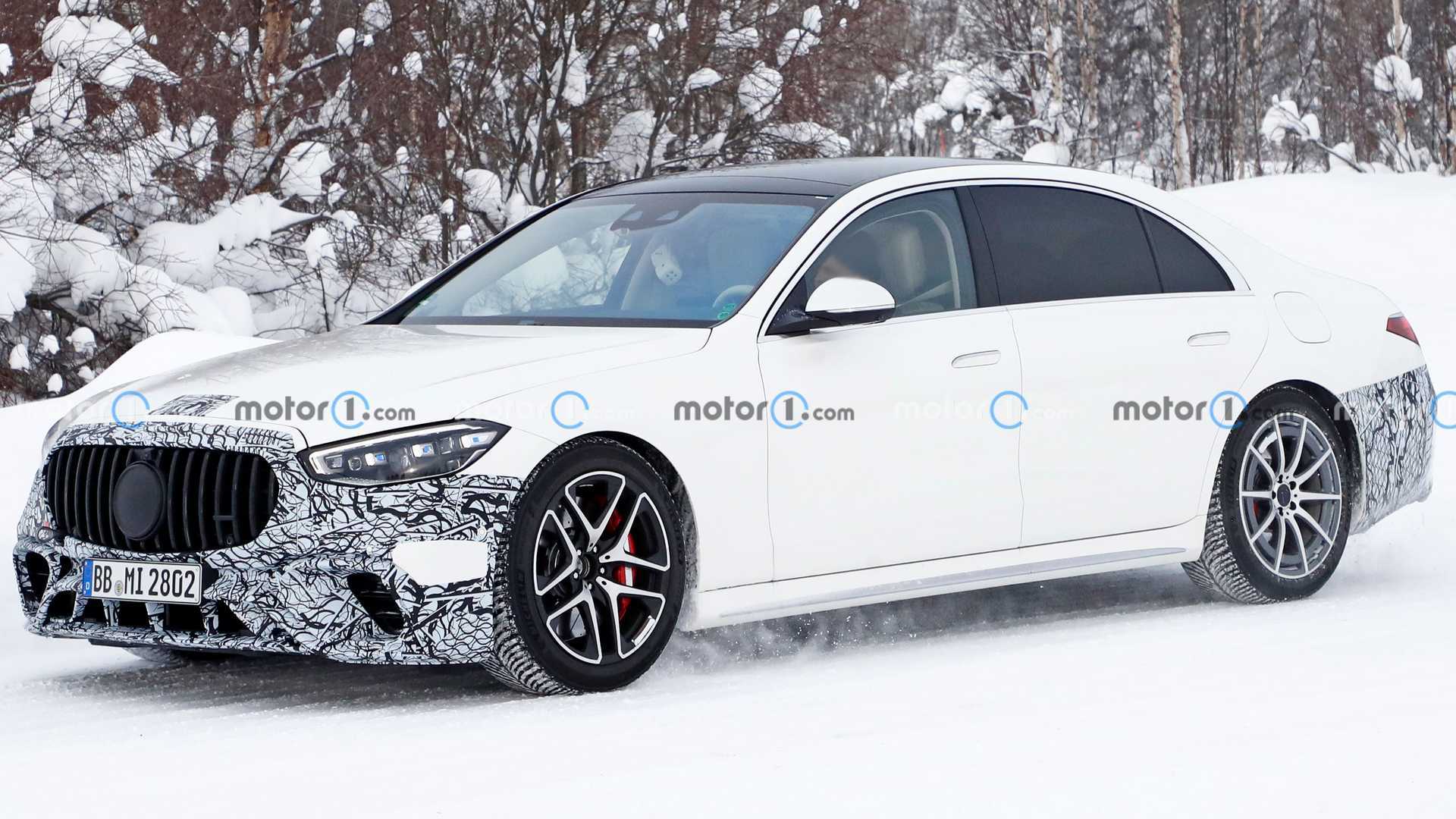 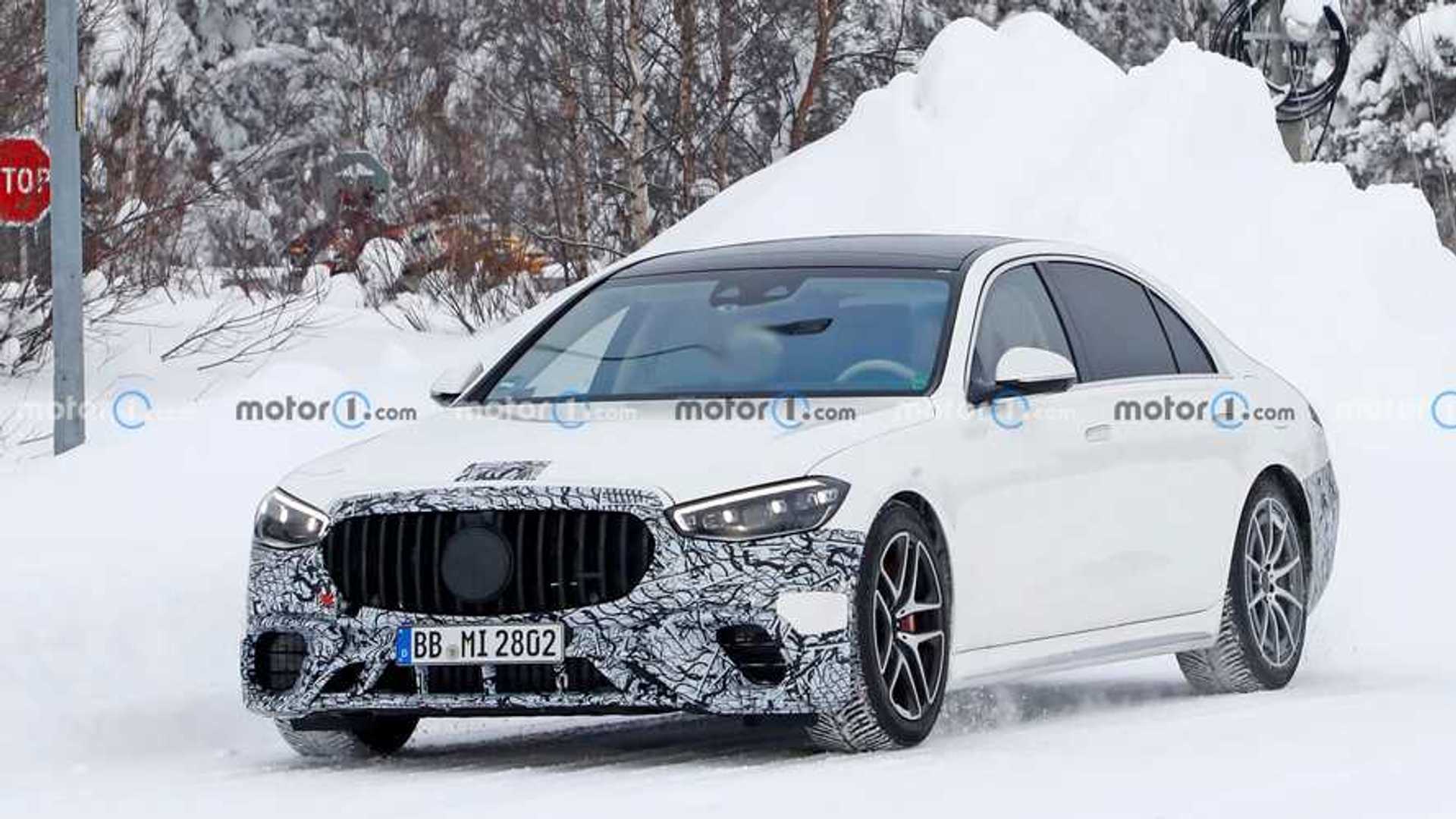 As with the other S63 models before it, the upcoming W223-based car doesn’t look significantly more aggressive than the less powerful members of the lineup. It’s finally getting the Panamericana grille it rightfully deserves, and that should make it easily identifiable among the S-Class flavors. If you know where to look, there are other upgrades we can spot, including the bigger brakes and decreased ground clearance as a result of stiffening up the suspension.

While the next AMG C63 will lose the V8 for a four-cylinder engine with a hybrid assist, the new S63 is expected to retain its eight-cylinder mill and add a heavy dose of electrification. It’s widely believed the combined output of the gasoline engine and electric motor will amount to approximately 700 hp. There are even talks of an S73e with 800 hp to serve as an indirect successor of the V12-powered AMG S65.

You’ll still be able to get the twin-turbo 6.0-liter powerhouse in the new S-Class, provided you opt for the fancier Maybach variant where it will be offered with all-wheel drive for the first time. We’re expecting the S63e to be AWD as well, although nothing is official at this point. The electrification should help with low-end boost, but the adoption of a PHEV setup is primarily about making the S63 meet stringent emissions regulations.

Considering Mercedes and AMG have removed most of the disguise, an official reveal could take place in the coming months.