Home » Mercedes-AMG One Spied In Its Natural Nurburgring Environment

Mercedes-AMG One Spied In Its Natural Nurburgring Environment 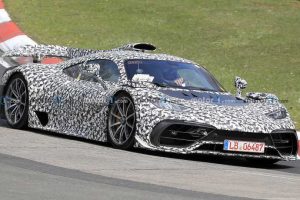 After years of very little news on the Mercedes-AMG One, the last few months have been interesting, to say the least. Things took a turn back in December when an official video dropped, showing Lewis Hamilton climbing into a test car wrapped in a red/gray color scheme. Since then we’ve seen social media posts, teasers, and most recently, a camouflaged test car trolling outside the Nürburgring.

That same car was caught on the right side of the fence this time, tacking the Green Hell with gusto. The photos don’t do the One justice, as it stays absolutely flat no matter how hard it’s cornering. Caught at the Little Carousel, this test car looks low, wide, lean, and straight-up mean with its roof scoop and massive rear wing entering the turn. As it passes the camera, the fender vents and massive center spine take prominence. It looks like it’s sitting on the ground, but as it exits the corner we see the smallest bit of clearance beneath the side skirts. We also see the bonkers diffuser and center-exit exhaust as it rockets away. 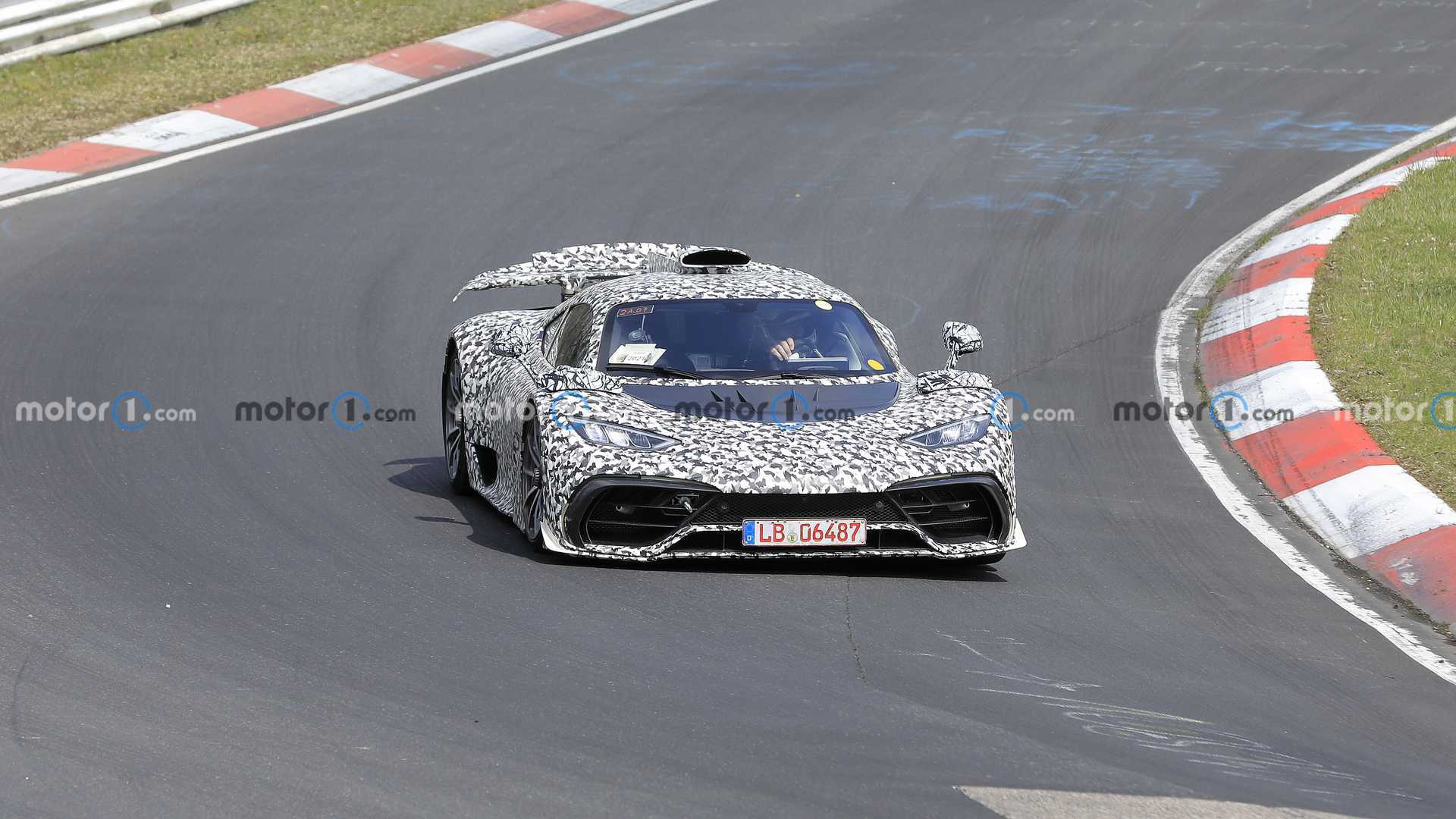 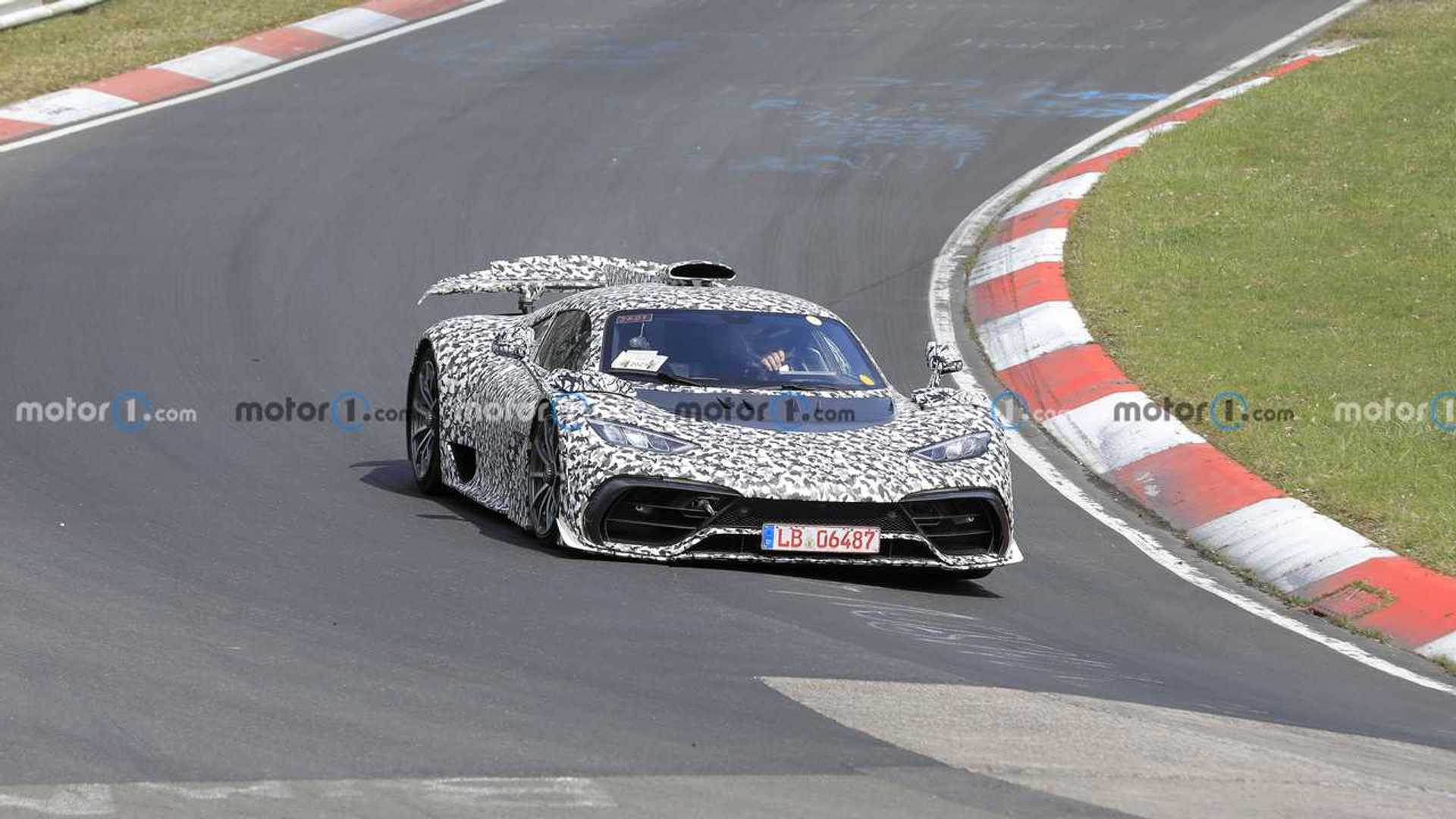 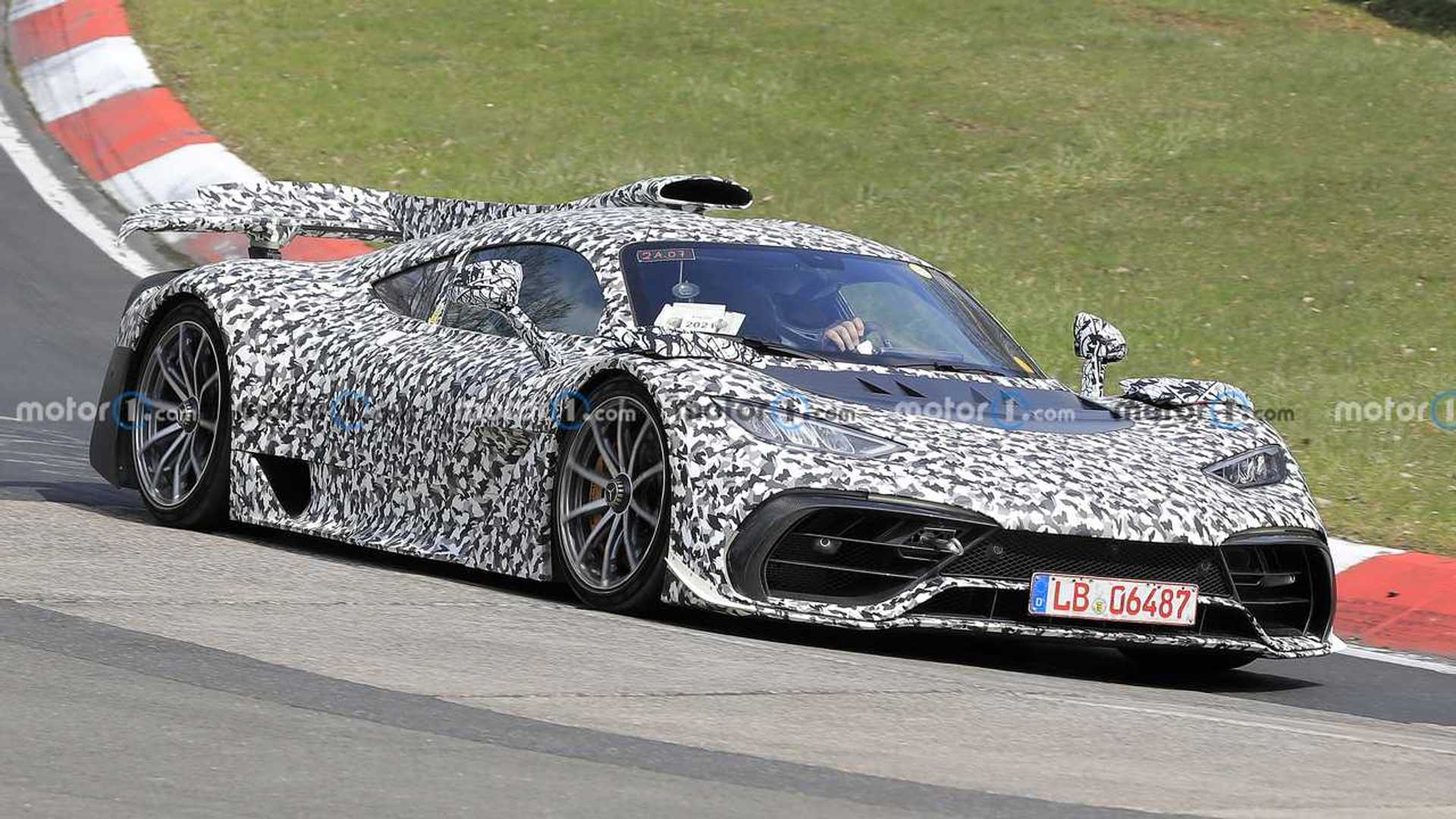 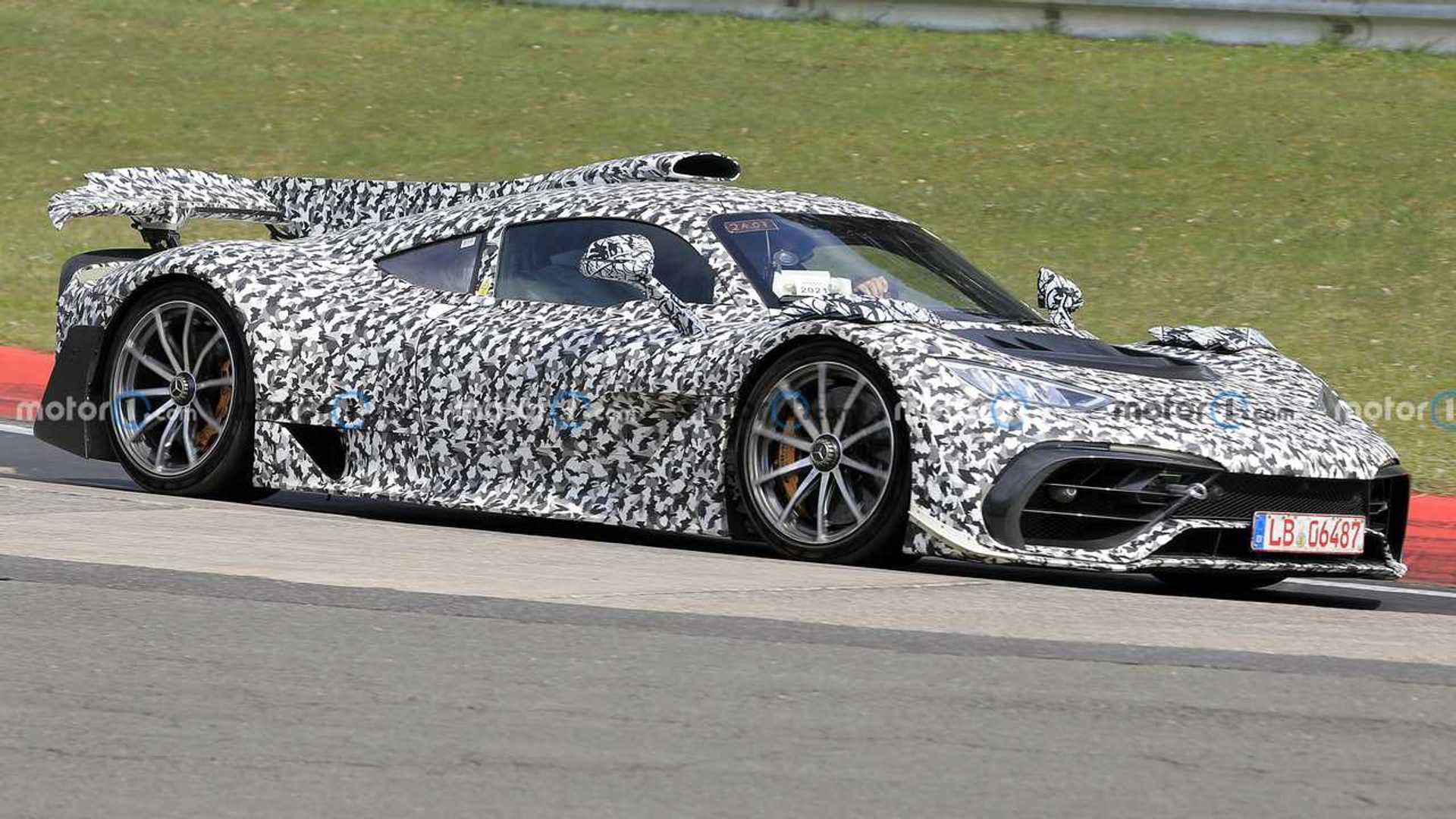 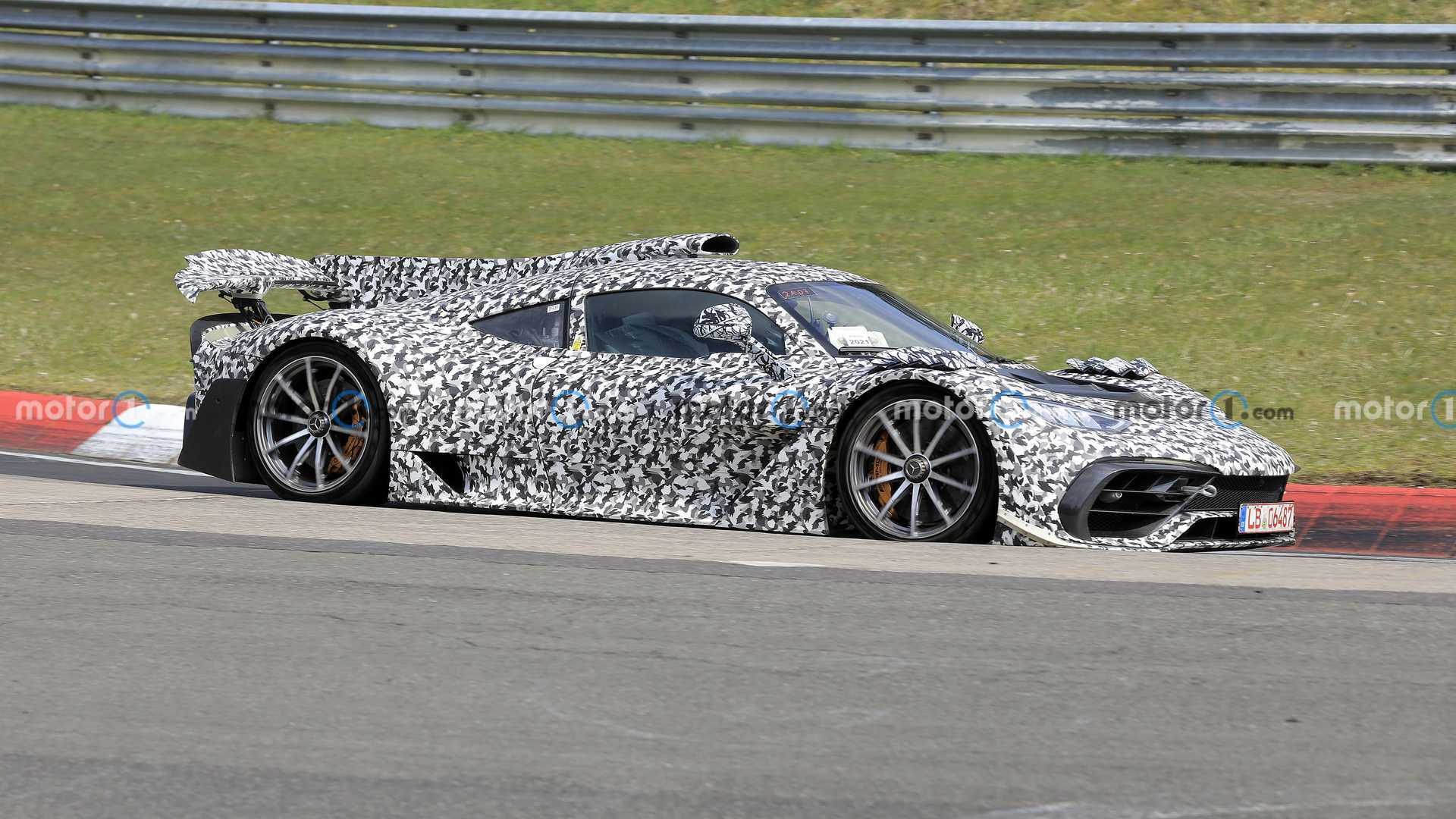 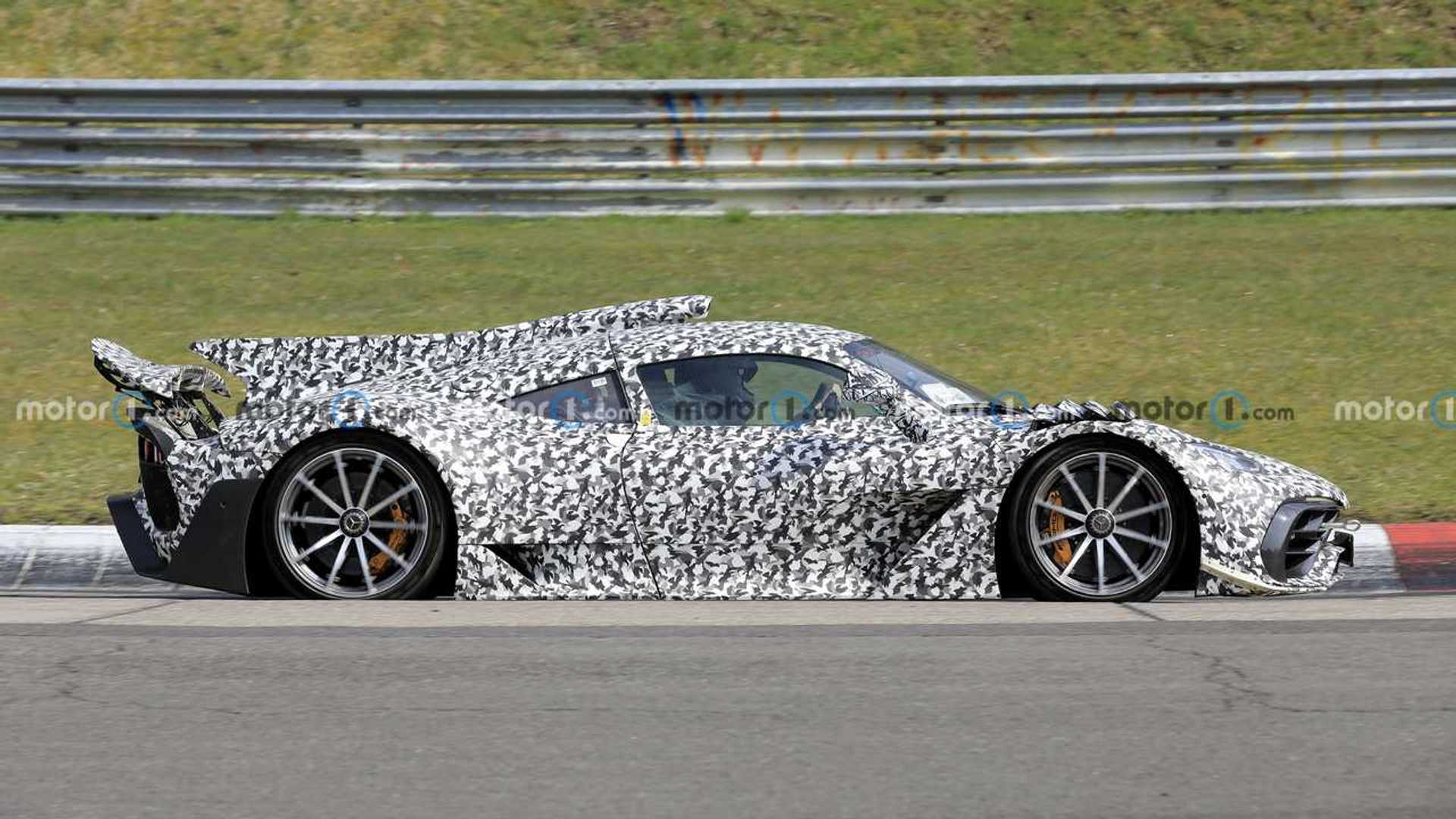 Of course, the entire world knows the exhaust is connected to a legit Formula 1 engine. Specifically, it’s the 1.6-liter V6 based on Lewis Hamilton’s 2015 F1 machine that he drove to a world championship. It spins to 11,000 rpm and works with four electric motors in the One, and while we don’t have an official power rating just yet, it will be over 1,000 horsepower (746 kilowatts) when all is said and done.

That was a promise made early on, and it’s also at least part of the reason why the One is nearly five years in the making. Morphing a race engine into something that meets production regulations isn’t easy, though COVID-19 has also pushed things back. Keeping the engine cool is also a challenge since the One won’t constantly be driven at triple-digit speeds. However, when it is pushed hard, it will likely have no rival on a race track. When the final version is finally ready, it will almost certainly establish a new production car record for the Nordschleife. As such, think of these spy shots as a teaser for what’s to come.

When will that day arrive? It’s still a mystery, but the recent flurry of activity points to something coming soon.