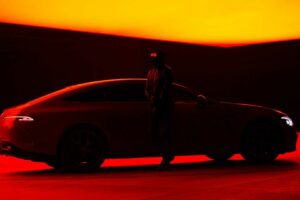 All will be revealed on September 1.

The 2012 SLS Electric Drive was a short-lived, ultra-expensive AMG offering to showcase Affalterbach’s interest in developing a performance car with fully electric propulsion. The second all-electric AMG will be unveiled at the IAA Munich next month as the AMG EQS, which will share the spotlight with a partially electrified model – the plug-in hybrid version of the GT Four-Door Coupe.

Signaling a new wave of electrified go-faster cars, the Porsche Panamera Turbo S E-Hybrid competitor has been repeatedly teased wearing an eye-catching livery to signal the arrival of new E-Performance branding. The full-body wrap is now gone, revealing a familiar side profile of a swoopy liftback now featuring a cap on the rear bumper to accommodate the charging port. 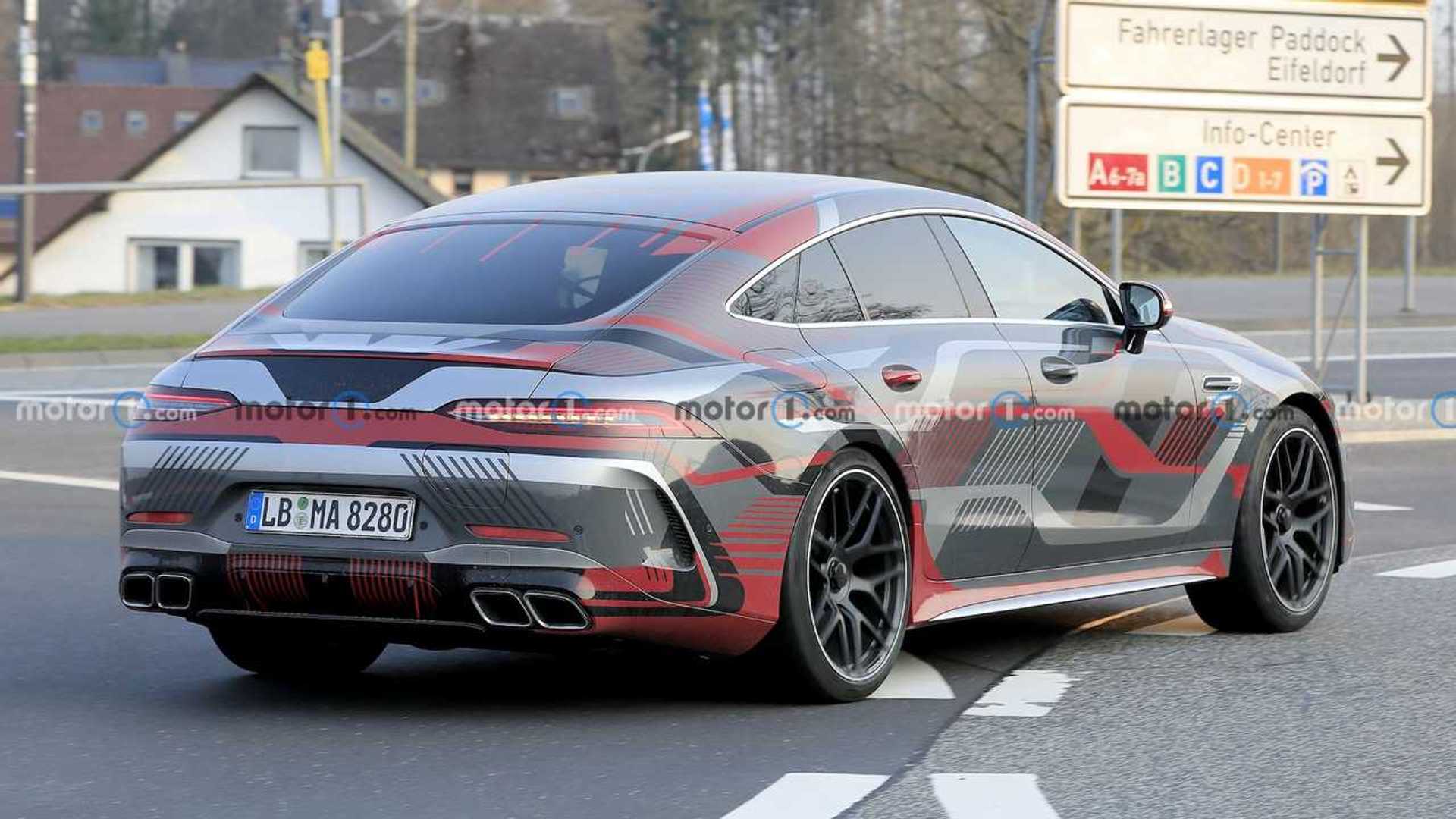 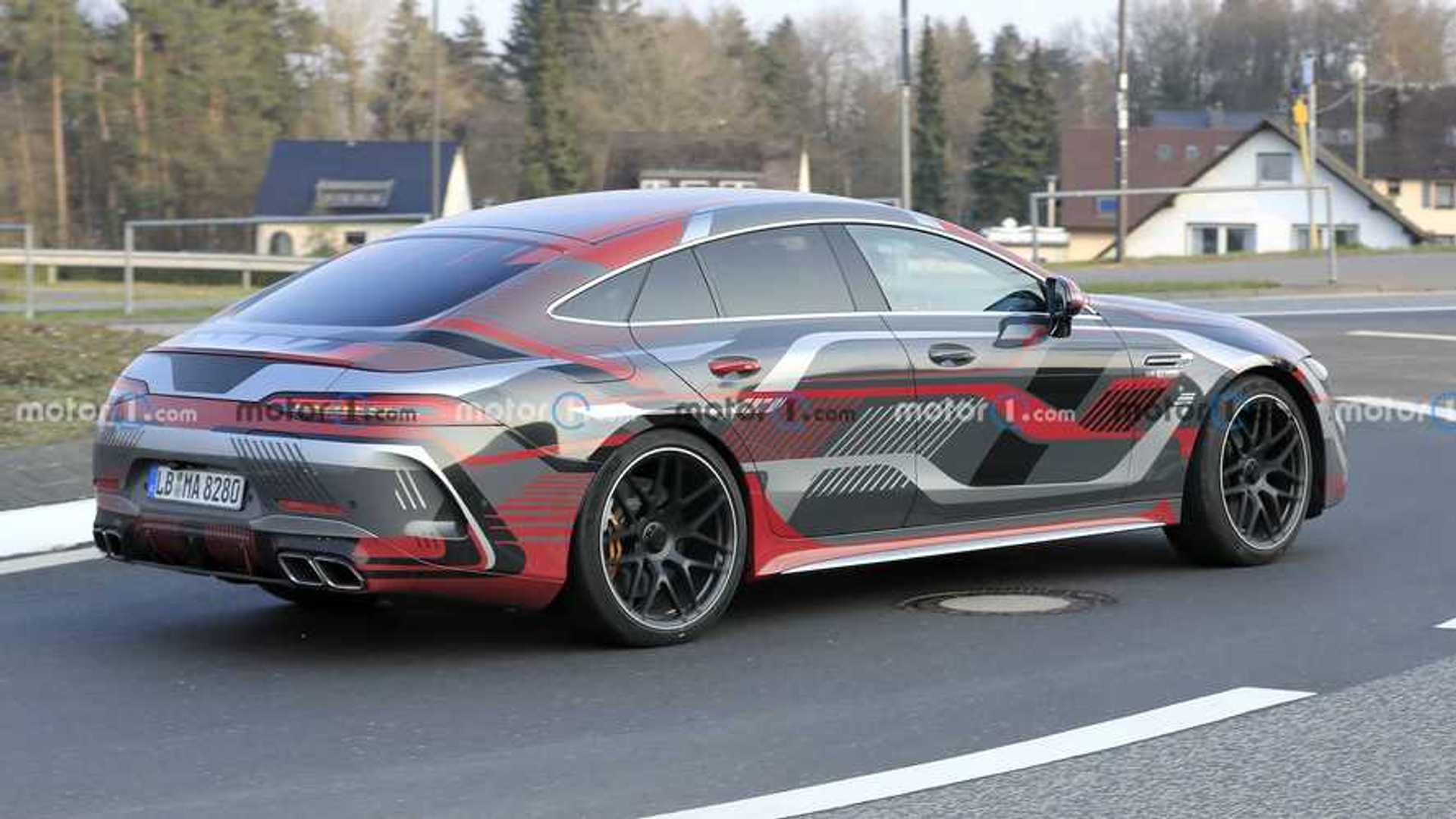 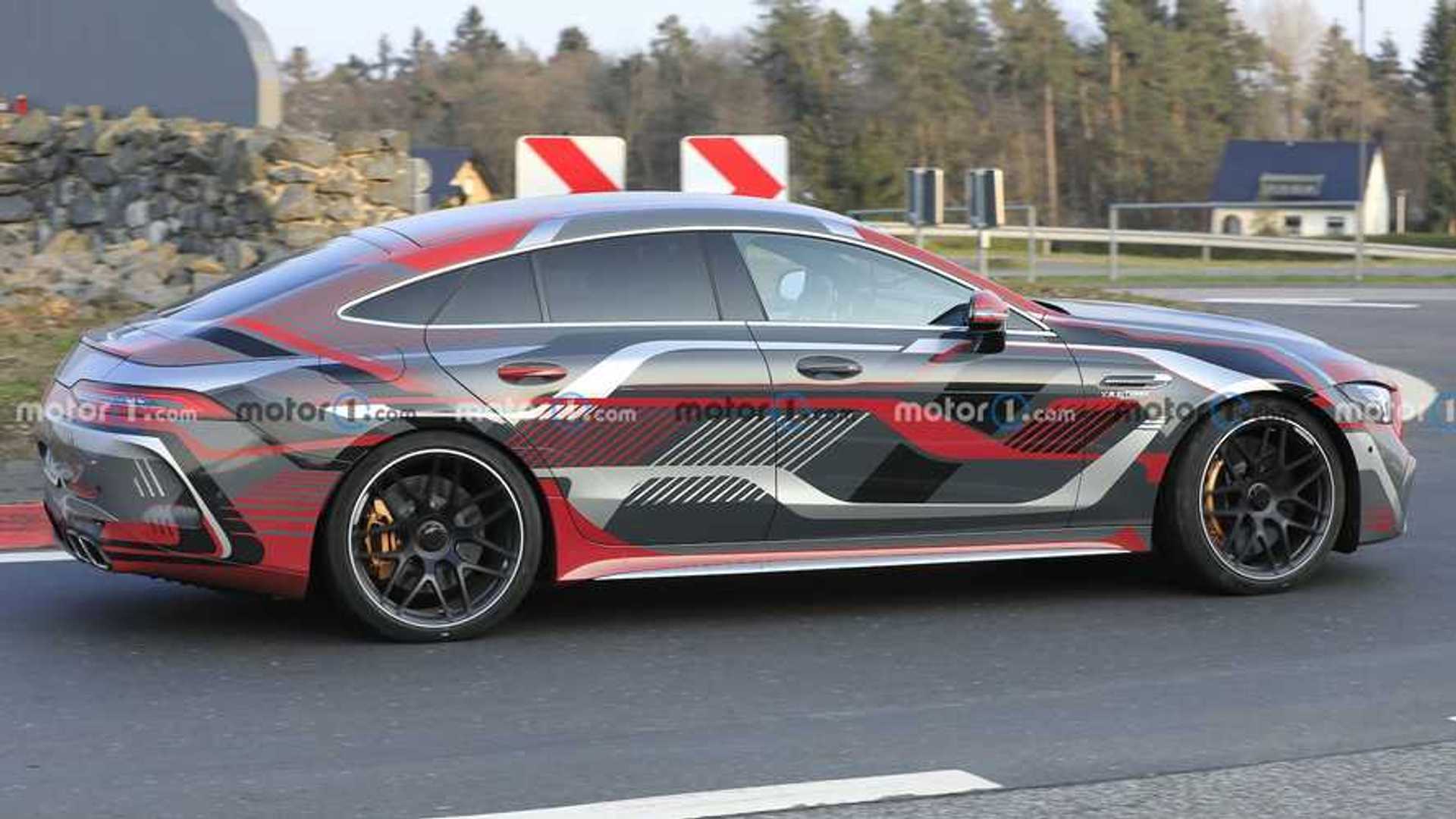 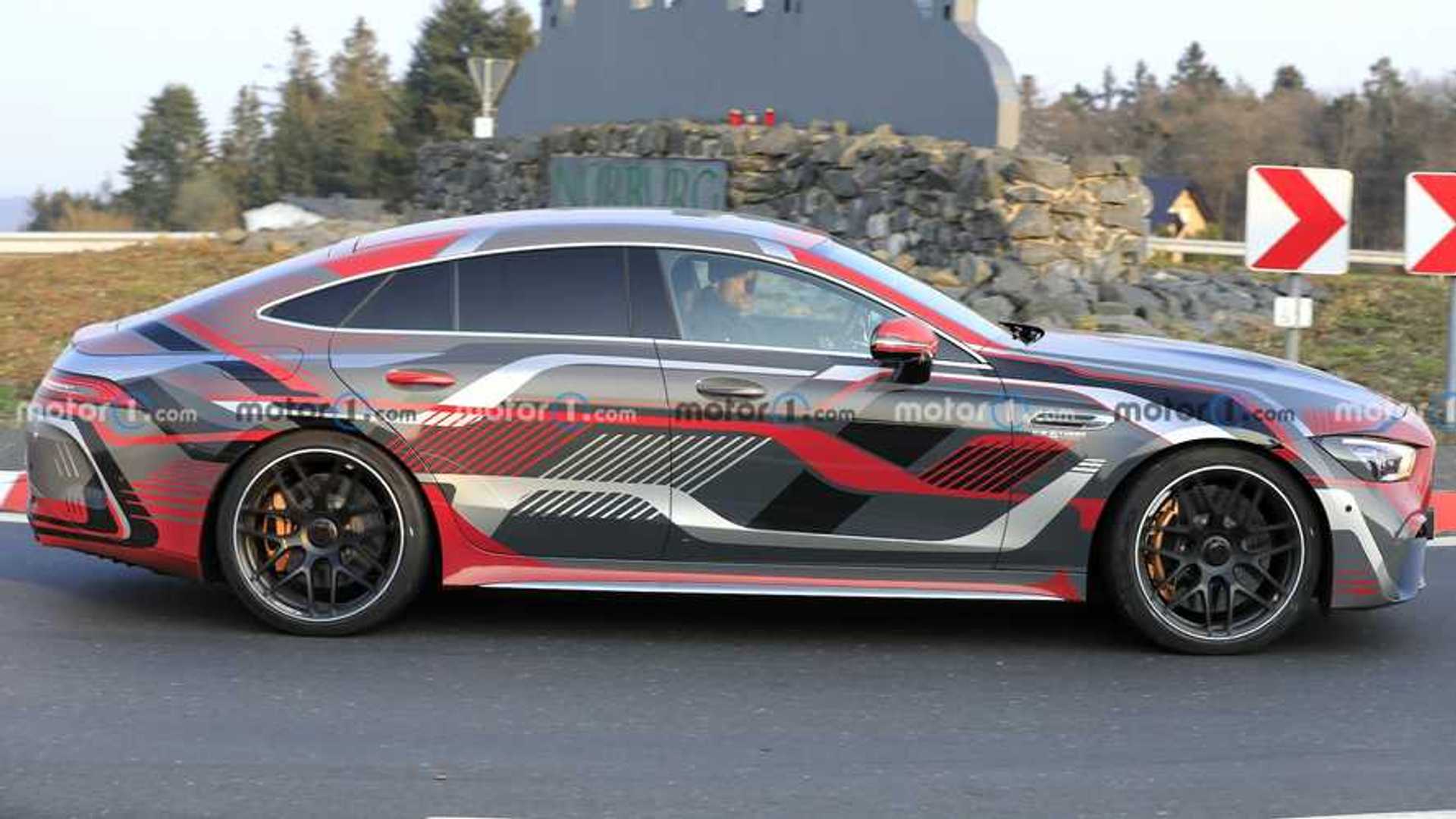 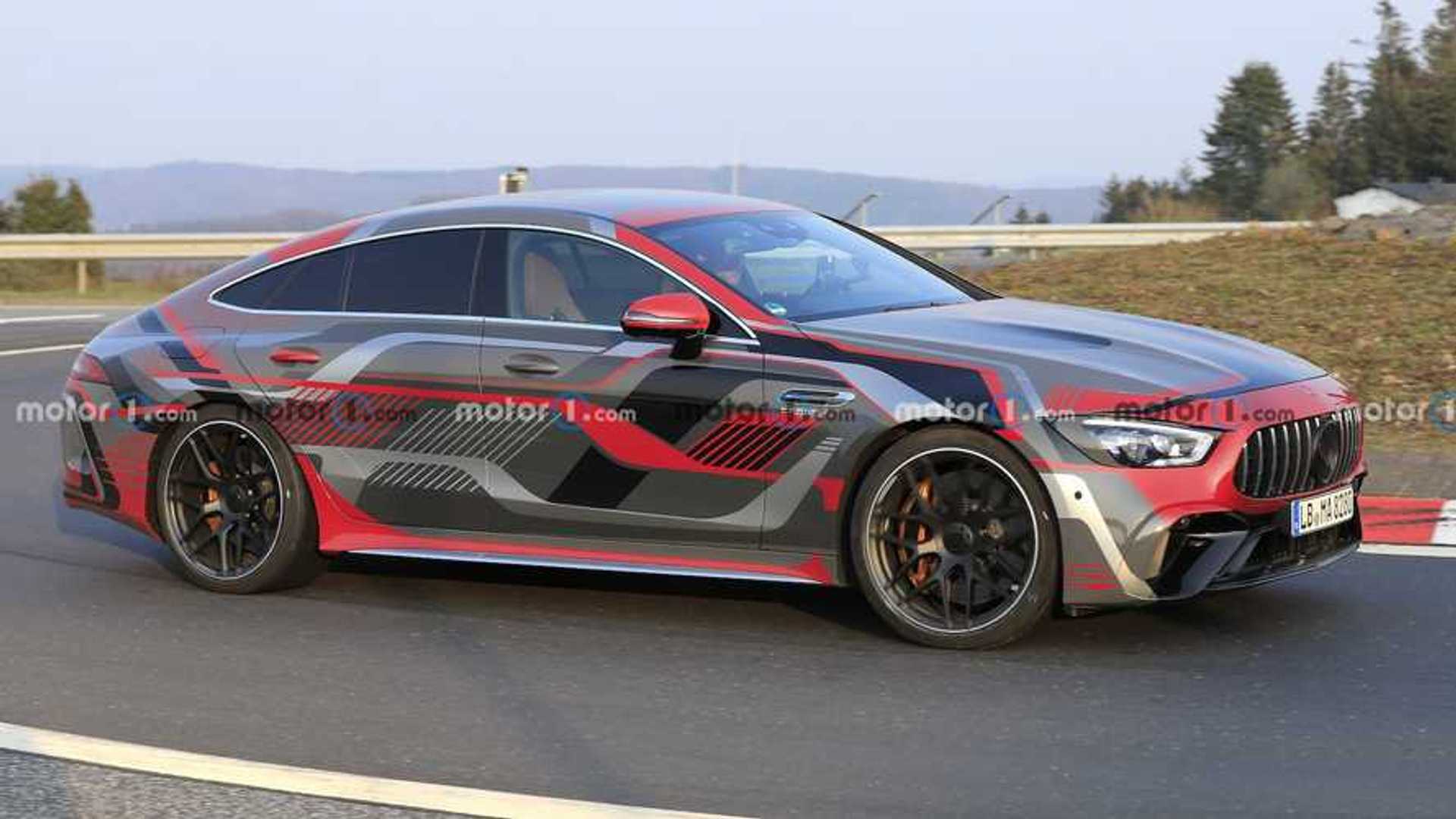 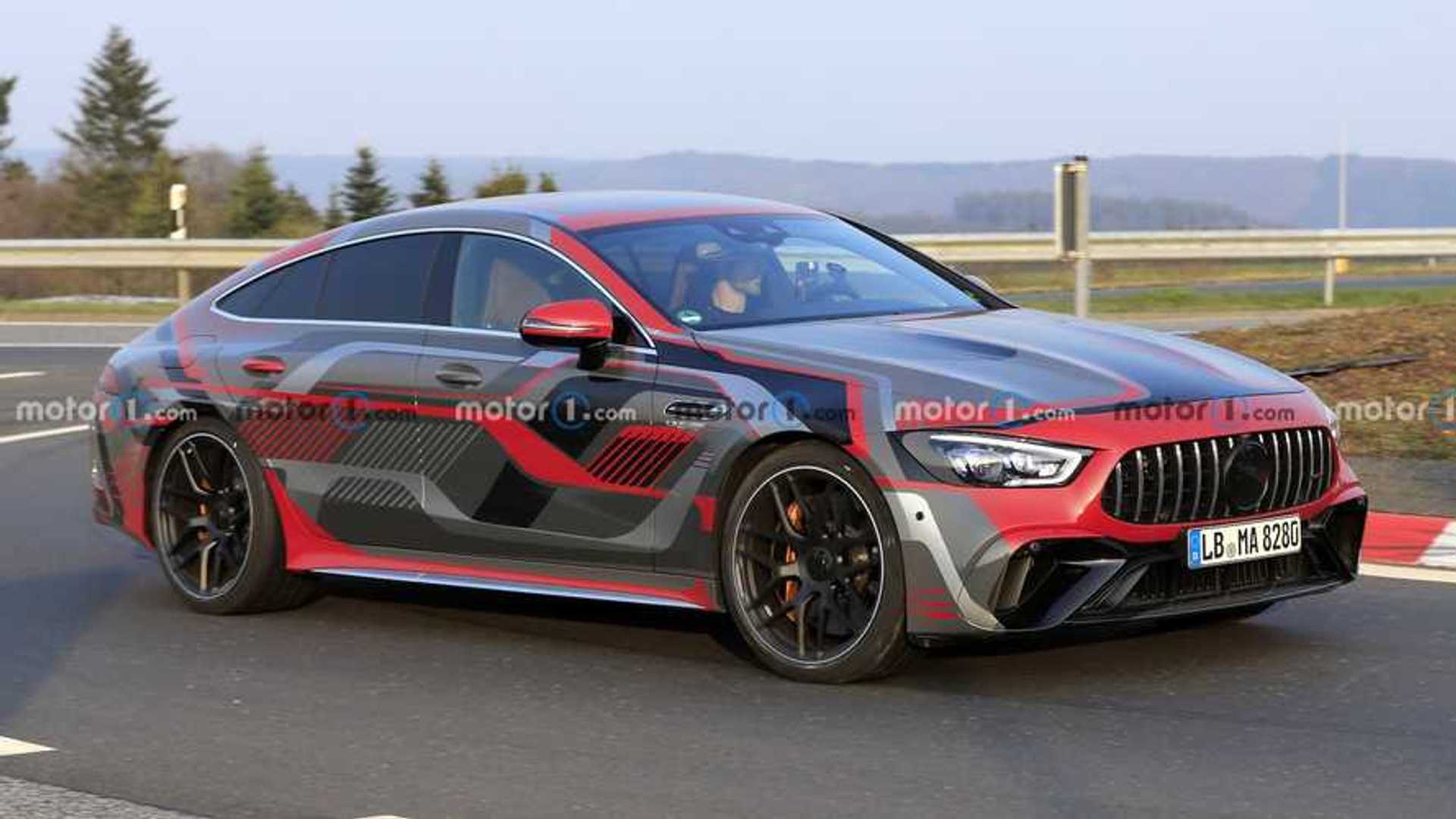 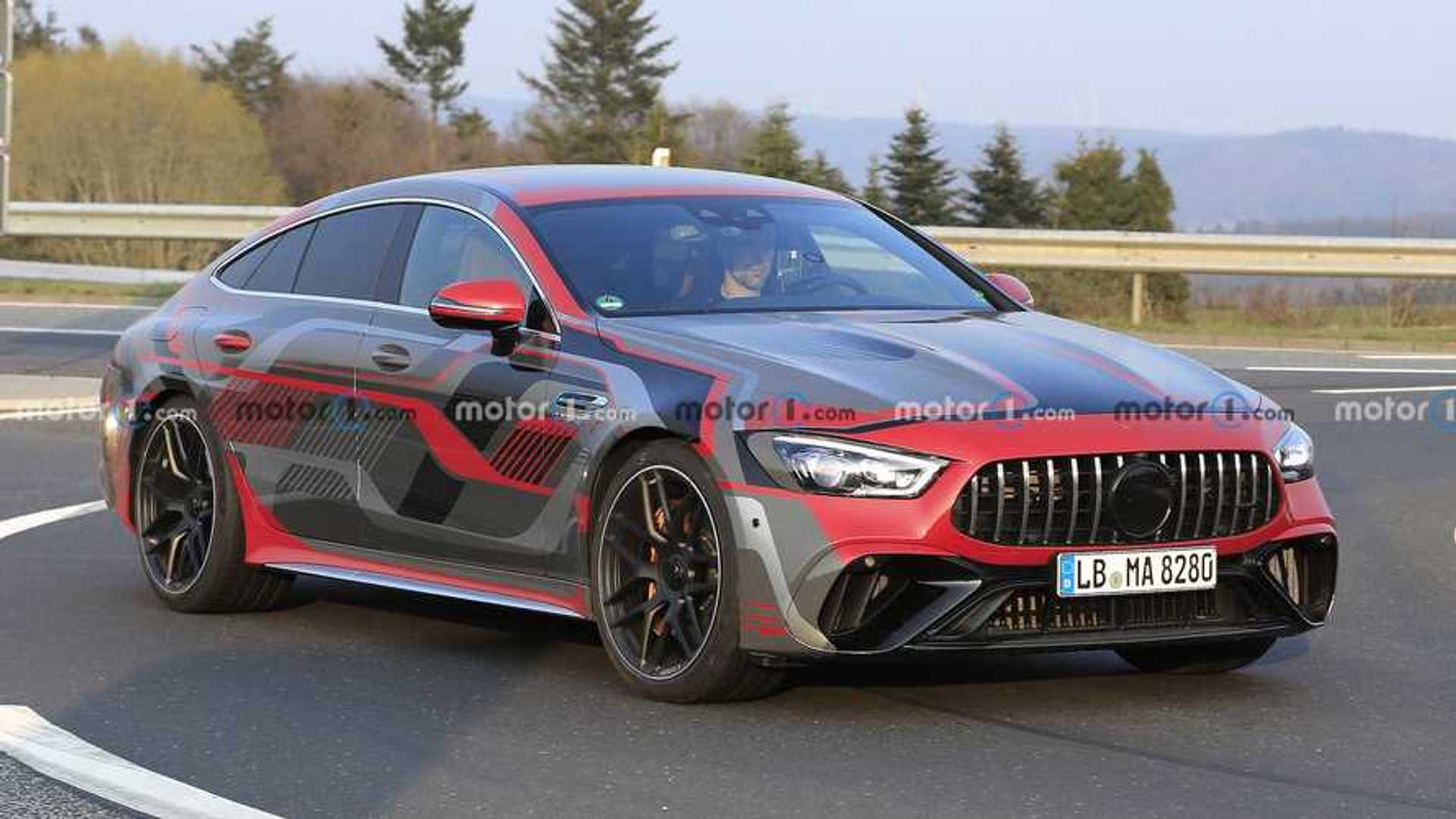 While the extra fuel cap is barely noticeable in the adjacent teaser, it’s fully visible in the most recent spy shots of near-production prototypes. Expect a limited electric range from the already confirmed 6.1-kWh battery pack, although that shouldn’t be much of an issue as customers will mostly care about performance. AMG has promised more than 600 kilowatts, which will translate to approximately 805 horsepower.

The weight of the upcoming flagship version is a real concern taking into account a GT63 S already tips the scales at 2,158 kilograms (4,759 pounds). Adding the battery, an electric motor, and a two-speed transmission will make it even heavier unless the engineers have managed to offset some of the weight gains by making more extensive use of carbon fiber and other lightweight materials.

With a massive 1,001 Newton-meters (738 pound-feet) on tap, the new AMG GT 63 E-Performance will need less than three seconds to complete the 0-60 mph run. It will make it one of the quickest-accelerating production cars with a combustion engine ever, for an estimated $200,000 price tag considering the GT 63 S starts at just under $162,000.