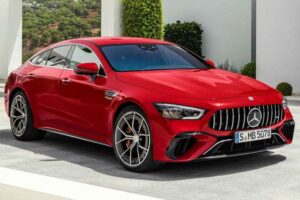 It’s the most powerful AMG ever.

As if the Mercedes-AMG GT 4-Door lineup wasn’t already tricky enough to keep track of, today the brand is adding another model to the range. This is the – deep breath – Mercedes-AMG GT 63 S E Performance. The ‘E’ in the name indicates that this is Mercedes-AMG’s very first plug-in hybrid, and undoubtedly the first of many to come.

So what does the new PHEV AMG offer? Power, and lots of it. The combination of a twin-turbocharged 4.0-liter V8, a 6.1-kilowatt-hour battery pack, and an electric motor mounted on the rear axle gives this car a mind-bending 831 horsepower (620 kilowatts) and 1,033 pound-feet (1,400 newton-meters) of torque. To put it plainly, this is the most powerful Mercedes-AMG factory product ever.

The engineering team in Affalterbach worked closely with the Mercedes-AMG Formula 1 engine shop in the UK to create the powerful yet lightweight battery pack. The battery tips the scales at 196 pounds (89 kilograms) and produces 204 hp (152 kW) on its own. But since the purpose of the battery pack is power instead of range, the GT 63 achieves a rather poor 7.5-mile (12-kilometer) electric driving range.

Joining the already available drive modes on the GT 53 and GT 63 models – Comfort, Sport, Sport Plus, Race, and Slippery – the new Electric drive mode allows the S E Performance to cruise on pure battery power at speeds of up to 81 mph (130 kmh). On top of that, there’s a four-stage regenerative braking system that ranges from Level 0 (disengaged) to Level 3 (one-pedal driving), with a track-only regenerative mode designed for performance. 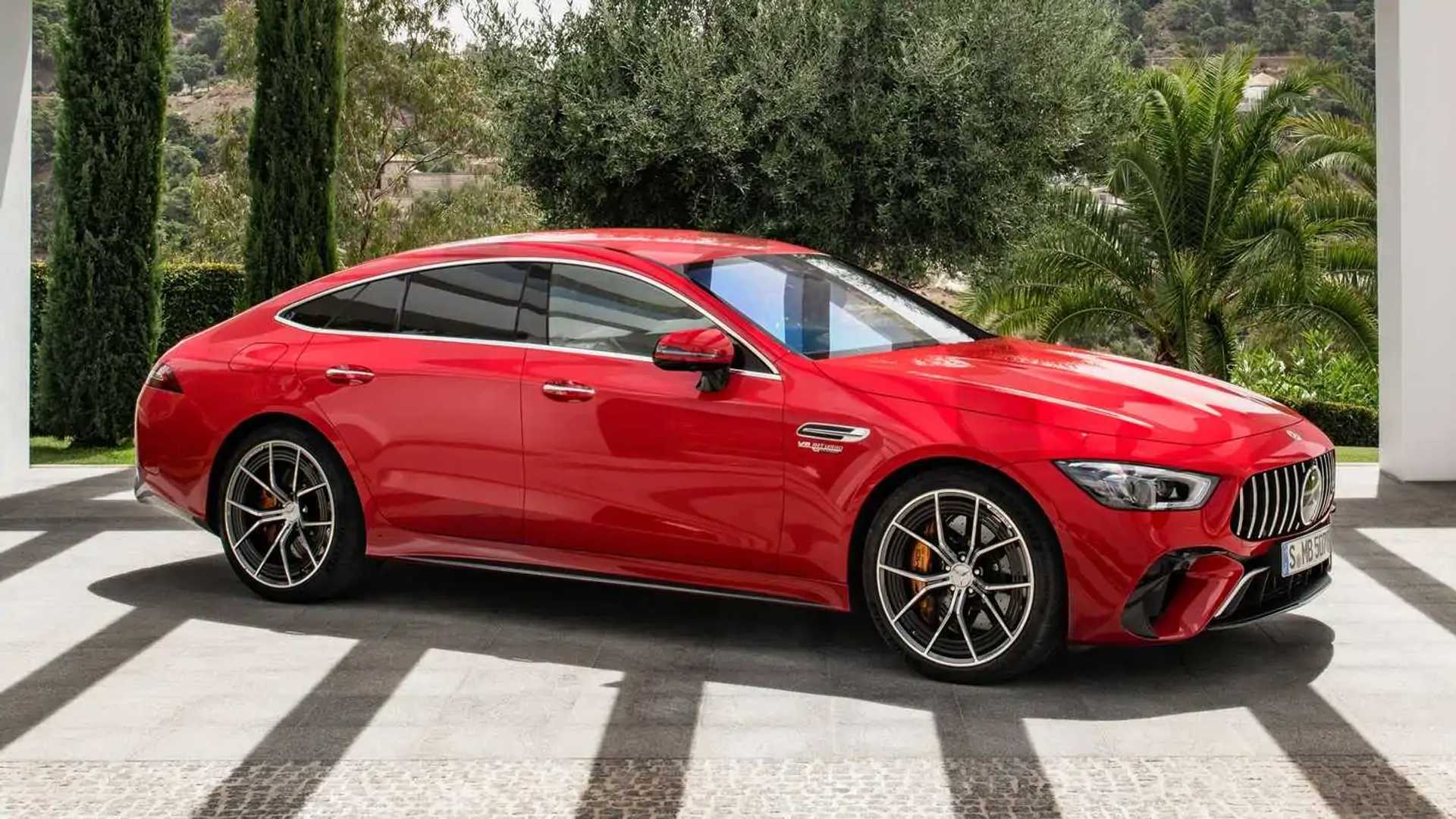 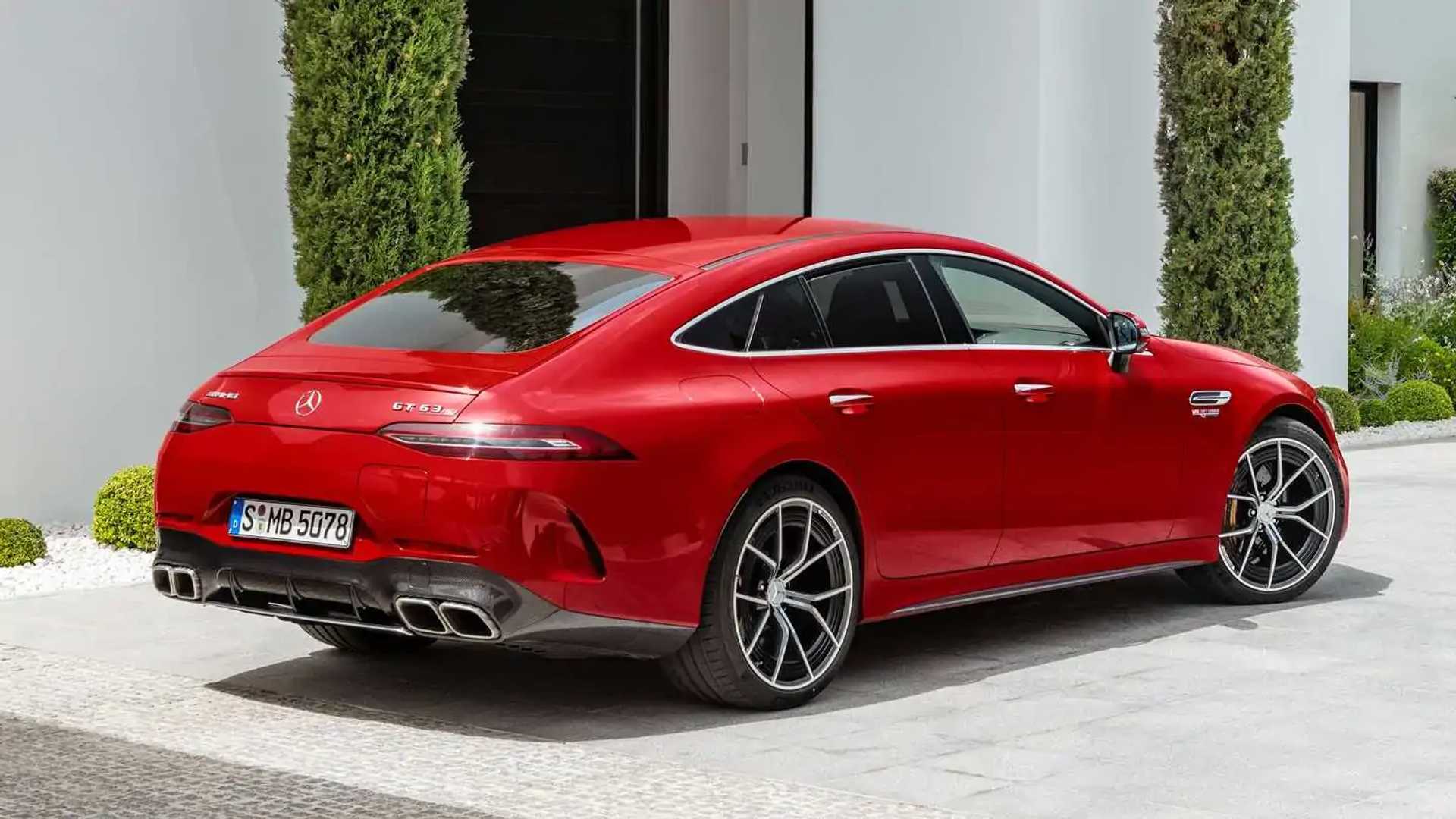 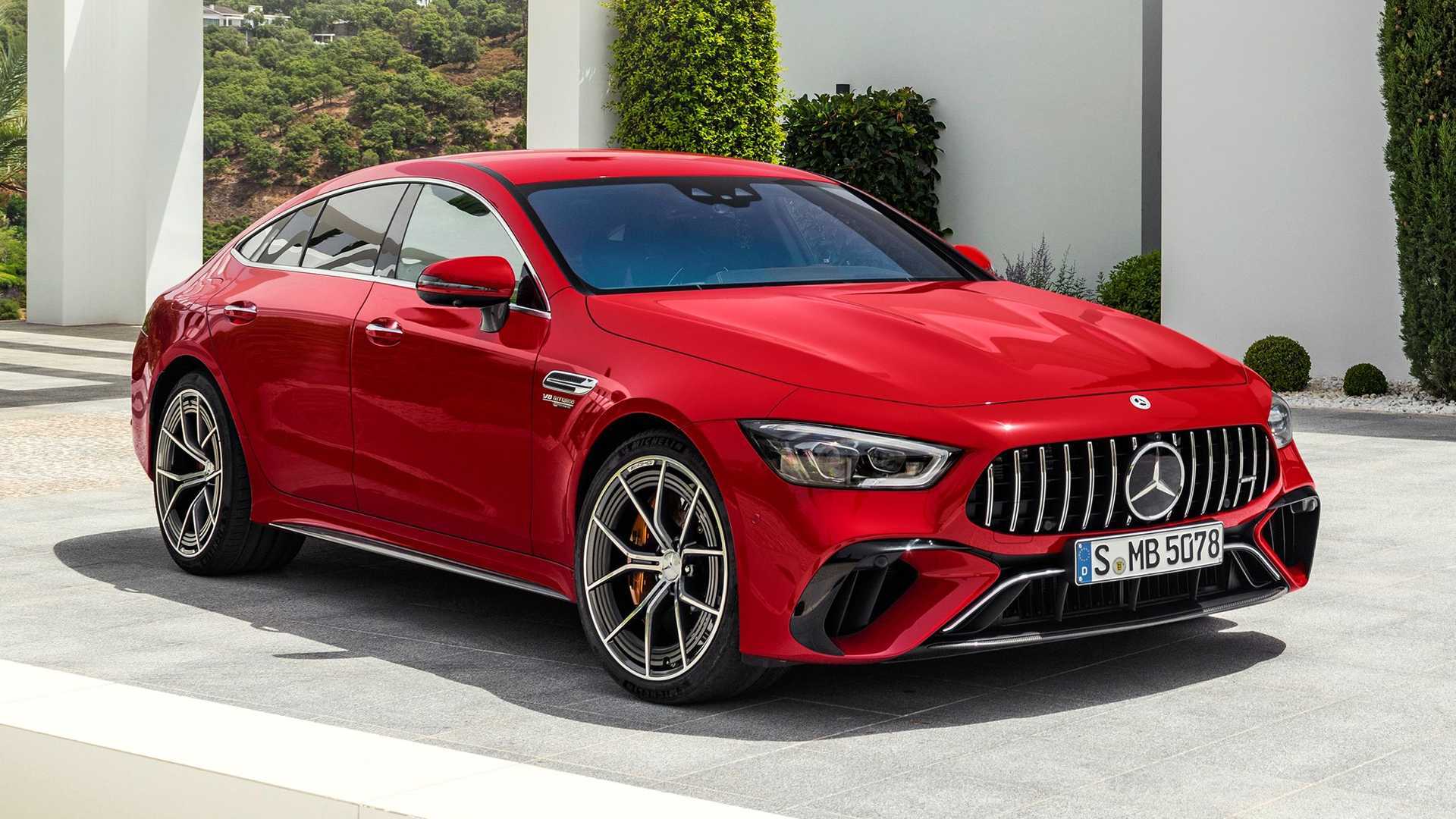 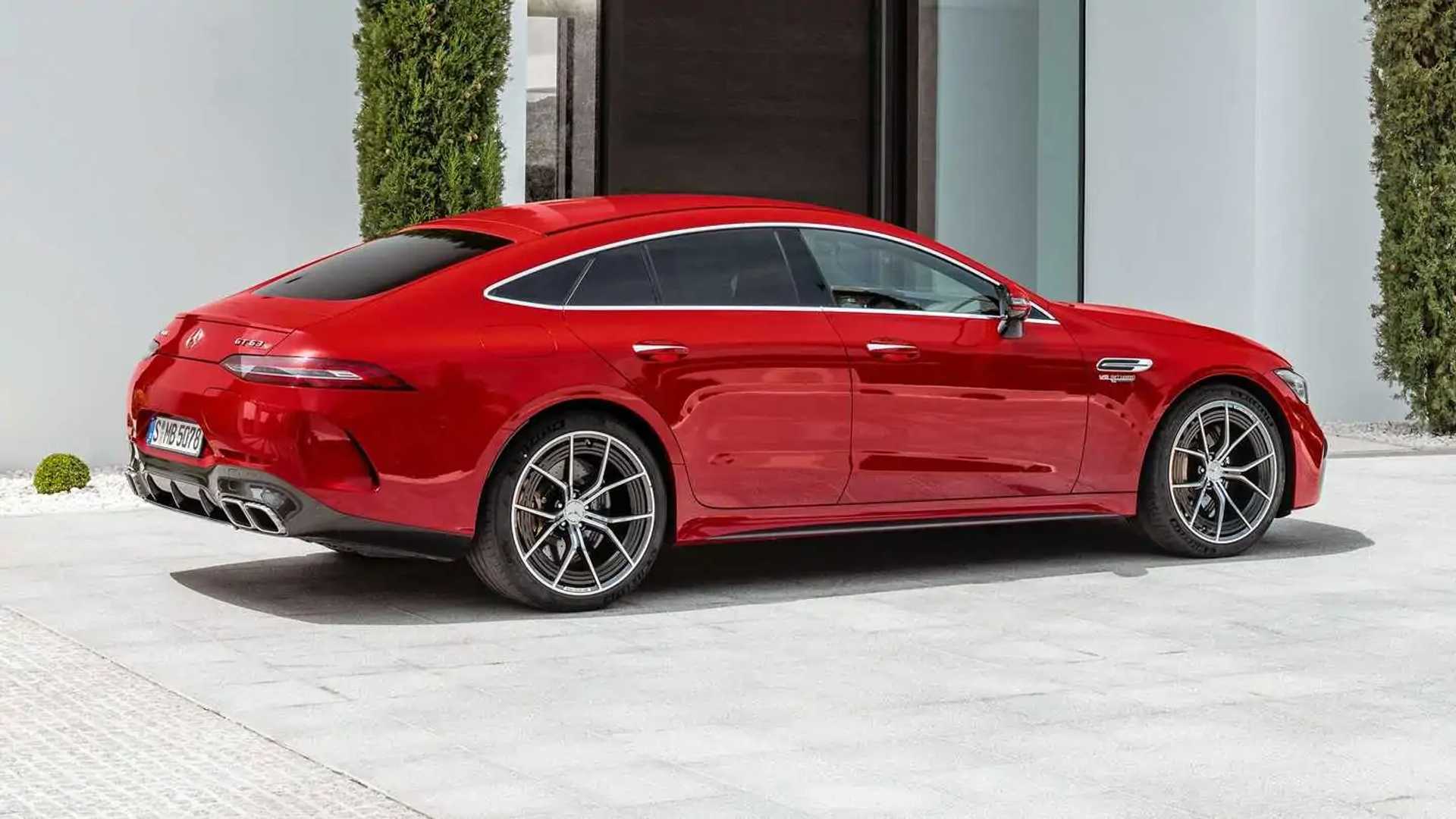 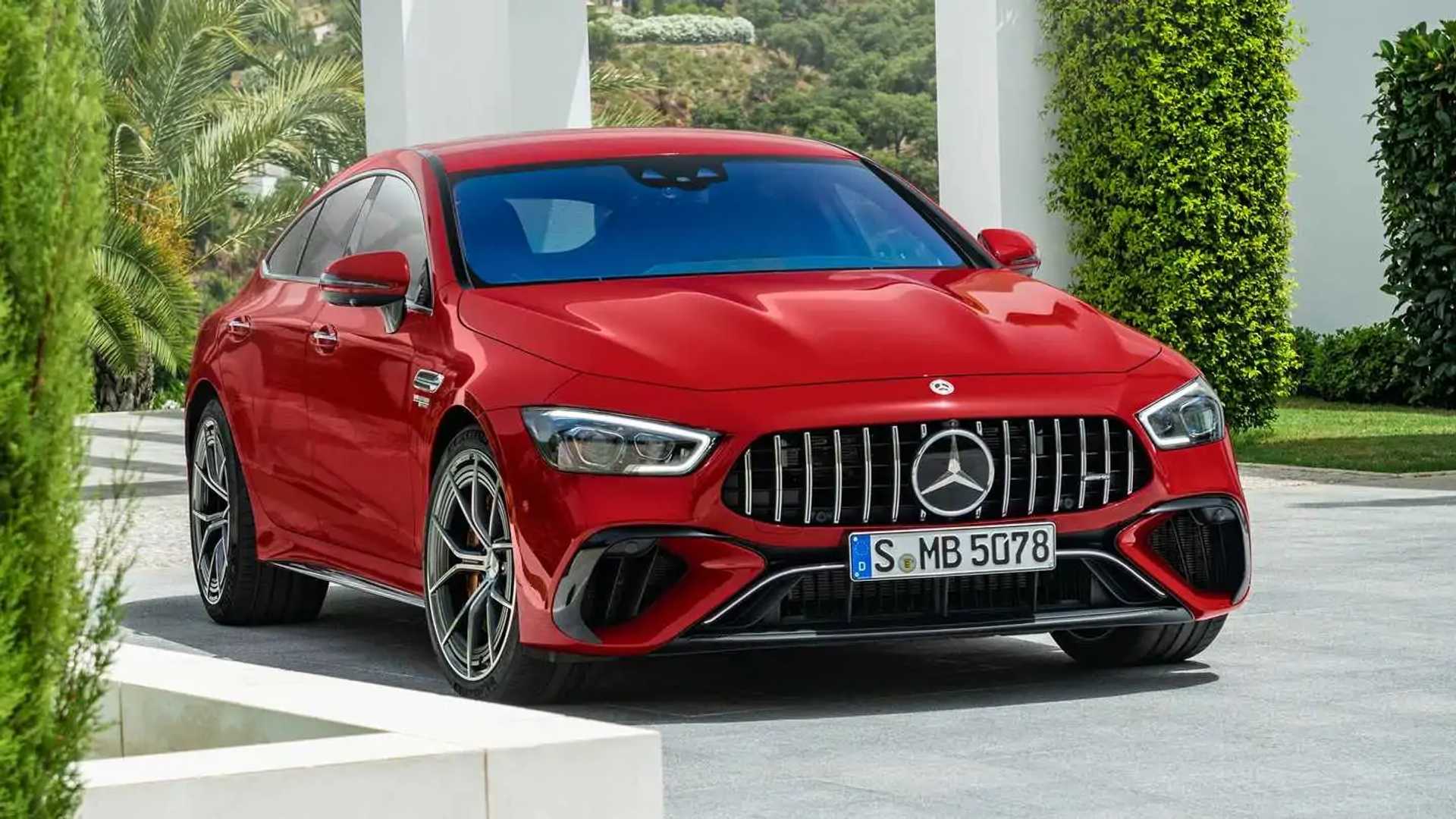 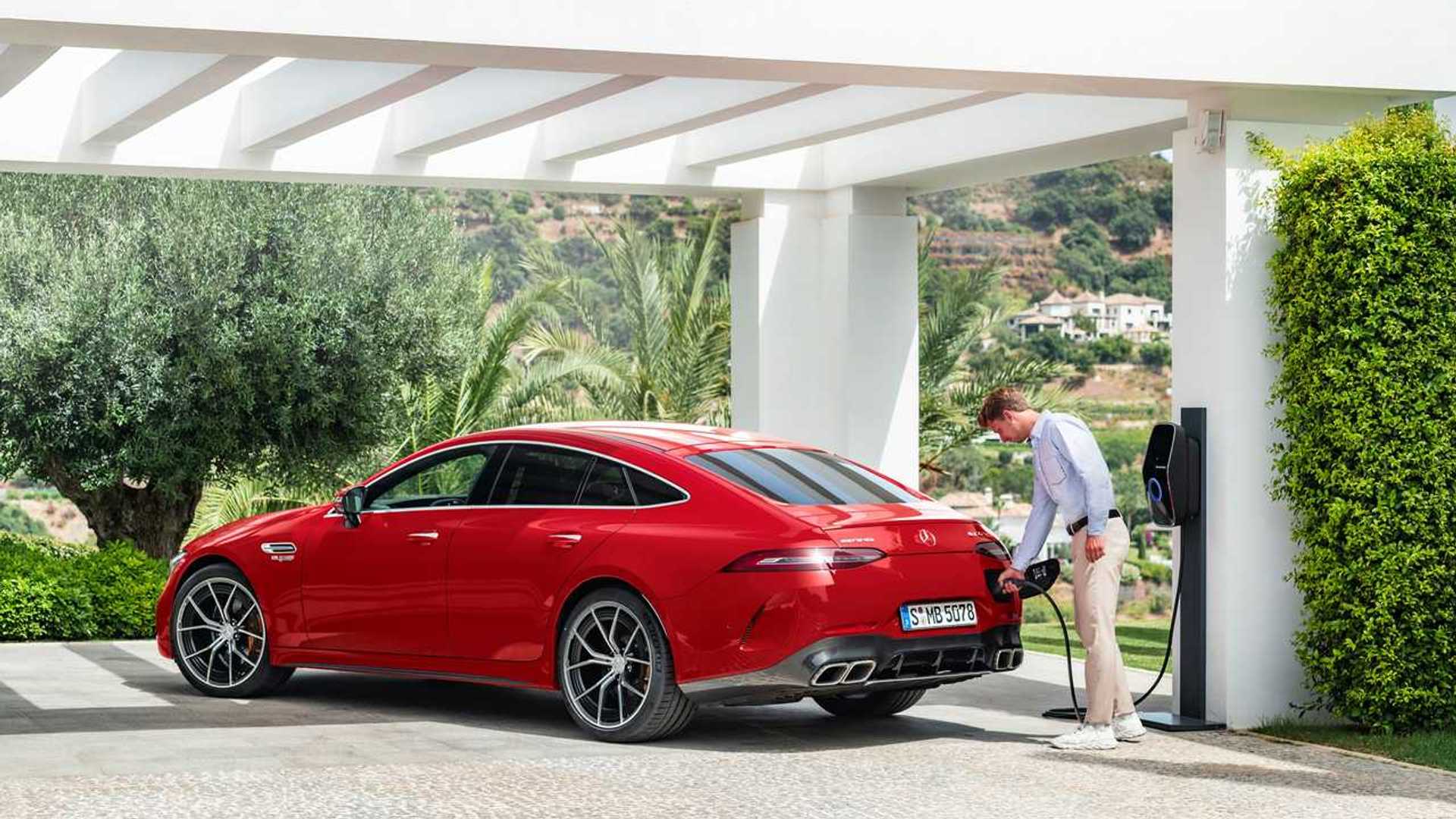 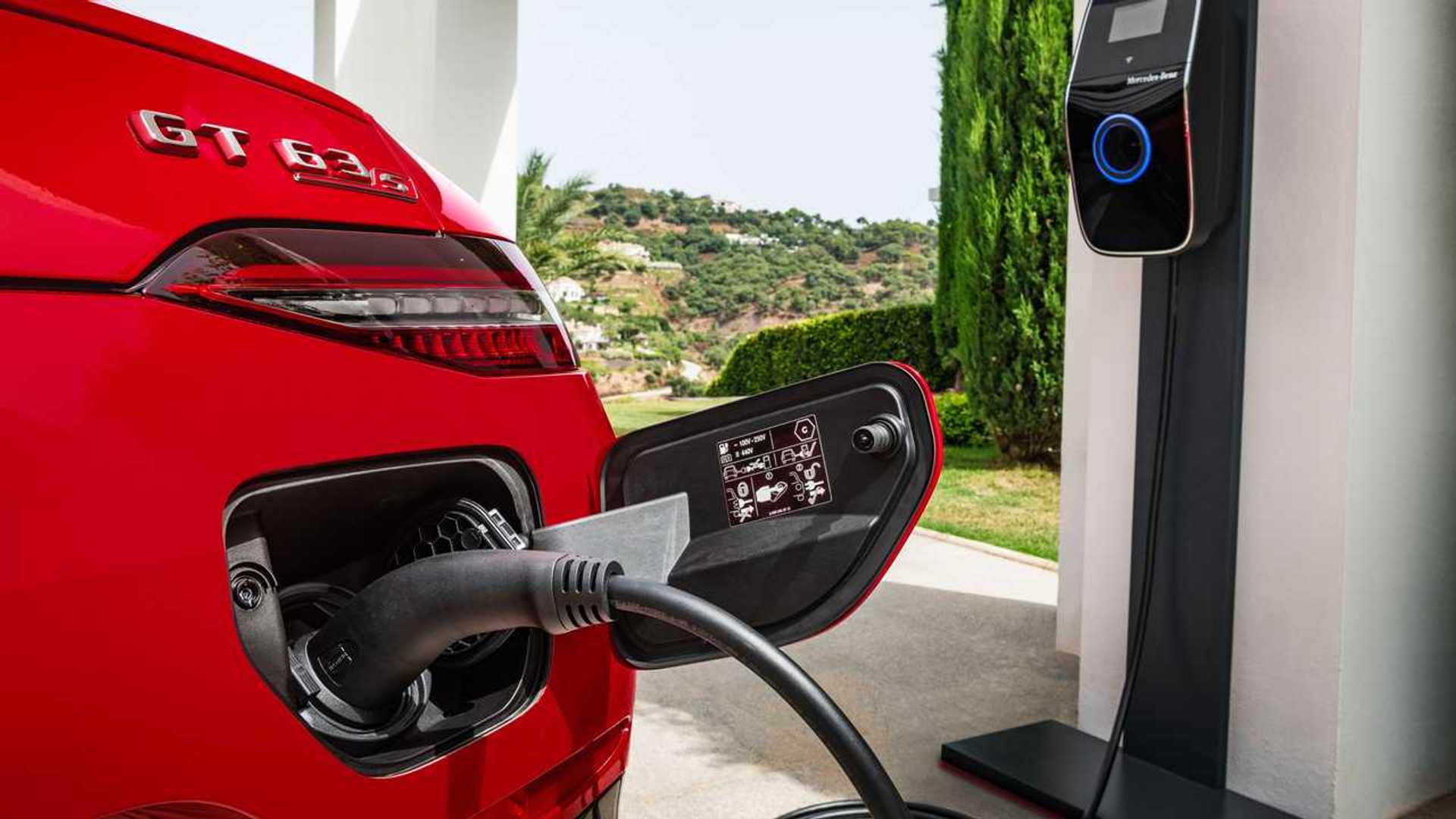 As available on all other AMG GT 4-Door models, the GT 63 S E Performance receives AMG Ride Control plus, which includes an adaptive suspension with an air damping system. The suspension settings can be adjusted individually from the drive modes, or automatically adjust depending on the mode, and Mercedes says that engineers have further increased the spread between sportiness and comfort on this model.

Visually, not much changes on this S E Performance model compared to the traditional GT 63, but there are a few updated visuals to note. The front bumper now borrows cues from the GT coupe, the charging port – located on the rear bumper – blends into the sheet metal just below the taillights, and there are new 20- and 21-inch wheel options. The same similarities can be said of the cabin; the MBUX infotainment setup from all other GT models carries over, as does the new two-spoke steering wheel with haptic feedback buttons.

The Mercedes-AMG GT 63 S E Performance debuts in-person next week at the IAA Show in Munich, before going on sale in Europe and the US sometime later this year.