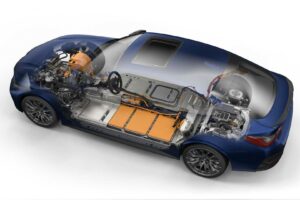 There have been rumors circulating the internet for months about Audi or BMW potentially buying McLaren. All three sides have repeatedly denied the reports, though there is some new movement, according to recent articles in German media. The situation is not very clear at the moment but we’ll try to walk you through the facts and rumors known for now.

In November last year, early reports indicated BMW could be interested in acquiring a stake in McLaren but the information was described as being “wrong” by representatives of the Bavarian automaker. A few days later, Audi was also involved as a potential new owner of the British company, though a PR manager from Ingolstadt was quick to say no official information could be released. Meanwhile, McLaren said “this is wholly inaccurate” and it announced it will seek for false reports to be removed by publications.

Fast forward to present day, there’s a new report claiming Audi has made a new bid to acquire McLaren. We’ll get to that part in a minute but there is something even more interesting as part of the report coming from the German print magazine Automobilwoche. The sister publication of Automotive News for the German market claims there are ongoing discussions between McLaren and BMW about a new electric vehicle platform.

Not much is known at the moment, though the article says the two firms signed a memorandum of understanding on March 24. It covers the joint development of a new electric vehicle architecture for sports cars but there’s literally no other information made available so far.

However, Automotive News reports this agreement could be voided by a deal with Audi if it materializes. It is believed the German company has raised its offer to acquire a stake at McLaren from €450 million to €650 million (roughly from $490 million to $708 million). Audi reportedly wants to first invest in McLaren’s F1 division before potentially expanding its investment into the McLaren brand for road-going vehicles.