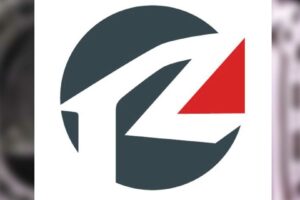 What could this mean?

Here’s some interesting Mazda news that comes from a rather unlikely place. We have a sharp-looking R logo that was apparently filed as a trademark in Japan, but it was uncovered and shared by a member of the New Nissan Z forum. It seems even the Nissan faithful are interested in the potential performance happenings at Mazda.

We say potential performance because this logo comes to us without any information or rumors, so what you see is what you get. According to the application, this was submitted on June 3 of this year so it’s already nearly a couple of months old. It’s also important to note this is an application for this trademark, so it’s not official yet. We searched other trademark organizations around the world to see if Mazda is reaching out further for this logo, but for now, it seems the exclusive domain of Japan.

If any other manufacturer offered this, we’d simply speculate about the potential for a new performance model. An R logo is pretty much the universal symbol for fun behind the wheel, and we certainly think this logo would apply to some form of performance if the trademark is approved. But there’s no denying the angular lines and the red triangle in this stylized R could be reminiscent of a rotary engine.

That’s not to say a rotary-powered sports car is imminent by any means. Mazda already confirmed a rotary mill would be used as a range-extender for hybrid vehicles, but even that plan for the MX-30 crossover is delayed. However, simply evoking the rotary’s legacy for a new RX sports car – even if it doesn’t have a rotary engine – certainly isn’t out of the question.

Here’s where the story takes a very interesting turn to the performance realm. Mazda enthusiasts will see a very clear similarity to the old Spirit R badge on the Japanese-spec RX-7. Additionally, Mazda has been on a trademark blitz recently with filings for the Spirit name. It all points to something fun in Mazda’s future, but at this point, we don’t know what.

Perhaps we’ll see an MX-5 Spirit R in the coming years to give the internal-combustion roadster a proper sendoff before hybrid and EV power take over? Or, could a new RX model be waiting in the wings? Only time will tell.