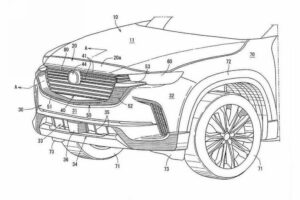 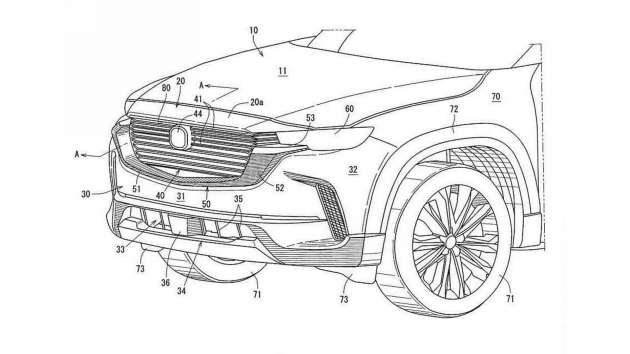 Last week, Mazda revealed that it will be expanding its SUV line-up with a string of new models between 2022 and 2023, and the nameplates for those models have been revealed to be CX-50, CX-60, CX-70, CX-80 and CX-90. Beyond the nomenclature, we now have what appears to be images from a patent filing for the CX-50 which emerged on the internet, as sighted by Motor1.

The authenticity of the images is unknown, though these appear to be rather detailed and elaborate and therefore lend weight to being a credible representation of the future SUV from Mazda that will be built at the new Mazda-Toyota joint venture factory, Mazda Toyota Manufacturing, USA (MTMUS), in Huntsville, Alabama.

Here, the CX-50 appears to wear a front fascia look that is recognisable as a Mazda thanks to the shape of its grille and slats, while the elements appearing to be slim LED daytime running lights are also design cues familiar to the Japanese manufacturer.

The lower intake houses a radar enclosure in the central position that is now commonplace, while the image depicting part of the vehicle’s rear end suggests a tail lamp assembly that also mimics those those on Mazda models of the current era, where a three-dimensional enclosure has a slim horizontal strip that joins a circular shape. 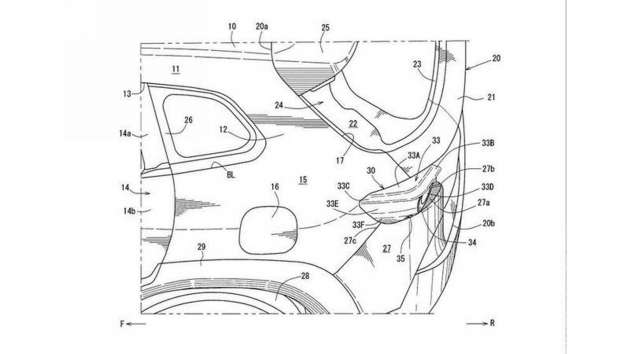 According to Mazda, the CX-50 isn’t planned as a direct replacement of the current CX-5 as it is considered by Mazda to be one of its core models. Rather, the CX-50 is expected to see a United States market debut this November, and no other markets have been mentioned for the forthcoming model so far.

The CX-50 is categorised by Mazda as being in its small product group, while the remaining four upcoming models are distinguished by being two- or three-row passenger vehicles, each type further distinguished as being either of a standard width or a “wide body”.

The CX-60 and CX-70 are two-row SUVs, the former of regular width and planned for the Europe and Japan markets, while the latter is a wide-body that is earmarked for North America. As for the CX-80 and CX-90, both are three-row SUVs; the former is of regular width for Europe and Japan, while the latter is a wide-body for North America.

For now, we know that the CX-50 will be built on the Skyactiv-Vehicle Architecture that offers provision for all-wheel-drive, while the larger models in Mazda’s future SUV product salvo will be built on the carmaker’s new longitudinal RWD platform, likely to be the Skyactiv Multi Solution Scalable Architecure that will bring the new inline-six engine and PHEV powertrains.