The Maserati MC20 is what the Italian marque has christened its upcoming Super Sports Car. In November 2019, the carmaker had released a bunch of photos of a camouflaged prototype model of the upcoming super sports car. Back then Maserati had said that the car will with a rear-mid-engine super sports car, with a new powertrain entirely built inhouse, which is expected to be a V6 engine. However, now we know the name of the supercar, and it will make its global debut towards the end of May 2020. The upcoming MC20 has been developed at the Maserati Innovation Lab and it will be built at the Viale Ciro Menotti plant in Modena. 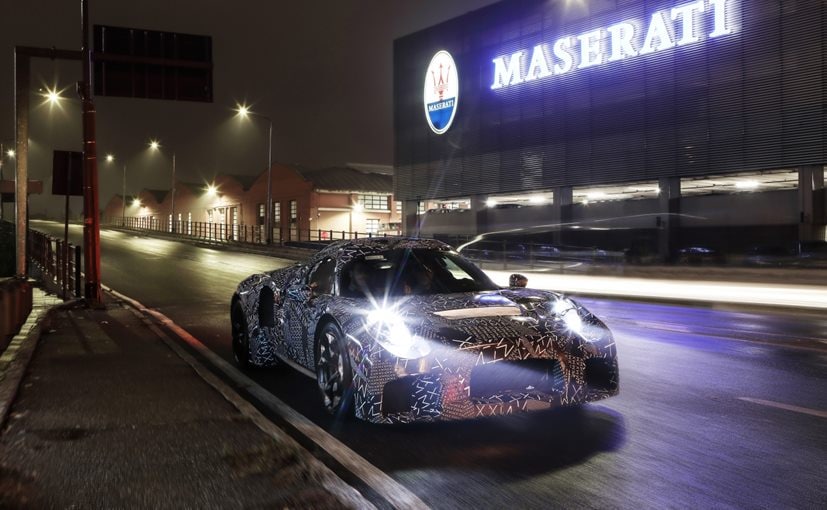 Now, as for the name, the letters MC is the acronym of Maserati Corse and 20 refers to the year 2020, as this year will mark the return to the company to the world of racing with the new MC20, after 10 years. The company is calling it the natural evolution of the highly successful MC12 that was introduced in 2004 and marked Maserati’s return to racing after 37 years. The MC12 won 22 races, including 3 victories in the 24 Hours of Spa, and 14 Championship titles in the FIA GT between 2004 and 2010.

As of now, not much is known about the upcoming Maserati MC20, except that the company is currently setting up a new production line for the car at Modena Plant. Maserati has also said that the production line “will also accommodate its advanced electric powertrain,” so there is a possibility we’ll get to see a fully electric version of the supercar as well, in the future. According to the company’s product plan, which was released last year, there is also a cabriolet version of the super sports car slated for 2021.