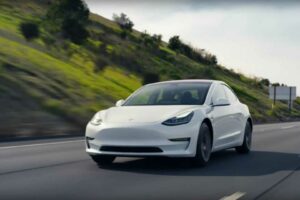 Reportedly, Tesla owners in areas outside the U.S. are often frustrated, or at least eager with anticipation to get certain updates that typically go to Tesla’s U.S. fleet first. In fact, markets outside the U.S. have to wait longer to get Tesla’s latest vehicles, and software updates related to the automaker’s Autopilot and Full Self-Driving Beta technology are far behind as well.

Whole Mars recently tweeted at Tesla CEO Elon Musk stating that European Autopilot users complain to him about issues with the technology. It seems they’re not talking about the usual issues that folks in the U.S. may be experiencing as well, but rather, software-update-related concerns that make for incorrect observation and vehicle responses to speed limits.

Of course, Musk responded to Whole Mars quite quickly. Musk receives a multitude of tweets and replies, so it appears he must pick and choose which messages he’s going to reply to. He often tweets and replies to keep people apprised since Tesla doesn’t have a PR department.

As you can see from Musk’s reply above, he said Tesla is aiming for “significant improvement” to the Autopilot technology for owners outside the States. He also said those improvements are planned for “around March” – at least he didn’t say “two weeks.” Musk reiterated that it depends on regulatory approvals.

Musk has said in the past that regulatory approvals may dictate whether some of Tesla’s cutting-edge tech features are allowed, as well as whether or not certain changes or updates will be approved, delayed, or prohibited. While some people believe Musk is using the regulatory approval situation to account for delays that may have nothing to do with regulators, others have concerns that regulatory agencies will, in fact, put a halt to Tesla’s progress on driver-assistance systems due to safety concerns.

With all of that said, it appears the European Union may be hoping for Tesla Autopilot updates, as well as similar updates in all vehicles. Regulatory agencies in Europe are in the process of making certain vehicle safety systems mandatory. Countries in the European Union agreed back in 2019 to add certain safety regulations, which it started enforcing in January 2020.

What’s more important here is that EU regulators will make regulations required by law as of July 6, 2022. This is not long after Musk’s hopeful “March update,” which, based on Tesla’s history and the current mess across the globe, stands to be delayed.

According to Teslarati, based on information from the Federal Ministry for Digital and Transport:

“Next year, Driver Drowsiness and Attention Warning Systems, Intelligent Speed Assistance, Advanced Emergency Braking, and Emergency Lane Keeping Assists will be mandatory. Then by 2024, every car sold in the EU must be fitted with the technologies mentioned above.”

We’d love to hear from any European Tesla owners that visit the site. What are your experiences with Tesla’s tech features, especially related to software updates and the timing surrounding those updates? Start a conversation in the comment section below.