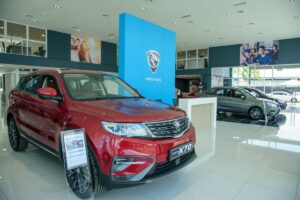 The government’s decision to allow car sales and automotive production to resume in states currently under phase one of the national recovery plan has been lauded by the Malaysian Automotive Association (MAA). It said the reopening was timely as many businesses were on the ropes as a result of the complete halt in economic activity.

The association, which had previously appealed to the government asking for permission to conduct sales and assembly operations with strict SOPs and controls, said that the local automotive industry had suffered huge losses since production plants, distribution centres and sales outlets were closed from June 1 following the full movement control order (FMCO).

According to MAA president Datuk Aishah Ahmad, the industry lost more than RM14 billion in June and July when all activity in the sector stopped. “This is just only from sales of vehicles in the domestic market,” she explained.

She added that the shutdown had wider repercussions on the entire automotive eco-system nationwide. “Our members had also lost much in terms of revenue from exports of vehicles and components, and sales of spare parts locally. All in all, these losses had been very substantial and unprecedented,” she said.

Aishah said that dealerships had been most affected by the lockdown, in particular smaller businesses that rely solely on income generated from the sales of new vehicles. She said that many of them were facing severe cashflow problems because they had nothing to sell and generate income, and were having difficulties in retaining employees, especially sales advisors.

She added that had the shutdown been prolonged further, the industry would not have been able to sustain itself. “Many of us are bleeding. We have used up much of our savings over the past one year. So, it is a huge relief that finally we are allowed to resume our businesses and to revive our industry,” she said.

Sales and production of motor vehicles over the past two and a half months reflect how dire the situation had become. Vehicle sales amounted to only 1,921 units and 7,086 units for June and July 2021 respectively, a far cry from the usual 45,000 to 50,000 units per month. Likewise, production numbers for June and July totaled only 276 units and 2,775 units respectively, a huge reduction from the 40-50k units in a regular month.

With regards to vaccinations, Aishah said that MAA members had responded to the call by the government to register for immunisation programmes for their employees. Many companies had already started their vaccination programmes to get as many people as possible vaccinated by October. She said that many MAA member companies’ employees have already received at least one vaccine dose while a few companies had almost all their employees fully vaccinated by now.