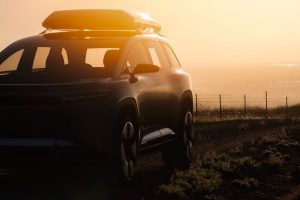 During the reveal of the production Lucid Air today, Lucid Motors also teased an electric SUV it is currently calling Project Gravity, proof of the Californian startup’s desire to fill out its product portfolio. No details have been revealed just yet, but it’s likely that this is a concept previewing the production version, much like how the Air was preceded by a prototype. The finalised model should be based on the Air, as the company said that the car’s Lucid Electric Advanced Platform (LEAP) will also underpin forthcoming models.

This should mean that Project Gravity will share much of the same impressive numbers with the sedan, which will be offered with up to 1,080 km, get from zero to 60 mph (96 km/h) in as low as 2.5 seconds and have a range of as much as 832 km thanks to the 113 kWh lithium-ion battery.