Lordstown Up Against SEC Probe Due To Short-Seller Hindenburg Research 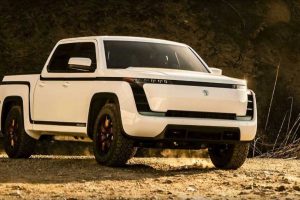 It seems Hindenburg Research is going to continue making its rounds. Will Lordstown survive?

When we first heard of this recent news, a team member at InsideEVs commented, “Another one bites the dust.” Sad to some, but potentially true, though we have to wait and see how it all plays out for Lordstown. What we do know so far is that Hindenburg Research reported the startup electric pickup truck maker to the SEC, and now an official probe is underway.

If you’re not familiar with Hindenburg Research, it’s the group that exposed Nikola and Trevor Milton, went after Kandi, and is now publically short-selling Lordstown Motors stock as it works to get the future automaker busted for fraud.

While we must be careful here not to form an opinion about Hindenburg Research and its efforts, we will say that the firm has proven itself to be correct with many of its assessments of companies in the past. While some folks may be skeptical and/or bothered by Hindenburg’s agenda, others are impressed with its work, as well as relieved that it is working to expose potential fraud in the industry.

Accord to Hindenburg Research, Lordstown is misleading the public with its timelines related to the launch of its upcoming electric pickup truck. Lordstown has announced that it’s aiming for this September, but Hindenburg says the truck is three to four years away. In addition, Hindenburg reports that Lordstown is using “fake orders” to attract attention and that it has barely tested the upcoming truck.

A spokesperson from Lordstown Motors stated this week that it has received an information request from the U.S. Securities and Exchange Commission (SEC) related to a Hindenburg Research report. Lordstown insists it is cooperating fully. During the company’s recent earnings call, it stated that it has already put together a special committee to look into the accusations.

Lordstown insists it’s on track to start production of its Endurance electric pickup truck this coming September. This is a developing story.