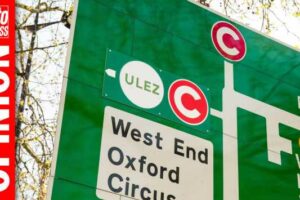 Some owners of pre-Euro 6 diesel and pre-Euro 4 petrol cars undoubtedly feel the £12.50 daily pinch the ULEZ brings, but for most people the part of London it covers is one into which you would drive only if you really had to.

That’s going to change on 25 October, though, when the ULEZ expands to encompass all areas inside the North and South Circular roads. If you’re unfamiliar with London, that’s most of it; the expanded ULEZ will reach as far north as Edmonton and as far south as Forest Hill, while bookending the capital from Barking in the east, to Chiswick in the west. This is a vast residential area, where just under four million people live.

‘So what?’, you might reasonably ask if you don’t live in or visit London. Well, bear with me, as here’s some back-of-a-fag-packet maths that might change your mind.

There are around 44,000 cars listed for sale within 15 miles of Westminster (equivalent to the M25 area) on Autotrader right now, representing 10 per cent or so of the UK’s current used-car market. Based on their age, around 6,700 of these cars are pre-Euro 6 diesels (roughly 2015 or earlier), and a further 2,300 or so are pre-Euro 4 petrols (roughly 2006 or earlier), making it safe to say that roughly 20 per cent of used cars attract the ULEZ fee.

Extrapolated across London’s 2.6 million private cars, about half a million therefore fall foul of ULEZ regulations. And if you think my sums are sketchy, TfL’s own estimates hold that around 565,000 cars in London don’t meet ULEZ standards.

No, what I don’t think many people have realised is how ULEZ expansion could affect the value of second-hand cars in London and further afield. Around one in five cars will soon, overnight, attract a £12.50 daily charge for entering one of the most populous areas in the country. Plus there’s an £80-£160 fine if their owners forget to pay, or fail to notice they entered the vast zone.

This has the potential to see a heck of a lot of people ask themselves if it’s time to upgrade their car for something newer, with a better Euro standard. Assuming this happens, expect a large number of older, less attractive diesel cars to enter the second-hand market before the end of the year, with the rules of supply and demand likely to see values fall as they arrive.

Conversely, second-hand petrol cars – which can be a lot older than their diesel counterparts and not attract the ULEZ fee – have the potential to become far mode in demand, with prices rising accordingly.

I’m no economist, but I do know that markets react to change in an almost organic way, and we may soon see a large number of older diesel cars hit the second-hand car market in rather a sudden fashion. If this happens, the question will be whether the ripples created by this impact stop at the North and South Circulars, the M25, the Home Counties, or beyond.