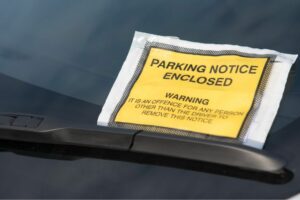 Birmingham City Council made £4,056,130 from parking tickets in the 2021 – 2022 financial year, according to the latest figures. The data was obtained using a Freedom of Information request to the authority.

According to the figures, parking wardens issued 121,577 Penalty Charge Notices.

And, this included periods when Covid lockdowns were in full swing and fewer cars were on the road.

Surprisingly, it was not the city centre that claimed the top spot, BirminghamLive reported.

The suburb of Alum Rock came in first place with 3,553 parking tickets issued.

However, a Birmingham City Council spokesperson highlighted that some of the notices received last year related to fines issued from previous years.

Nonetheless, the amount of money that the council made could increase even further.

This is because not all fines have yet been paid.

This in turn means that once all the fines are paid, the total earned by the council could be between £7.5million and £3.8million.

According to the data, the most common reason for parking tickets was an “01 contravention”.

This means that drivers parked where they weren’t allowed to.

The top five parking fine hotspots in Birmingham were:

The news comes after another research revealed that British motorists were given 10 parking fines every minute last year.

The overall value of fines rose throughout 2021, with a total of £254.9 million issued to drivers, a six percent increase on 2020 when £234.6 million worth of fines were issued.

The rise in the PCNs issued across Britain comes as local councils expand the number of roads that have parking restrictions in place.

Overall, 63 percent of councils increased the number of roads with parking restrictions, meaning 80,200 roads across Britain now have some level of restriction in place, 1,200 more than in 2020.

The research, carried out by Churchill Motor Insurance, also found that Manchester issued the greatest number of PCNs in 2021, handing out 341,000 tickets at a rate of almost a thousand a day.

Meanwhile in London, nearly two million PCNs were issued last year, meaning the Capital accounted for over a third (37 percent) of all PCNs in 2021.

This was followed by the South East (18 percent), the North West (13 percent) and the East Midlands (seven percent).