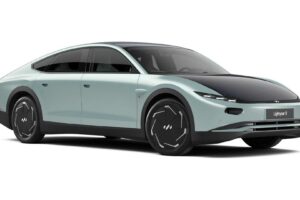 The Lightyear One is dead, long live the Lightyear 0! The Dutch electric vehicle startup has unveiled the production version of its solar car, which has been renamed Lightyear 0.

Described as the world’s first production-ready solar car, the Lightyear 0 is an evolution of the Lightyear One, both in terms of design and performance.

Styling-wise, the changes include redesigned bumpers, new headlights and taillights, an illuminated badge in the (now thicker) bar connecting the headlights, new door handles, side cameras moved from the doors to the front fenders in a lower position, and new aero wheels. The aero cover for the rear wheels is a no-cost option.

The vehicle’s outer body panels are made from reclaimed carbon, namely residual carbon fiber materials that would otherwise go to waste.

Inside, the changes are subtle and include the addition of two air vents on each side of the dashboard, a new center display, and the appearance of drive selector buttons on the center console. The cabin features plant-based leather, fabrics made from recycled PET bottles and wooden deco elements from sustainably-restructured rattan palm.

As far as specifications go, the Lightyear 0 shows a lot of promise. The WLTP range is listed at 625 kilometers (388 miles), while the five square-meters of double-curved solar panels are said to provide an additional 70 kilometers (44 miles) of range per day in ideal conditions—or up to 11,000 kilometers (6,835 miles) a year, assuming 365 sunny days.

In cloudy climates, the EV startup reckons the car’s solar panels will produce enough electricity to cover 35 kilometers (22 miles) a day. Thanks in part to its record-breaking coefficient of drag of only 0.19, the Lightyear 0’s energy use is 10.5 kWh per 100 kilometers (169 Wh per mile).

As for charging, the EV startup says the Lightyear 0 ideally would require no charging for up to two months based on an average commute of around 35 kilometers (22 miles) per day—or up to seven months in sunnier countries.

Lightyear is already taking orders for its solar electric vehicle, which will enter production in Finland this fall. The first deliveries are expected in November in Europe. Prices start at €250,000 (approximately $265,000), excluding VAT, but the company promises to launch a €30,000 Lightyear Two smaller model around 2025. 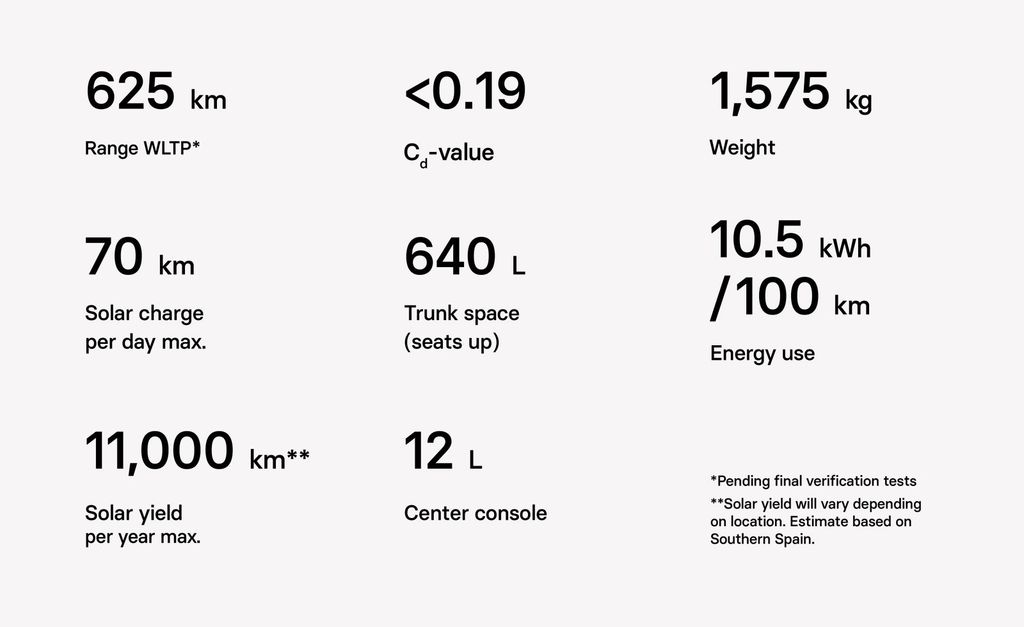 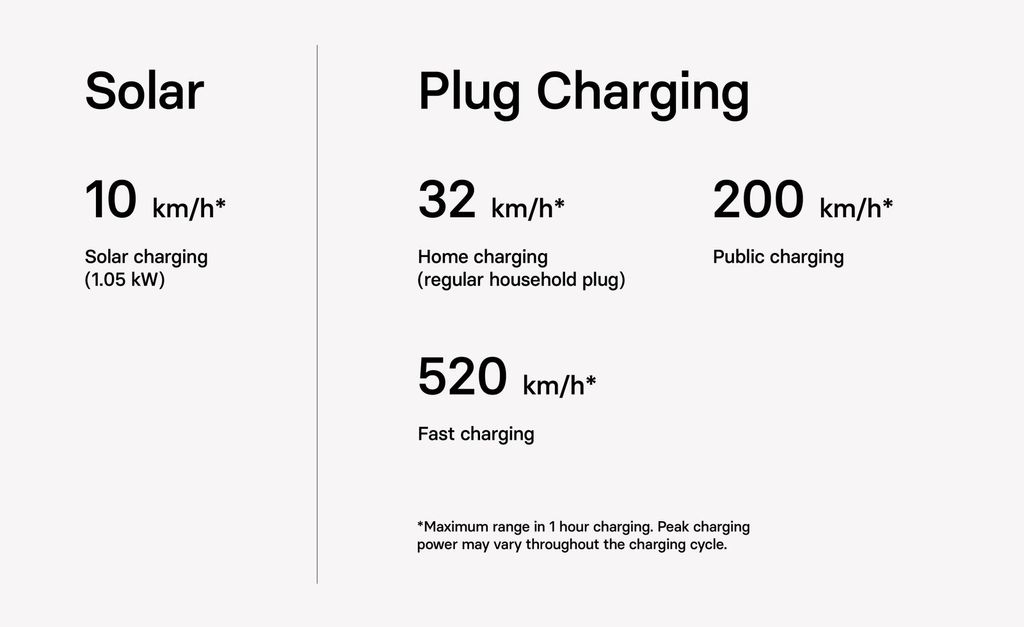