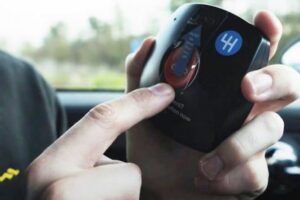 Black box: How the technology can lower car insurance costs

Analysis shows their FluxScore black box offering is reducing the number of significant and gross speeders by a huge 60 percent and 70 percent respectively.

Crucially, the company’s research shows it achieves the values of 42 percent and 52 percent after the box and app has been enabled for 90 days showing it has a longer-term effect at reducing speeding.

Reducing speed not only helps prevent accidents but it significantly reduces the severity of injuries sustained as a result of any impact.

An average increase in speed of just 0.6mph results in a three percent higher risk of a crash involving injury, according to the World Health Organisation.

It has also had a profound impact on young drivers and those who have recently passed their practical driving test.

Another 287 people, including passengers and pedestrians, were killed in crashes involving a young car driver.

The Department for Transport Select Committee’s report also found that while young drivers made up only seven percent of all licence holders they were involved in 16 percent of fatal and serious crashes.

This is a very worrying statistic given that speeding in the age group remaining a serious problem.

The DFT’s findings stated police records showed that 37.9 percent of crashes involving young drivers involved either “careless” or “reckless” driving that was “too fast for conditions” or “exceeding the speed limit”.

Road safety charity Brake’s survey found the demographic were one-fifth more likely to drive at the highest speed compared to their older counterparts.

The black box insurance policy enables the box to dial out automatically if it suspects there’s been an accident.