Lexus UX300e Review Concludes You Should Actually Shortlist It 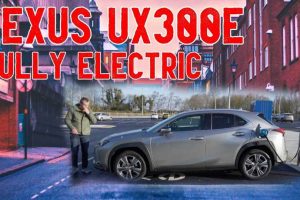 The UX300e may not be on most EV buyers’ radar, but this reviewer believes it should.

Lexus heaved to reluctantly launch its first proper electric vehicle, the UX300e, a vehicle we got to experience at its official launch in Portugal. On paper, its relatively small battery and range, as well as the fact that it is just an ICE vehicle that’s been converted into a full-EV, may put some people off, but Irish car reviewer, Bob Flavin, disagrees.

So with only so-so specs, compared to the very best EVs on the market, the reviewer still ends up thoroughly recommending this Lexus UX300e. He even goes so far as to say it is one of the best electric vehicle choices currently available for the Irish electric car buying public.

However, if you watch his lengthy in-depth explanation as to why, you learn that it has more to do with the fact that the UX is a good vehicle, one that does so many things right it’s actually hard to fault. And its transition towards being a fully-electric vehicle has actually been a successful one, even with the small battery.

For instance, Bob praises the electric UX for not having a compromised seating position in the car; even though the battery pack is in the floor, it doesn’t pus occupants’ knees too high, and this makes its especially comfortable to be aboard of, a characteristic that’s further enhanced by the sublime damping. Check out the video to see all the reasons why he ends up thoroughly recommending the car.