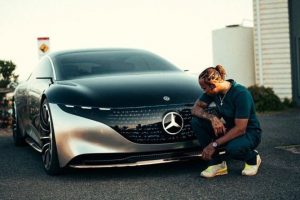 Lewis Hamilton has been pictured with the Mercedes Vision concept car which is set to enter production within nine months. Mercedes themselves have previously said the new fully electric model could be introduced to the market towards the end of 2021.

In a post on his social media page, Lewis revealed he had been making changes in his lifestyle to reduce his impact on the environment.

He said he was “committed to staying educated and informed” and had confirmed he was working closely with Mercedes on electric models.

The six-time Formula 1 champion said: “I have offset my carbon footprint from my Formula 1 career dating back to 2007.

“I have reduced travel where possible, I have gone plant-based and outside of the track, I try to use electric cars wherever possible. 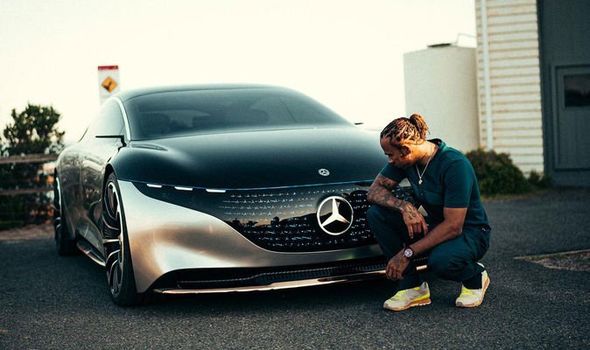 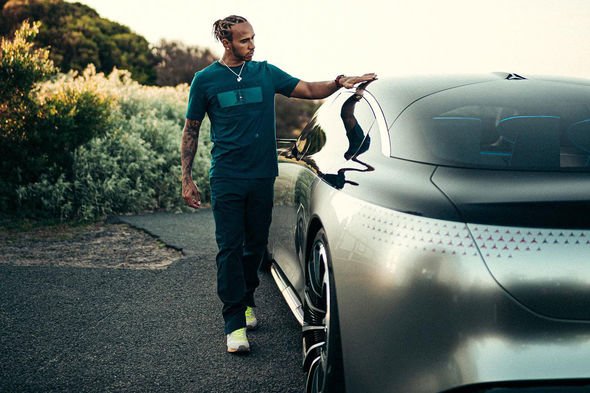 “I also want to use my position as a racing driver to enforce positive and permanent change, which is why I’m working closely with Mercedes to slowly move their fleet of cars towards electric.

“This is my new dream car, the new EQS fully electric Mercedes. I can’t wait until it’s released!”

The new model has a targeted range of 435 miles with both a rear-wheel drive and all-wheel drive version set to be made available.

A super-fast top-up has also been suggested with drivers potentially able to add an extra 350 miles within just 20 minutes when plugged into a 350kW source.

DON’T MISS
Which? reveals vehicles with the most reliable fuel type [INSIGHT]
WhatCar? reveals their top electric car picks [ANALYSIS]
Designer Ian Callum has hinted at his next project  [INTERVIEW]

Performance is also not lacking in the new model with Mercedes predicting the model could reach 0-62mph in just 4.5 seconds.

But he has hinted the EQS model would be similar to Mercedes brand new S-Class machine.

Alongside the futuristic internals, the model will come equipped with stunning 24-inch multi-source wheels. 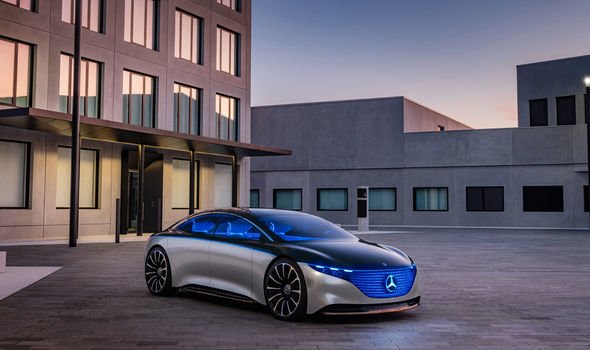 Mercedes says the rear lights will be seamlessly integrated into the car’s bodywork for the first time.

The German car brand has also suggested the model could become a “cooperative car” with a 360-degree light belt allowing interaction between the vehicle and its surroundings.

Mercedes have revealed the interior will take its inspiration from the world of luxury yachts to create a stunning new design.

They reveal the dashboard will blend with the bodywork while spatial designs will make the vehicle feel like a deck of a boat. 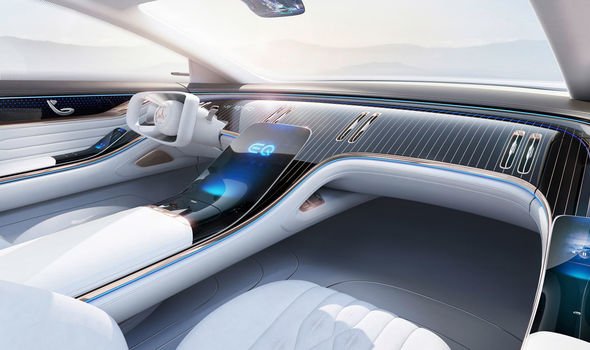 In a step further from most modern vehicles, Mercedes has given each occupant their own infotainment screen integrated into armrests.

As a bonus, owners of the EQS model will be given access to the IONITY public charging schemes.

This is a joint venture between BMW, Mercedes, Ford and VW which offers customers a high power charging network across major highways in Europe.

The new service is set to tackle the issues of range anxiety which have often been seen as a barrier for take-up of the electric models.

Prices of the new model are yet to be announced but is expected to be somewhere around the region of £80,000.