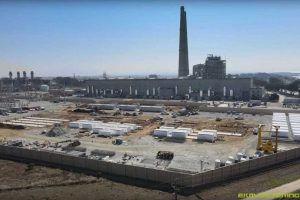 Is this the biggest battery energy storage under construction right now?

Tesla is ramping up its deployment of the all-new 3 MWh Megapack energy storage systems, which are envisioned for the largest project by utilities.

Here we can see one of the biggest projects under construction globally – in Moss Landing, California, where Pacific Gas & Electric (PG&E) installs a 730 MWh/182.5 MW system!

It will consist of 256 Tesla Megapacks (on 33 concrete slabs) and should be completed in early-2021. Full commercial operation is expected in Q2 2021.

The video was provided by EKMMetering (recorded on October 17, 2020). Tesla recently hinted at the project in its Q3 financial report, showing an image of several already installed Megapacks: