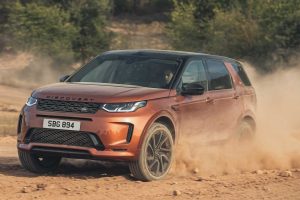 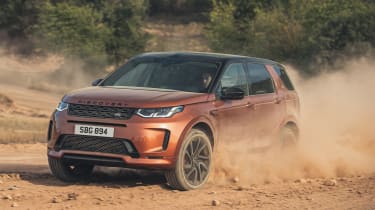 Land Rover has revealed an updated Discovery Sport range that’s available to order in the UK now. Similar improvements have also been made to the Discovery Sport’s sister car, the Range Rover Evoque.

The Discovery Sport has been updated to include new electrified engine options, new infotainment, and a new cabin filtration system. There’s also a new special edition that verges on performance-SUV territory.

New 48-volt mild-hybrid diesels join the range for the first time; the pair, badged D165 and D200, use a new 2.0-litre diesel four-cylinder engine developing 161bhp and 201bhp respectively. Both feature all-wheel drive as standard, but the D165 is equipped with a manual gearbox, while the D200 has an eight-speed automatic.

A new special-edition model called Discovery Sport Black also joins the ranks. It’s based on the R-Dynamic S version of the car, but with a dark-tinted makeover inside and out. It also receives a new 286bhp 2.0-litre four-cylinder turbo with mild-hybrid assistance. Land Rover says the 0-62mph sprint takes 7.4 seconds, while the Discovery Sport’s usual choice of off-road modes remain.

Prices for the new Black edition have not been confirmed but expect it to sit towards the very top of the line-up given the level of performance on offer; the rest of the Discovery range starts from £31,915. 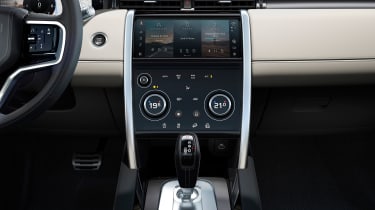 The Disco Sport’s infotainment technology has been updated from the old Touch Pro system to Land Rover’s latest Pivi technology. The Pivi and Pivi Pro options offer simplified menus and better navigation software as well as Spotify music integration, and owners will also be able to receive over-the-air updates to future-proof their cars’ tech to a degree.

Finally, a new, more efficient new cabin air filtration system is included on the latest models that can filter out fine particulates of just 2.5 microns in size. That’s 30 times smaller than the width of human hair.