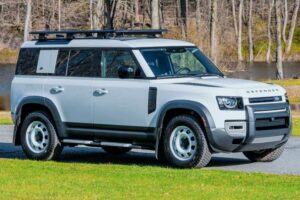 You might see a bright white Land Rover Defender 110 at your local dealership this summer, riding on white steel wheels and sporting some off-road accessories. It’s not a one-off creation, but rather, one of 500 factory-made Defender 30th Anniversary Edition models that pay homage to the 1993 Defender 110 First Edition.

Defender enthusiasts will note that the first model actually launched in 1983, but it didn’t reach the states until 10 years later. As such, this new 30th Anniversary Edition is destined solely for North American dealerships, and each one is based on a 110 P300 S model. All will wear the same shade of Fuji White on the outside, with ebony grained leather seats inside. Gloss while 18-inch steel wheels and heritage-inspired badging are part of the package.

Numerous accessories are also installed for the 30th Anniversary Edition. Emphasizing the Defender’s off-road chops, the special 110 gets a cool roof rack, fixed side steps, fender flares, a deployable ladder, a grille guard, mud flaps for all four tires, and rubber mats for the interior. Numerous Land Rover packages are included as standard kit, with the off-road pack, tow package, cold climate pack, and black exterior package being among them. 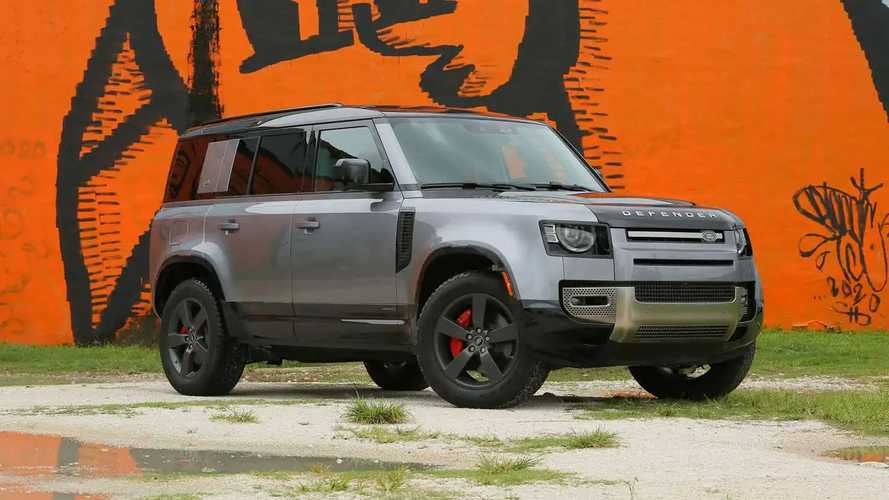 “The Defender 30th Anniversary Edition is a modern classic which pays homage to the heritage of 1993 Defender 110 First Edition,” said Jaguar Land Rover North America CEO Joe Eberhardt. “This Edition celebrates the Defender model legacy here in North America, while offering technology and features that the adventurers of today expect in a new vehicle.”

The Defender returned to the US market in 2020 with the current generation model, ending a 13-year absence. Since then we’ve gained the Defender V8 with 518 horsepower (386 kilowatts) from a supercharged 5.0-liter V8. An even hotter Defender is rumored to be in the works, possibly wearing the SVR moniker and packing 600 hp (447 kW) with a twin-turbocharged 4.4-liter V8 borrowed from BMW.

The 2023 Land Rover Defender 30th Anniversary Edition is available for order now. Pricing starts at $76,350, including a $1,350 destination fee.