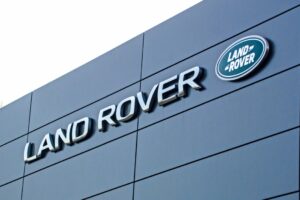 Land Rover customers are being asked to surrender the right to sell their cars to private buyers outside the dealer network within the first six months of ownership.

Auto Express was made aware of two cases where customers who have ordered new Defenders have been asked to sign a document before taking delivery. The document stipulates that the customer cannot sell their car to anyone other than an official Land Rover dealer within the first six months of ownership.

Since publishing the story, Auto Express has heard from two further Land Rover customers describing a similar experience. One of these explained how they now wish to sell their car within the first six months of ownership, but are worried about doing so outside the dealer network for fear of breaching the document's terms.

Although customers who intend to hang on to their new car may not object, others feel that they should not have to waive their right to do what they want with a vehicle once it’s been purchased. Auto Express understands that the document covers both cash and finance sales.

Two customers told us that their dealership claimed the demand had come from Land Rover head office, with retailers facing a fine of around £28,000 to £30,000 if a new car they have sold is listed on the general market within six months of purchase.

Even more Land Rover customers have reported similar cases in online owners forums. The policy often appears to be implemented when Land Rover suspects a customer is a member of the motor trade and therefore likely to sell the car on.

A spokesperson for the Motor Ombudsman said: “The legality of applying such a condition would depend on whether the business is able to prove that these restrictive covenants are reasonable, are necessary to protect legitimate business interests, and are no longer than necessary.

“The Consumer Rights Act 2015 has provisions about unfair or onerous terms of contract, so the customer would likely be able to refuse this restriction.”

When questioned about the policy, Land Rover issued a statement, which seemed to contradict the claims that the issue has originated from the firm's head office. It said: “Our retail partners work hard to ensure all customers are treated fairly and with honesty. It is not on our instruction or guidance that any agreements are made with customers relating to the onward sale of their vehicle, nor do we endorse it.”