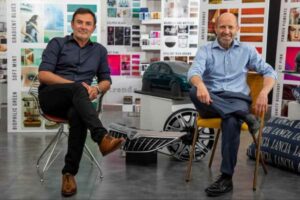 If ever there was such a thing as a zombie automotive brand, Lancia would most certainly fit the bill. The storied Italian carmaker has been living in a perpetual comatose state, its range of models whittled down to just one ten-year-old car, the Ypsilon.

A revival has long been rumoured and owner Fiat Chrysler Automobiles (FCA) even merged Lancia’s products with Chrysler’s in an attempt to boost sales, with little success. But the creation of the new Stellantis group seems to have finally lit a fire under the movement, as the building blocks are slowly falling into place.

The latest news is that Lancia will get a new design boss in Jean-Pierre Ploué, Stellantis’ chief design officer. The Frenchman will lead a “lean and focused team” of young designers from the group’s design studio in Turin. “Lancia’s renaissance is a truly exciting challenge,” he said. “Lancia is an iconic brand which will be restored to its central historical position in Europe, leveraging on its huge potential.” Lancia CEO Luca Napolitano added, “I want to welcome Jean-Pierre Ploué. I am very honoured we can leverage on such a diverse team of professionals to work together for the success of Lancia.”

This follows the announcement of a new management team in March, with former Alfa Romeo product planning boss Paolo Loiotile in charge of products, former Fiat/Abarth sales head Yann Chabert in charge of marketing and communications, former Lamborghini woman Erica Valeria Ferraioli in charge of pricing and Fiat Panda launch architect Roberta Zerbi in charge of both Lancia and Alfa Romeo in Europe.

It’s been previously reported that Lancia will be working with Stellantis’ other premium brands, Alfa Romeo and DS, to strengthen the group’s presence in the sector. The carmakers will be collaborating on new platforms, powertrains and features to differentiate themselves from their mainstream relatives.

To reinforce its renewed focus on styling, Lancia will release the first part of its “Elegance in Motion Since 1906” docufilm on Thursday, which will feature Napolitano talking about the company’s design heritage.