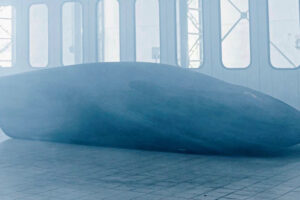 This year is a rather special one for the Lamborghini Countach, as it marks the 50th anniversary of the model’s introduction as the LP500 concept at the 1971 Geneva Motor Show. When it was unveiled, the concept was truly a showstopper with its distinctive wedge design penned by Marcello Gandini of Bertone.

In a bit of a surprise, the Italian carmaker has announced that the automotive icon of the 1970s is set to make a return, although it isn’t revealing a whole lot for now. We do get a teaser image to work with, where we can make out a delightful shape that appears to stay true to the original. There’s also a video reminding us that the Countach was the king of pin-ups for adolescent kids back in the day, and that the “rebirth of a dream” is on its way.

While the provided information is certainly limited, The Supercar Blog managed to unearth more details of the new Countach from the Unica mobile app, which is exclusive to Lamborghini customers.

First up, the model’s full name will be the Countach LPI800-4, which is a strong indicator that there will be some electrification involved. Remember the Asterion concept from 2014? Well, that had “LPI910-4” in its name, with “LPI” being an abbreviation for longitudinale posteriore ibrido, where the last bit translates to hybrid from Italian.

Meanwhile, the numbers suggest the hybrid setup will be all-wheel drive and provide 800 PS, with the latter not being too far off the Sián FKP 37. It’s still not clear what sort of hybrid system will be used, be it something more conventional or advanced like a supercapacitor.

There’s also another teaser image showing a portion of the rear fender, which feature intakes that are a clear reference to the LP500 concept, although the entire car is painted in white rather than the show car’s yellow.

For a bit of history, the LP500 concept was meant to preview a successor to the Miura, but a production version would only arrive later on in 1974. Initially, the Countach went on sale as the LP400 with a 4.0 litre V12 rather than a 5.0 litre unit, as the latter “proved to be still too immature and delicate,” the company said.

In 1978, the company introduced the LP400 S that brought with it technical updates and an optional rear wing that became one of the most distinctive features of the Countach. The LP500 S arrived later in 1982 with a 4.8 litre V12, followed by the LP5000 Quattrovalvole that packed a larger-displacement 5.2 litre engine.

The final evolution of the model was the Countach 25th Anniversary in 1988, which received styling enhancements by a certain Horacio Pagani. The final Countach to be produced was the celebratory version on July 4, 1990, and by then, the total production number of the model was 1,999 cars. The company says this excludes the very first LP400, which is still on display at its MUDETEC museum.

If you’re wondering which famous fighting bull the Countach is named after, there is none. Unlike other Lamborghini models, the name originated from the word contacc, which is an exclamation of astonishment in the Piedmontese language. Former Lamborghini test driver Valentino Balboni retold the story behind the name in an interview with Car and Driver that is worth checking out. It’s also pronounced Coon-tosh.