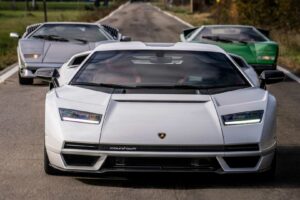 The revived Lamborghini Countach caused a small sensation when it made its official debut last year. It was quickly sold out with most of the customers also owning a classic example of the Countach. Not everything was perfect, though, as the original designer, Marcello Gandini, made it known that he does not approve of the remake. Nevertheless, it’s time to witness the new Countach in action.

Following its premiere at Pebble Beach on August 13 last year, the Lamborghini Countach LPI 800-4 as it is officially dubbed was taken to the public roads for the first time. It was accompanied by two very special guests – the first Countach LP 400 and the very last Countach 25th Anniversary produced. The three cars formed an impressive supercar trident and posed for a high-quality photo session which is attached below. 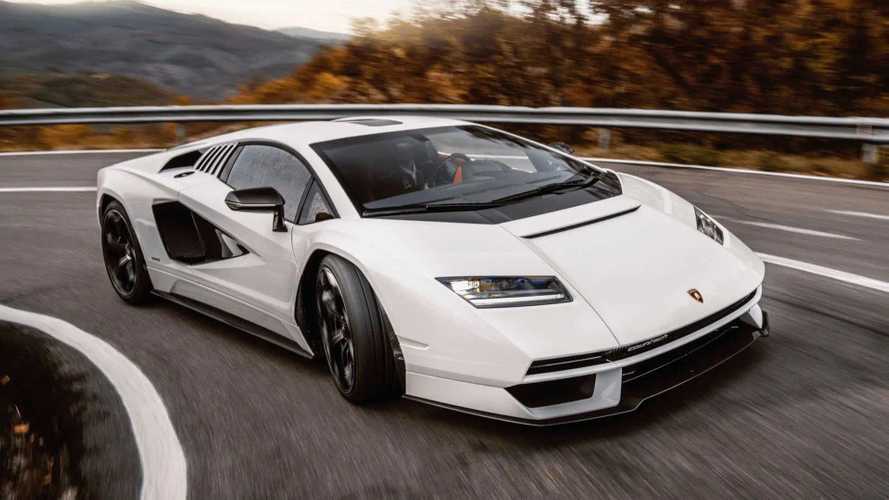 The new Countach is one of the most powerful Lambos ever made and has a 6.5-liter electrified V12 engine, delivering a peak output of 780 horsepower. A 48-volt electric motor is mounted directly on the gearbox and helps with the acceleration and probably with the emissions. More impressively, the electric motor consumes energy stored in a supercapacitor, which provides three times more power than an equally heavy lithium-ion battery.

Lamborghini will begin delivering customer cars anytime now. Again, all 112 examples planned for production were already sold even before the car’s official public presentation. There’s no official word about the pricing with rumors suggesting figures between $1 million and $3.5 million per unit. Whatever the price, we don’t doubt it will be worth it.

Later this year, Lamborghini will launch its final pure combustion-powered model. In total, four new models will be unveiled by the automaker in 2022 in an attempt to beat last year’s sales record of 8,405 cars delivered globally.