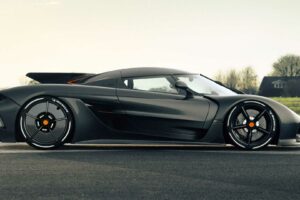 It feels like the fantastic Koenigsegg Jesko debuted a lifetime ago. It first appeared at the Geneva Motor Show in March 2019, followed by the top-speed-focused Jesko Absolut a year later. Since then, the world has endured a global pandemic, tech shortages causing massive supply chain disruptions, financial uncertainty, and Russia’s invasion of Ukraine. No wonder it feels like a lifetime ago, but the Jesko Absolut still lives.

By that, we mean it’s more than just a show car. Koenigsegg released new images of the first pre-production Jesko Absolut, wearing a Graphite Grey exterior paint job accented with orange striping. It will be the lead test car for the Jesko Absolut program, using the same twin-turbocharged 5.0-liter V8 and nine-speed transmission from the standard Jesko. That is, if you can call any Jesko standard. 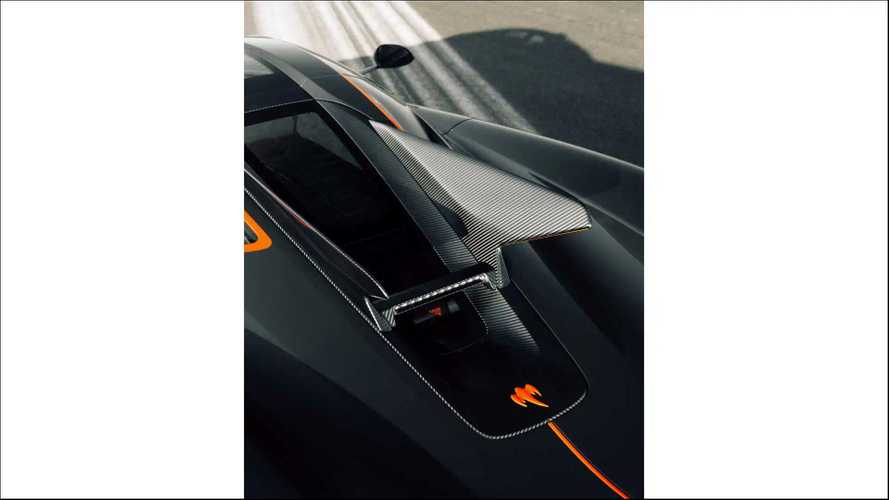 “The Absolut feels very natural to drive. Because of its seamless shifting, whether up or down, everything just happens much faster,” said Koenigsegg Test Driver Markus Lundh. “There are no delays, it is very responsive and behaves exactly the way you would want it to. We spent thousands of hours in CFD calculations. We’ve streamlined this car from not just an aerodynamic and design perspective, but also from a high-speed stability perspective. As a result, the Jesko Absolut has a phenomenally low drag of only 0.278 Cd.”

The purpose of all that development is to create what could be the fastest production car in the world. The Jesko’s boosted V8 engine makes 1,600 horsepower (1,193 kilowatts) when running on E85 fuel. Combined with the aerodynamic changes and the nine-speed’s gearing, the Jesko Absolut has a theoretical top speed of around 330 mph. Company founder Christian von Koenigsegg has already said it will be the fastest car Koenigsegg will ever build, now or in the future.

If 330 mph is accurate, it would easily elevate it beyond the 282.9 mph average top speed achieved by the current official production car record holder, the SSC Tuatara. It would also easily eclipse the Bugatti Chiron Super Sport 300+ unofficial speed of 304 mph. Bugatti is the first automaker to break the 300-mph barrier in a production car, however, it’s all unofficial because the speed was attained in just a single direction versus an average in opposite directions. Making back-to-back runs in opposition directions negates any possible wind or elevation influence on a vehicle’s straight-line performance.