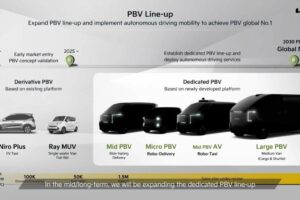 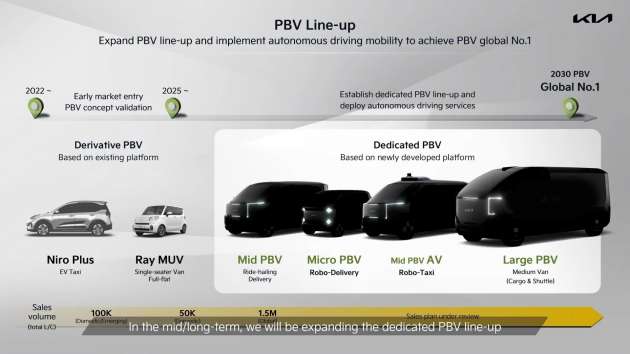 According to a report by Korean Car Blog, Kia is set to build a new factory in Korea for the first time in 25 years since its third Hwaseong plant was opened in 1997. The new facility, which will also be located in Hwaseong, will be dedicated to producing new purpose-built vehicles (PBVs) and is expected to be complete by 2024, with operations beginning in 2025.

Purpose-built vehicles are vehicles designed to provide delivery and logistics services, and they will be important for Kia to achieve its target of selling four million vehicles globally by 2030, as announced during its recent 2022 CEO Investor Day.

Kia is aiming to be the top PBV company in the world, and between 2022 and 2025, it will enter the market early to validate its concept. As such, it will introduce derivative PBVs that are based on existing platforms, including the Kia Niro Plus that is due to be released in 2022, designed specifically for taxi and ride-hailing purposes.

There’s also the Ray MUV, which is a MUV (multi-utility vehicle) version of the Ray city car that is touted as Korea’s first single-seater van. The Ray MUV has already been launched since February this year with internal combustion engines, but a fully-electric version is due next year.

From 2025 to 2030, Kia will focus on developing PBVs built on its eS platform, which is a scalable, skateboard architecture dedicated to electric vehicles. The flexibility of the platform allows for various vehicle types to be introduced, including a Mid PBV for ride-hailing and delivery as well as an autonomous vehicle version that functions as a robo-taxi.

The Mid PBV/PBV AV has a three-zone layout that is optimised for business requirements, with the eS platform providing the flexibility to meet the needs of customers. Joining it will be a Micro PBV for robo-delivery as well as a Large PBV, the latter being a medium van that can be geared for cargo delivery or as a passenger shuttle.

Depending on the type of PBV, Kia lists a few unique selling propositions: maximised indoor space (up to 1.8 metres in-door height), flexible vehicle configuration, excellent durability (up to 600,000 km) and ease of maintenance, upgraded connectivity via over-the-air updates, and up to Level 4 autonomous driving capabilities.