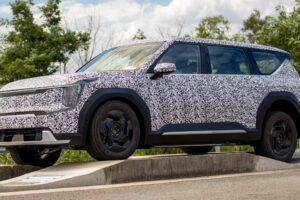 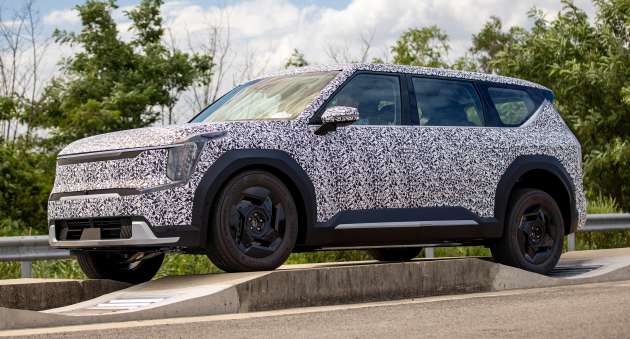 Images of the Kia EV9 fully electric SUV undergoing its final tests have been revealed ahead of its world premiere, which is planned for Q1 of 2023. Kia’s new flagship EV model will further accelerate the brand’s transition into electric mobility, following the debut of the EV6 crossover.

After 44 months of development in the areas of design, performance, electric driving range, vehicle dynamics and comfort, the EV9 is currently being pushed to the limits of durability in a gruelling verification programme at Kia’s global Namyang R&D centre in South Korea.

The Kia EV9 is being subjected deep-water wading tests, rough terrain tracks and 4WD hill climbs to ensure its reliability in challenging conditions. Scrutiny is also given to the all-electric SUV’s performance and road holding capabilities at the facility’s high speed, handling and low-friction tracks. 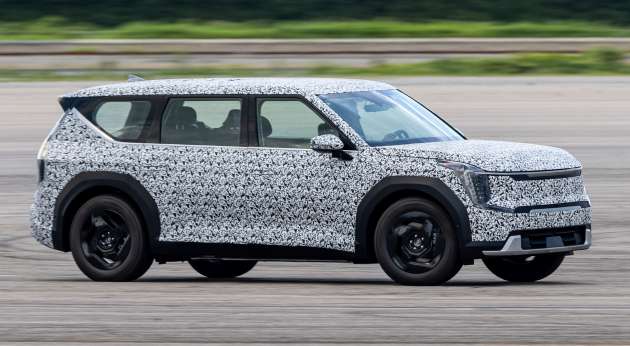 To achieve the highest level of build quality and ride comfort, the EV9 is also being tested on the ‘Belgian pave’ cobbled road surface by Kia engineers. Aside from the tests at the Namyang R&D centre, Kia said the EV9 has also been subjected to punishing test regimes all around the world.

The EV9 will be built on the Electric Global Modular Platform (E-GMP) architecture, with a max DC charging rate of 350 kW via an 800 v electrical system. According to Kia, the large SUV will offer up to 480 km of range.

As for the styling, it has clearly been toned down from the bold Concept EV9 that was shown late last year (pics below). Still, it sure looks to be an imposing all-electric SUV, which would be a fascinating option should it come to Malaysia. Hands up, anyone interested?