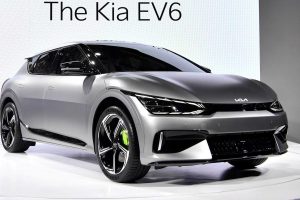 It’s also unlike any other crossover out there.

Official press images/renderings are nice and all, but we always prefer actual photos to get a grasp of a vehicle’s design. Kia has made a big deal out of the EV6’s appearance, saying the firm’s first dedicated electric car embodies a new design philosophy dubbed “Opposites United.” Marketing speak aside, the car certainly looks interesting, especially in this range-topping GT trim level.

Images published on social media by the Hyundai Motor Group from the world premiere that took place yesterday in South Korea show the EV6 GT in the real metal. We honestly would’ve gone for a more exciting color, especially since the dedicated EV6 page on the company’s website has a neat 360-degree visualizer with more hues to pick from instead of this satin silver. We took some screenshots to show the electric crossover in additional colors. 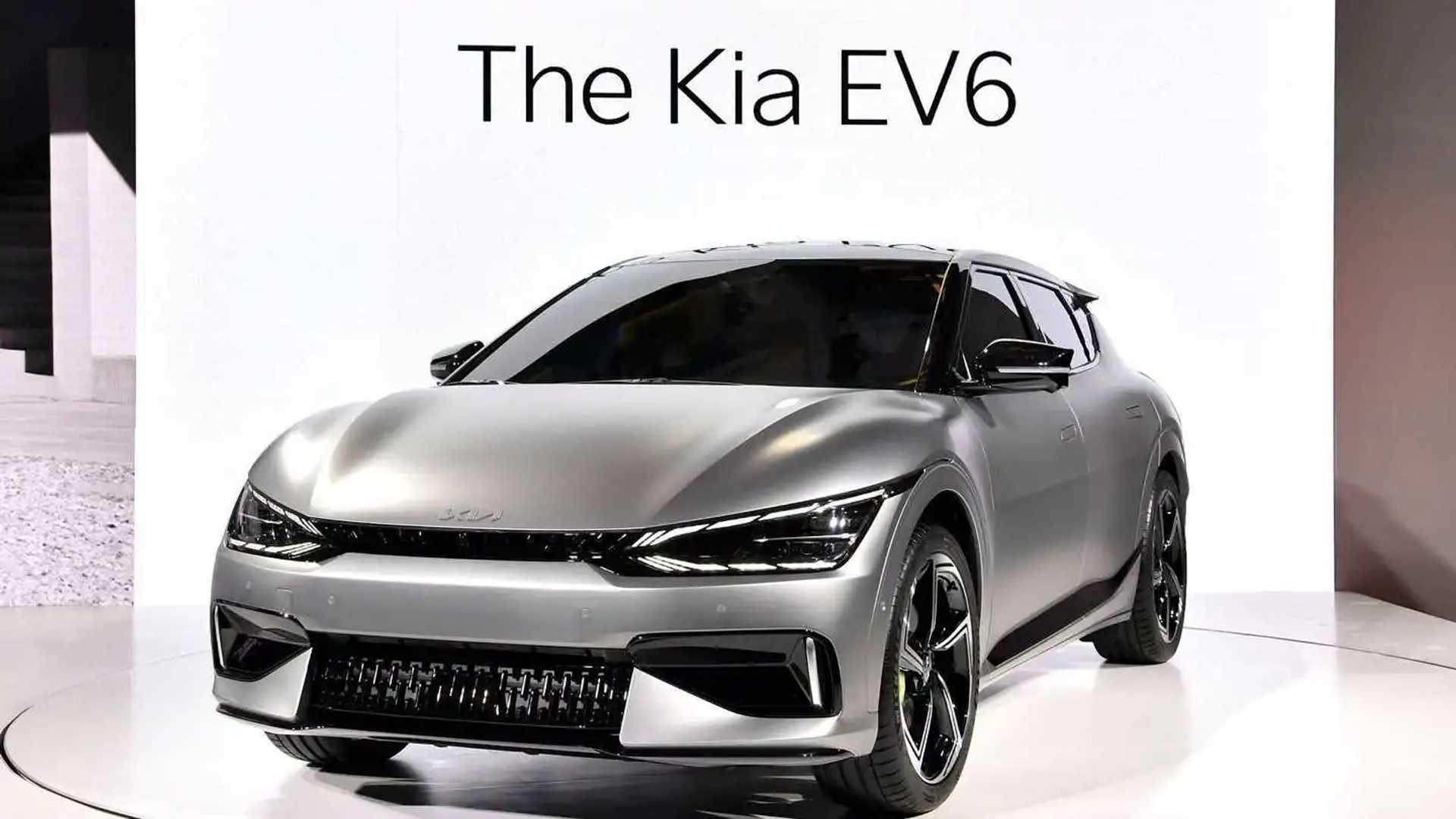 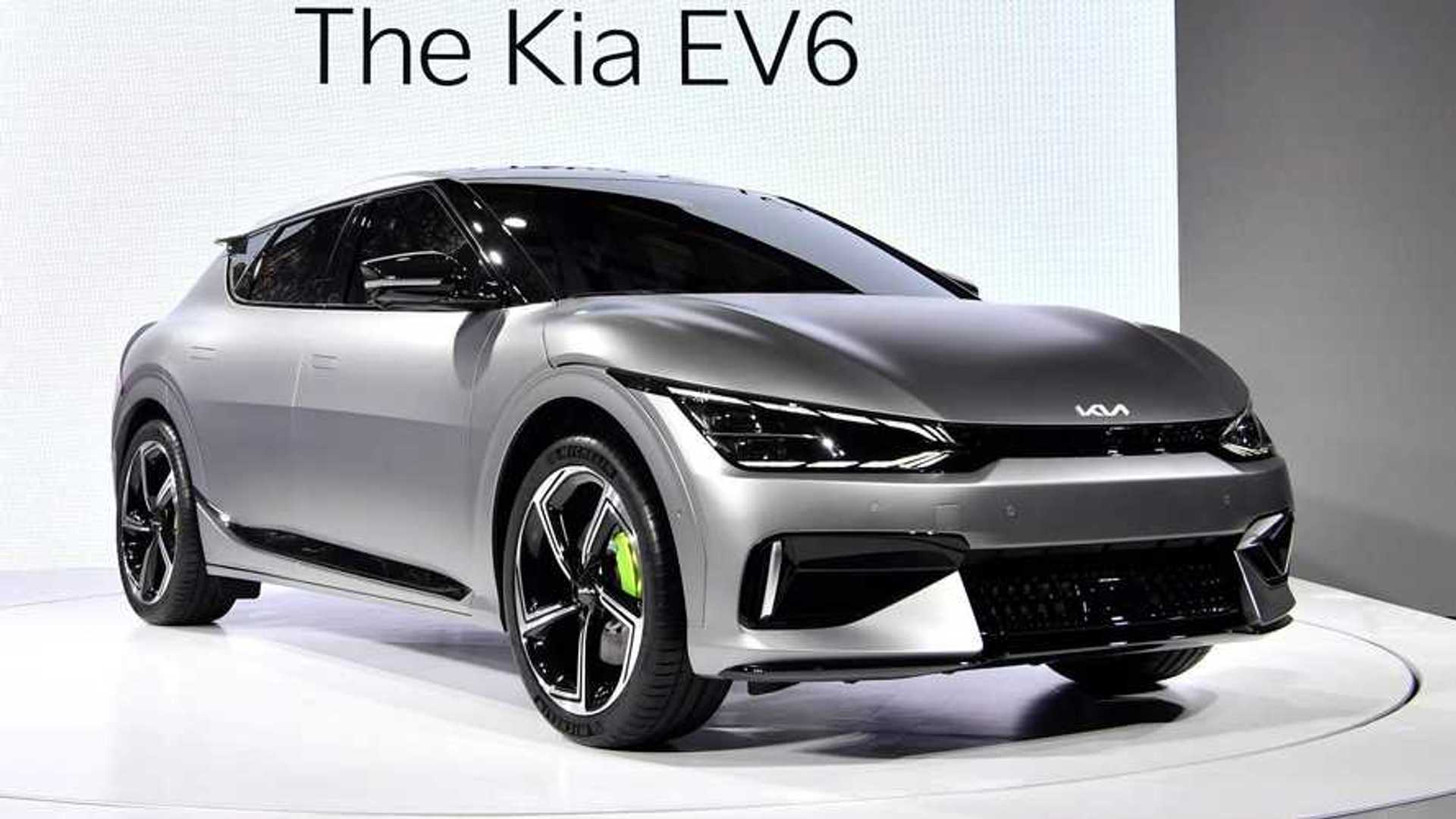 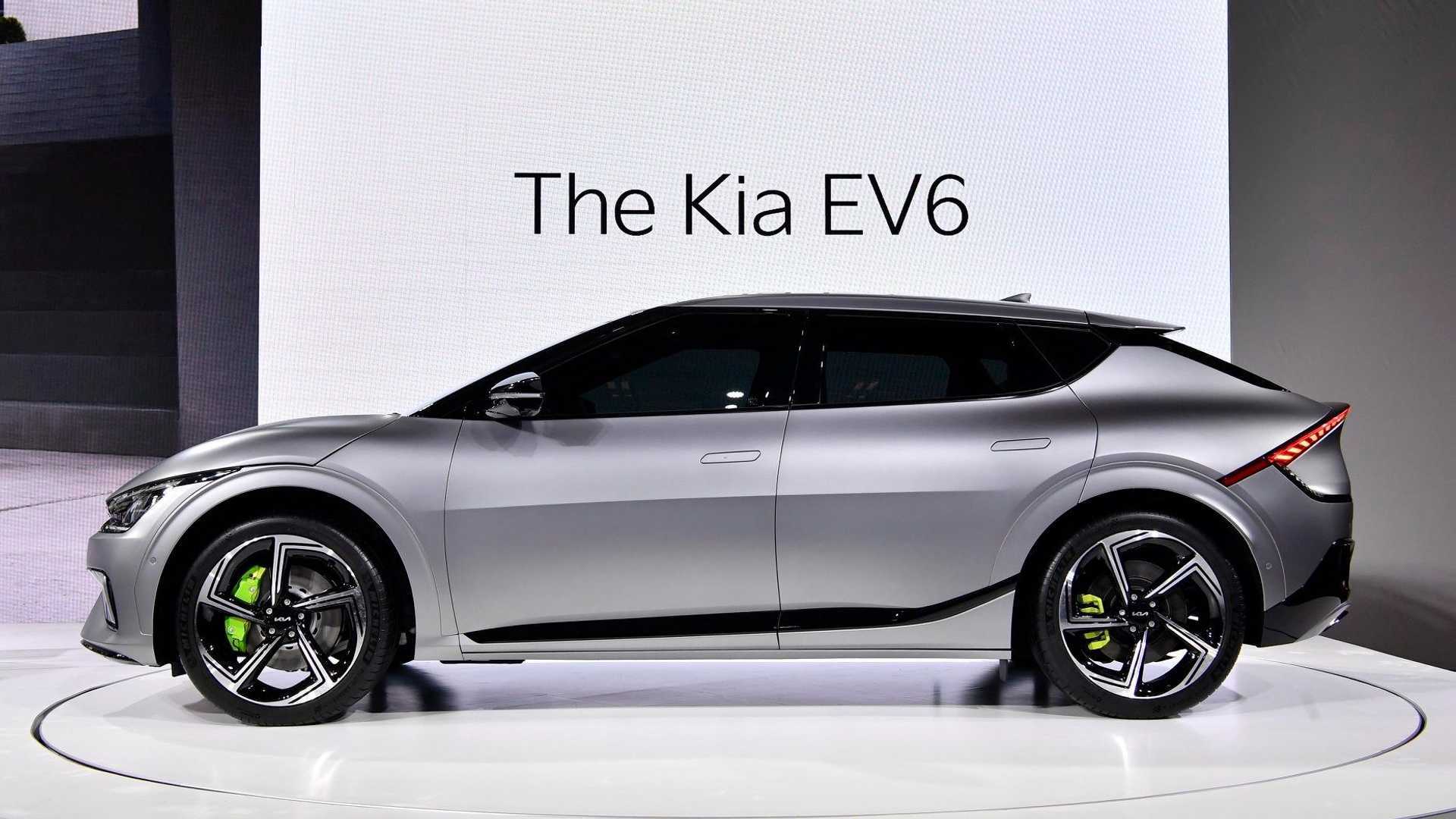 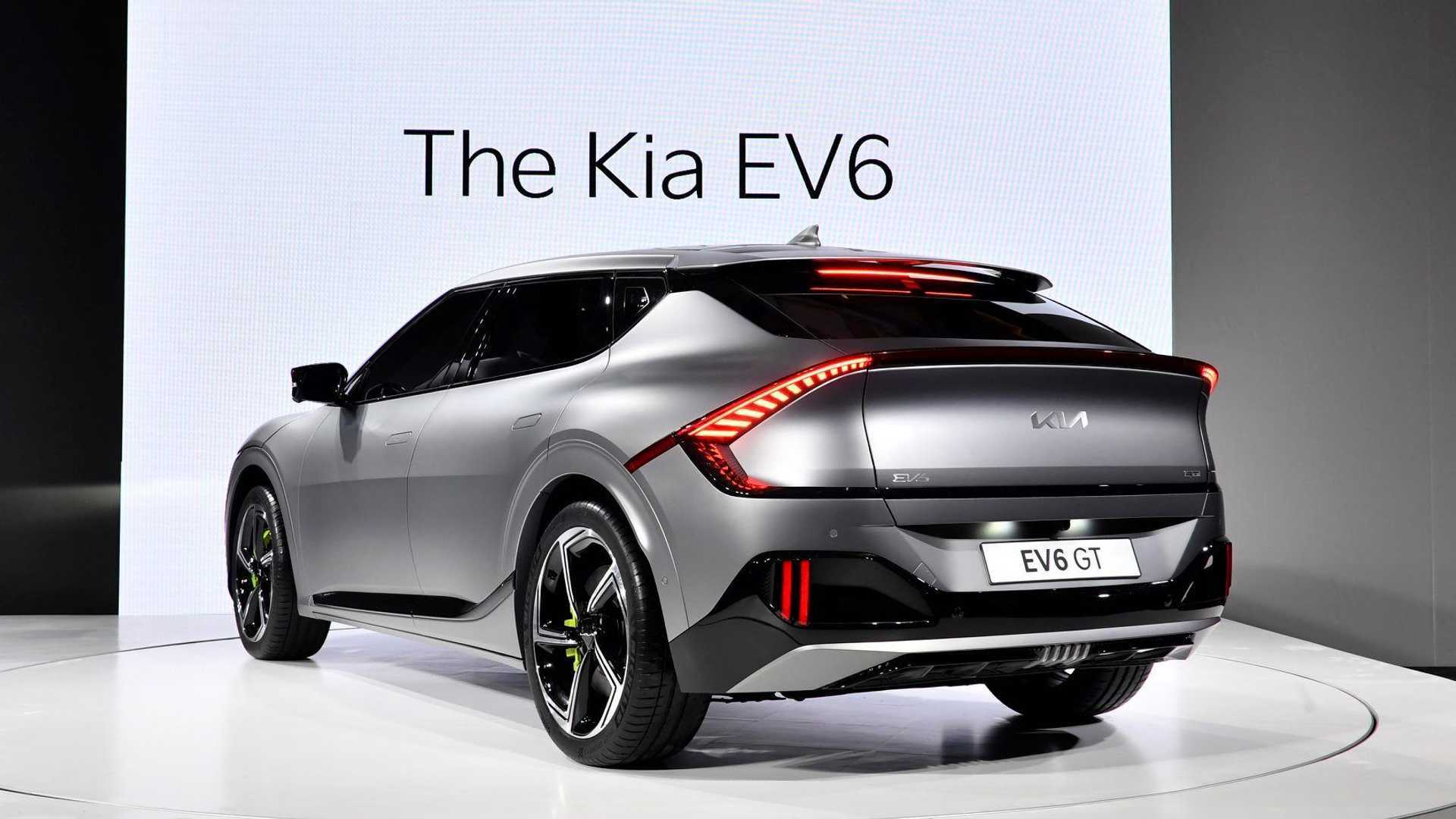 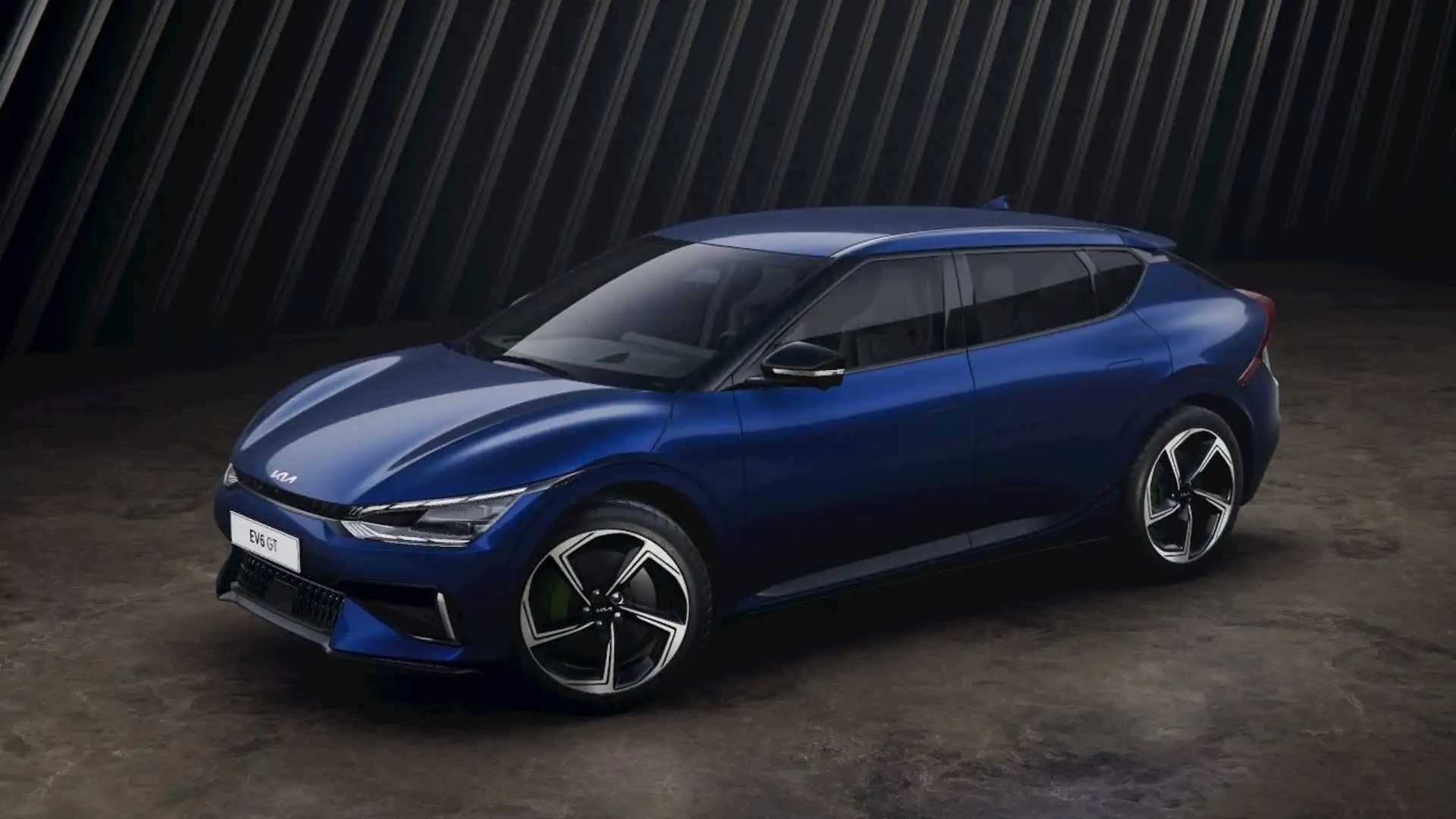 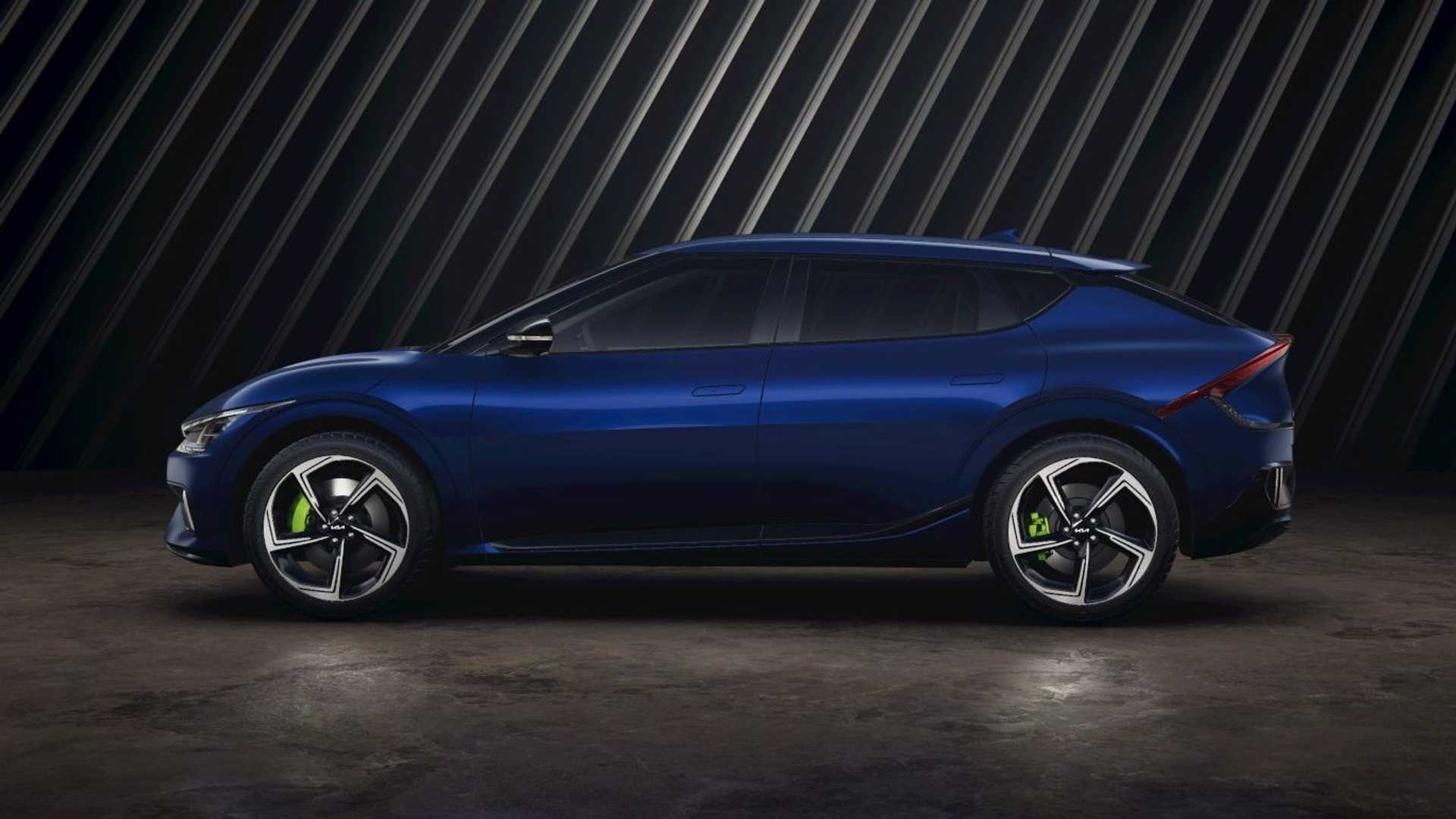 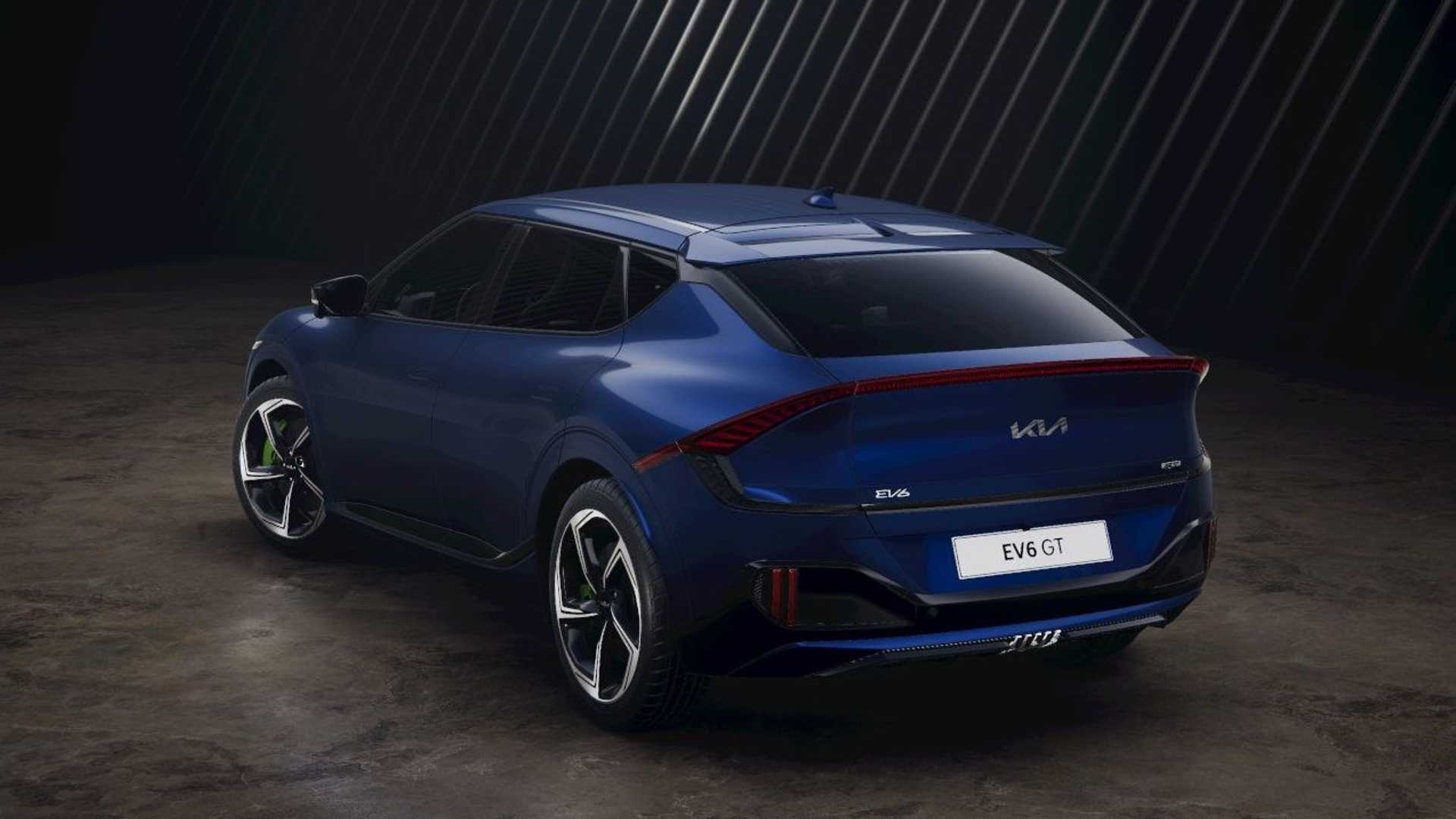 Putting the EV6 next to the Hyundai Ioniq 5, you wouldn’t be able to tell the two share the same E-GMP platform since the electric crossovers have entirely different designs, inside and out. The sporty GT version of Kia’s new EV is only offered with these two-tone alloy wheels contrasted by the lime brake calipers, which remind us of Porsche’s brakes used on their hybrid models, including the 918 Spyder hypercar.

As with other vehicles developed right from the start as EVs, the electric crossover has an impressively long wheelbase in relation to its overall length by shaving off the overhangs as much as possible. The same holds true for the Ioniq 5 – which has an even longer wheelbase – and both have a clamshell hood as wide as the vehicle to reduce panel gaps.

Word on the street says Genesis will be coming out with its own electric crossover on the E-GMP platform. Possibly called the “GV60,” the more luxurious version of the trio will allegedly be unveiled before the end of the year. Spy shots have already revealed the vehicle will follow the company’s Two Lines theme, and that should give the model a unique look to separate it from the more mainstream EV6 and Ioniq 5.

The future of EVs for the three Asian brands is not all about crossovers as we’re expecting a multitude of body styles in the years to come, including sedans, coupes, and even minivans. Hyundai’s new 11-seat Staria already looks like a futuristic family hauler that eschews the combustion engine, even though it still has traditional powertrains.