Kanye West's Donda Company Teases A Car Made Out Of Foam 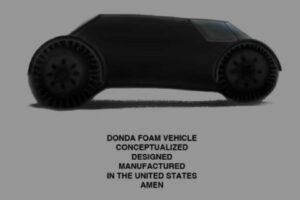 Kanye West will always be part of the conversation when talking about the realm of American celebrities. With over 12 million followers on Instagram as of this writing, the rapper has done so much in his career, including putting up the popular Yeezy line of shoes.

Now, it looks like Ye is entering the automotive industry with his company Donda Industrial Design. The news came when Donda teased a vehicle through a shadowy image, published by several media outlets (see picture atop this page). The image came with a caption that says:

First, let’s talk about the vehicle. The image shows a polygonal car with huge wheels on both ends, not leaving any space for overhangs. The wheels look like those found on the airless Michelin Uptis tires.

Meanwhile, the greenhouse of the vehicle is almost non-existent, only relegated to the front end. There’s not much to say about the teaser except that it looks like a concept for now – and a polarizing one at that.

The Donda foam vehicle teaser came with an announcement. Sneaker designer Steven Smith was appointed by West as the head of Donda Industrial Design, which will reportedly be making the foam vehicle.

Smith is a veteran in the shoe industry, penning iconic shoes in the process. He started as a designer for New Balance in 1986 and then went on to various companies – such as Adidas, Reebok, Fila, and Nike – filling up his portfolio with iconic shoes.

Smith’s latest work with Kanye was with the Yeezy line and now, as the head of the Donda Industrial Design. He will be working beyond sneakers at Donda, particularly on furniture, vehicles, and more. 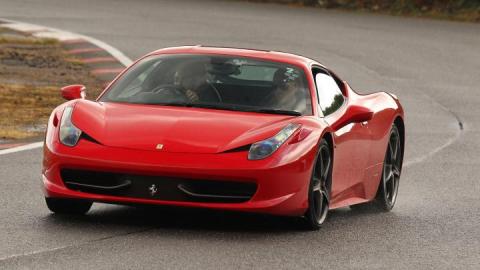