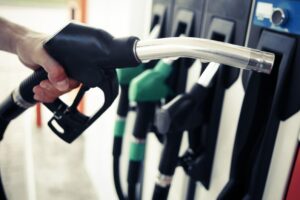 Protestors from Just Stop Oil have attacked two petrol stations on the M25, committing criminal damage in the process.

In the incidents at Cobham and Clacket Lane, some protestors used spray paint, while others violently smashed up the fuel station. One protester glued himself to a petrol pump.

The protest took place at rush hour, and meant the pumps had to be turned off and drivers diverted away by police. In a statement, Surrey Police said they were working as quickly as they could, despite failing to stop the protests going ahead.

Just Stop Oil’s campaign to disrupt the UK’s petrol and diesel supplies started on 1 April. While the Government and fuel distributors have previously attempted to keep a lid on the scale of problems in a bid to prevent panic buying of the sort we’ve seen before, there’s no doubt the latest protests have caused significant disruption to drivers. At one point in April it was being reported that one-in-three filling stations had run dry, and any future escalation will likely seek to create even more disruption for drivers and wider society.

Dan Wootton, spokesman for the Campaign for Fair Fuel reflected the view of many drivers when he called the group “eco-terrorists wreaking havoc on society”. He recently called for the police and authorities to do more, as they appeared to “shrug off” the impact of the protests.

Just Stop Oil claims that more than 400 people have participated in recent actions to halt operations at critical supply depots, which successfully halted operations for up to 24 hours at a time. There have been hundreds of arrests, with five protesters held on remand over Easter accused of breaching court injunctions.

Many drivers have expressed outrage about the protests and resultant filling station closures on social media, while the Essex Constabulary’s deputy chief constable told the Daily Mail before Easter that policing the protests had already cost in excess of £1 million. He wants the oil industry to provide more on-site security.

Home secretary Priti Patel said: “Hard-working people across our country are seeing their lives brought to a standstill by selfish, fanatical and frankly dangerous so-called activists.

“Keir Starmer’s Labour Party repeatedly voted against our proposals that would have given the police extra powers to deal with this eco mob. The police have my full backing in doing everything necessary to address this public nuisance.”

Looking to ditch your petrol or diesel car for an EV? Check out our list of the best electric cars here…