Home » Car Reviews » Just Stop Oil protesters vow to bring M25 to a standstill this week – ‘I have no choice!’

Just Stop Oil protesters vow to bring M25 to a standstill this week – ‘I have no choice!’

Members of the Just Stop Oil protest group took part in civil action earlier today, climbing on overhead signs and hanging banners above the M25. As a result of the five supporters, police were forced to close sections of the motorway.

The environmental action organisation said they were doing this in response to the record-breaking temperatures seen yesterday.

Lincolnshire saw temperatures reach as high as 40.3C, while fires were seen all around London, prompting firefighters to declare a major incident.

They are demanding that the Government calls an immediate halt to new oil and gas projects in the UK.

It is said that this is the first necessary step to ensure a “liveable future”. 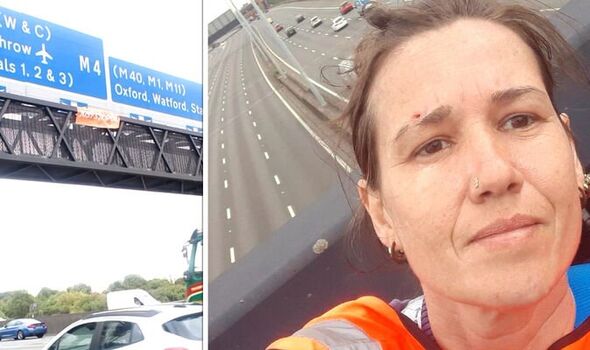 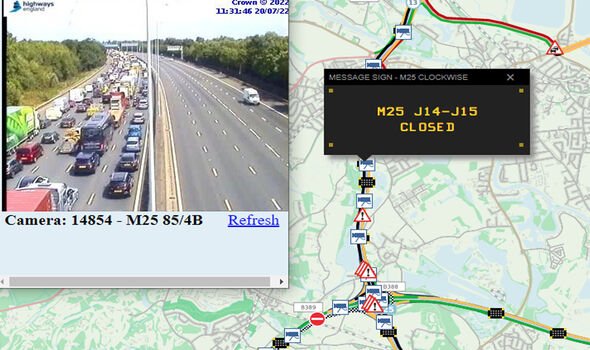 As part of the civil disobedience, they have asked drivers to avoid travelling on the motorway from Wednesday to Friday as they will be blocking the motorway.

The group said it “fully acknowledged” the cost and disruption it will cause, but suggested that the Government should be responsible for any compensation.

One of the supporters of the group, Cressida Gethin, said she was “dumbfounded” by the negligence of the Government.

The 20-year-old student from Herefordshire added: “I am terrified by the extreme heat in the UK this week, knowing that this will only get worse as we continue to extract and burn more and more fossil fuels.

“This country has the technology and money to begin a just and rapid transition immediately using renewable energy, insulation and cheap public transport.

“But our Government refuses to do so. I feel it is my duty as a human being to demand change in a way that cannot be ignored.

“Thousands of people in the UK will die this week as a result of the extreme temperatures we are experiencing.

“We are in this situation because of our use of fossil fuels.

“Against this backdrop, the UK Government plans to open 40 new oil and gas fields in the North Sea this Autumn.”

National Highways reported that three lanes have been closed between Junction 11 for Chertsey and J10 for Wisley on the south-west stretch of the motorway.

This comes at a time when most schools across the UK are set to break up for the summer holidays.

Millions of Britons are also expected to be setting off on holidays, with many travelling to the airport or travelling for a staycation.

Another supporter of Just Stop Oil, Louise Lancaster, a former teacher from Cambridge, is calling on the Government to urgently intervene.

She said: “The world is burning, it’s got to be obvious now to the people of this country, you have been lied to, fobbed off by the Government and media fuelled by the oil barons and their greed.

“We have a serious, serious emergency; action needs to be taken. The Government must not licence 40 new oil fields.

“The Government must take swift action to stand by its climate pledges and protect the future for our young people.”

On July 23, Just Stop Oil and other environmental activists will march and sit down in Westminster to helo create “mass civil resistance”.

A third protestor, Emma Mani, lived most of her life in India, saying she can’t live in the UK with integrity knowing she was doing nothing to “save the billion people I have left behind.”

She added: “You’ve experienced 40C. Are you ready for 50C? The UK is on fire. Our house is on fire, but you didn’t listen then.

“Listen now. Take action. Your Government doesn’t give a f***. I don’t want to do this. I have no choice.”