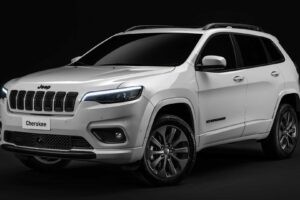 Jeep has announced that it will end production of the right-hand-drive Cherokee soon. The automaker didn’t provide a specific timeline for when this would happen for the aging model, but discontinuing production will remove the SUV from the Australian market. Sales of the car have fallen there in recent years.

A spokesperson for Jeep Australia told CarExpert.com that the move will allow Jeep to focus more marketing and sales resources in “key volume models.” According to the publication, Jeep has fewer than 40 new Cherokees for sale left in the country.

Sales for the model have drastically declined over the years, with Jeep selling just 382 Cherokees in Australia in 2021. It barely outsold the SsangYong Korando, and they were a far cry from 2015, when Jeep sold 6,156 Cherokees in a year. However, a year later, in 2016, sales would fall to 2,079 and never recover.

Jeep introduced the KL Cherokee for the 2014 model year in the US. Its split-headlight design, now much more common in the industry, turned off many potential customers, with a 2018 redesign leading to its best sales year in America – 239,437. However, much like in Australia, sales of the SUV have fallen in recent years, with the model down 61 percent through Q3 2022 compared to the same time in 2021. Jeep ended last year with 135,855 Cherokee sales in the US.

According to the publication, Jeep is allegedly working on a Cherokee replacement. It could arrive before 2024, but it’s unclear if the SUV will be a local product or something global – and there’s little more than speculation and rumors at the moment.

Since the Cherokee’s introduction in the 2010s, Fiat Chrysler Automobiles merged with PSA Group to form Stellantis. Jeep is one of more than a dozen brands under the conglomerate’s umbrella, and it’s an ardent participant in the electric car revolution as the company plans its future products.

The Cherokee hasn’t received a meaningful update since 2018, and it competes in a popular segment that’s only getting tougher. It’s about time for a second-generation Cherokee to emerge as sales of the current-gen model continue to fall. A significant redesign could make it competitive again.