Jaguar New Boss Explains Why The XJ Had To Die 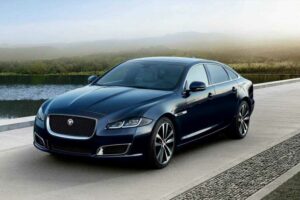 If you haven’t noticed, Jaguar and Land Rover are under new management. JLR’s new CEO,  Thierry Bollore, officially started work in September of 2020 where he began rolling out his new vision for the stalling brands. Thierry Bollore started his first month working at JLR driving around every single Jaguar and Land Rover product to learn the brand. He also killed off the Jaguar XJ luxury sedan.

Starting a new job is never easy and joining a passionate team like the group at JLR as CEO must be a daunting task. The situation when Thierry Bollore joined was very clear, Land Rover was a massively successful brand with a clear growth path and Jaguar could use a little work. Previous management imagined Jaguar as a BMW competitor and aligned the brand’s models to compete with BMW’s product offerings. Jaguar found some success with this strategy, but as Thierry Bollore told Autocar, why would you buy a product imitating something that you could simply go out and purchase.

Thierry Bollore’s vision is quite simple, build Jaguar products that are uniquely Jaguars and stop trying to imitate customers. Thierry Bollore is tired of making copies and wants to see Jaguar focus on delivering originals. Bollore went on to explain his vision to Autocar, “ “The plan I brought to the company now looks like the minimum we can achieve. Reimagine is a live project and I have been amazed by the number of people who think we can go further and faster. It has become a cooperative effort with the team.”

In addition to reimagining Jaguar’s products, reliability is a top priority. Jaguar and Land Rover products have suffered in recent reliability assessments so rectify these issues is an important step to build the brand. We look forward to the future of JLR as their new CEO enacts this masterful plan for a strong future.