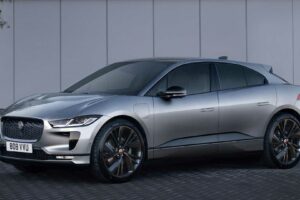 Jaguar reports 14,574 global retail car sales during the first quarter of 2022, which is a worrying 37.9% year-over-year decrease.

In such challenging circumstances, caused mainly by semiconductor shortages and supply constraints, the all-electric Jaguar I-PACE continues to struggle.

According to the press release, global retail sales of the Jaguar I-PACE in Q1 2022 amounted to 2,014, which is not only 10% less than a year ago, but basically the worst result since the market launch in 2018. The Jaguar I-PACE’s share out of the total Jaguar volume increased to 13.8% (compared to 9.5% a year ago).

It’s really difficult to predict the future of the Jaguar I-PACE – whether it will rebound once the semiconductor shortages ease or maybe if it will require some major update to make it more competitive.

Jaguar Land Rover says that the overall demand for its products continues to be strong with the order book growing to a record 168,000 units (up 16,000 during Q1 2022). It would suggest that the results (including I-PACE) potentially could be better.

The good news is that the company saw signs of improvement in chip supply:

“Jaguar Land Rover retail sales for the three-month period to 31 March 2022 continued to be constrained by the global semiconductor shortage. However, the Company saw a gradual improvement in chip supply leading to improved production and wholesale volumes compared to the previous quarter. This is expected to continue through the next fiscal year. Underlying demand for Jaguar Land Rover products remains strong with record orders in the quarter.”

Unfortunately, the manufacturer does not report its total plug-in car sales, despite having plenty of plug-in hybrid models.