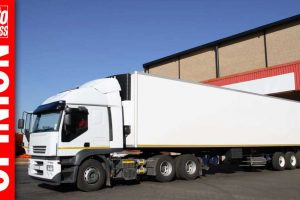 Lorry life requires drastic change – for the truck drivers imprisoned in their cabs, and for the car users they share the roads with. Also in need of TLC are residents blighted by HGVs parking in residential streets. It has to stop. The achievable solution is more purpose-built, 24/7 truck stops – complete with decent loos, showers and eateries.

That said, after witnessing the trucking hell that stranded lorry drivers endured close to Britain’s channel ports at Christmas, it’s clear that these professionals deserve much-improved working conditions, including the right to spend more time at home. ‘Living’ on the road, almost non-stop, in horribly claustrophobic cabs can’t be right or healthy for the dads and mums, or the kids they rarely see.

Also, it’s time we admitted that it’s inefficient and dangerous for British-based truckers to use right-hand-drive articulated lorries in mainland Europe while, in turn, foreign-based drivers are using left-hand-drive artics in the UK. Road safety grounds alone provide a case for discouraging our trucks from going there, and theirs from coming here.

An alternative is to allow only full trailers from Britain to enter Continental Europe, and vice versa. So on a typical morning, the driver of a RHD HGV carrying a load of, say, Melton Mowbray pork pies will leave the factory, then head for a port, where his outgoing trailer is transferred to a ferry. Then the same driver collects his incoming trailer of, say, Parma ham, which he hauls back to the Midlands or wherever – on the same day. Meanwhile, that trailer of pork pies is taken across Europe by a local LHD truck. What could be simpler, safer and more efficient?

With planning, state-of-the-art tech and co-operation between British and foreign hauliers, backloads will be essential, and result in most or all trailers being at or near full every time they’re loaded onto ferries. But in our reinvented ‘independent’ Britain, we’d also do well to rely less on imports by getting busier and better at manufacturing our own goods, while growing more of our own food. For example, millions of important but simple automotive parts are imported into the UK every year. But it’s a needlessly complicated, fuel-wasting, air-polluting process. And we can seriously ease it by making more components in Britain, before they’re used in the production of Brit-built cars.

And, since we can theoretically grow and farm enough high-quality fruit, veg and livestock for our almost 70 million citizens, why are we clogging up our troubled ports and creaking road network with so many loads of apples, spuds, chickens, and more from abroad? The only foreign-made products Britain needs are those we can’t (yet) grow, make, or ‘locally source’  here. So let’s shut the door on imported products we can easily create for ourselves. But let’s leave another open to continue receiving specialist goods like Parma ham, exotic fruit, the wines of the world, and great cars from Germany, Japan, Korea and the Czech Republic – four of the finest vehicle-producing nations. Incidentally, the fifth member of that world-beating automotive club is little Britain.

We find out what life is like as a HGV driver…