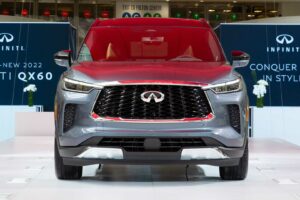 It seems like we’re hearing about disputes between auto manufacturers and dealerships on almost a daily basis. Hyundai recently issued a warning about excessive pricing, joining Ford and General Motors in addressing shady dealer practices that could hurt automakers. The latest comes from Infiniti, but this time the concern isn’t about gratuitous cash grabs before a purchase. It’s about cash grabs after the contract is signed.

We first heard about this through Cars Direct, which cited a letter from Infiniti Financial Services to dealerships. The subject of the letter detailed some nefarious actions against folks trying to buy the Infiniti vehicle they were leasing. Rather than sticking to the terms spelled out in the contract, some dealerships have allegedly added new fees or flat-out refused to honor the preestablished buyout price. Apparently, some dealerships even refused a buyout completely, forcing the lessee to either start a new lease or buy another car. And we all know what the market is like right now for both new and used cars.

Motor1.com contacted Infiniti for additional information on this situation, which has reportedly led to numerous complaints to the Better Business Bureau, the Consumer Financial Protection Bureau, and state Attorneys General offices. A spokesperson confirmed that the company’s financial arm has indeed contacted dealerships.

“Infiniti clients who have financed their lease with Infiniti Financial Services (IFS) may decide to purchase their vehicle at the predetermined purchase option price contained in their lease plus any incidental charges necessary to complete the transaction as identified in the agreement,” said Infiniti in an email statement to Motor1.com. “We expect Infiniti Retailers to honor the lease agreement. Additional information for IFS lessees is available at https://www.infinitiusa.com/owners/benefits/end-of-lease.html, and clients may also contact IFS at 800-887-5159 with questions about their purchase options.”

Infiniti’s efforts to quell unscrupulous dealers also extend to third-party deals regarding leasing and financing, with the automaker saying it expects dealerships to honor those contracts as well. According to Cars Direct, locations that don’t play nice could be subject to funding delays or omitted from participating in automaker purchasing/leasing programs.